Ryan Garcia is coming to the defense of Adrien Broner — who pulled out of his scheduled bout with Omar Figueroa Jr. citing mental health issues — applauding the former champ for the decision, despite how fans may react.

“Love you AB, i know it’s not easy to step back and take time from the ring, but no doubt taking this time you will come back healthier and stronger,” Garcia wrote on Twitter.

“Focusing on your mental health is not weakness it’s strength. You got my support #MentalHealthAwareness” he added.

Of course, Garcia has publicly dealt with mental health issues himself. In February, Garcia revealed he was battling depression, even admitting things got so bad, “I wanted to kill myself at one point.”

Like Broner this week, Ryan withdrew from his fight with Javier Fortuna in April (they eventually fought in July — Ryan won via KO in 6th Rd.). 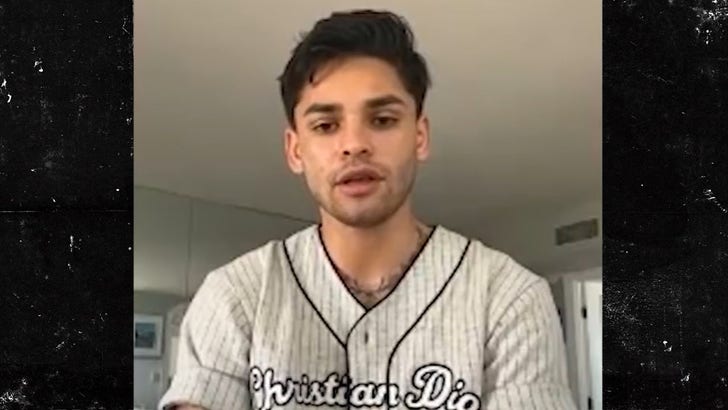 As we reported yesterday, 33-year-old Broner called off his bout against Figueroa on Aug. 20 in Hollywood, FL. … saying he’s not in the right frame of mind to compete.

“Man, I’m going thru a lot at this moment in my life but I ain’t go give up I set some more goals and UI ain’t stopping until I finish what I started but sorry to say this but I’m not fighting #August20th,” Broner wrote.

Broner also said, “I need to make some changes for the better instead of worrying about other people feelings and pleasing them when In all reality I have nothing to prove to nobody” … adding he needed to overcome this obstacle before he risked his life inside the squared circle.

32-year-old Figueroa, however, wasn’t buying AB’s reasoning for withdrawing at the last minute … and ripped the 34-4-1 fighter, challenging him to prove he’s seeking help, and not pulling out for other reasons (OF accuses AB of not being in shape).

“Not saying you DON’T suffer from mental health issues as WE CAN ALL tell you do, just don’t use it as an excuse now after you’ve been undisciplined and not taking this fight/training camp seriously,” Figueroa wrote on social media.

“If it really IS mental health, PLEASE SHOW US THE PROOF THAT YOU WENT AND SOUGHT PROFESSIONAL HELP,” Omar added.

Sadly … this isn’t the first time Broner and Figueroa were set to clash. In 2018, it was Figueroa who pulled out of their scheduled fight … due to an injury.

Omar will be fighting Sergey Lipinets (16-2-1) in place of Broner.