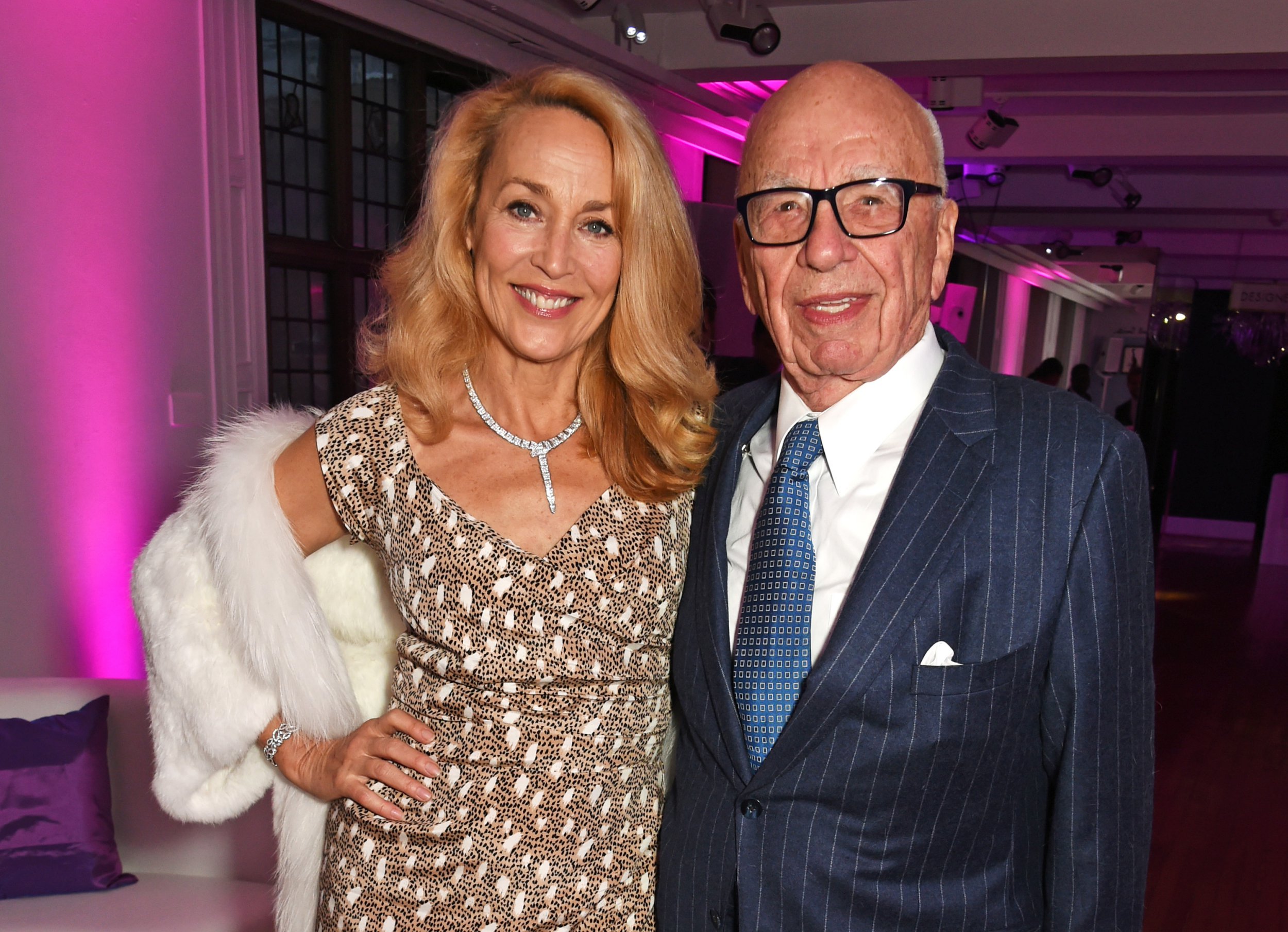 The couple have been married for six years after tying the knot in a lowkey ceremony in London in March 2016.

It is the first marriage for model Hall, 65, who was previously in a 22-year relationship with Rolling Stones rocker Mick Jagger, who she shares four children with. The former couple said their vows in a marriage-like wedding ceremony but it was never made official.

According to the New York Times, two sources close to the matter claimed Murdoch and Hall’s marriage had broken down and they were planning to divorce.

The publication reports that Bryce Tom, a spokesperson for Murdoch, declined to comment.

Hall and Murdoch went public with their romance when they attended the Rugby World Cup together on November 1, 2015.

Two months later, their engagement was announced with a notice in Murdoch’s own newspaper, The Times, and two months after that, they tied the knot in St Bride’s Church on Fleet Street.

Shortly after the nuptials, Murdoch announced he would be taking a break from social media to enjoy married life with the model, tweeting: ‘No more tweets for ten days or ever! Feel like the luckiest AND happiest man in world.’

Hall was in a relationship with musician Jagger from 1977 to 1999, and the pair are parents to Lizzie, James, Georgia May and Gabriel. Murdoch has six children from his previous relationships – Prudence, Lachlan, Elisabeth, James, Grace and Chloe.

The media mogul’s first marriage to Patricia lasted for 11 years from 1956 to 1967, while his second marriage to Anna ended in 1999 after three children and 32 years together. Murdoch was 68 years old when he married third wife Wendi, then aged 30. The pair went on to have two children but Murdoch filed for divorce in 2013.