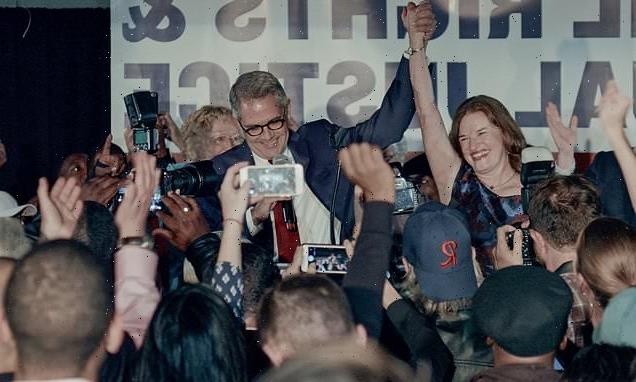 Spying On The Royals

You can imagine Larry Krasner as the hero of an imported American political drama, along the lines of The West Wing.

He is an activist liberal lawyer who unexpectedly joined the heart of the Establishment after winning an election to become district attorney in one of the country’s biggest cities.

And there’s a Hollywood-worthy back story too, because he is driven by childhood anger at the injustices faced by his disabled father.

Can he shake up the system? Can he defeat fierce opposition from the police and political rivals? And what was he thinking of with that ponytail he wore when younger?

Yet Philly DA: Breaking The Law (BBC4) is actually a documentary set in Philadelphia, which we are told is ‘the most incarcerated big city’ in the United States. Most incarcerated city? Truly we are two nations divided by a most mangulated common language. 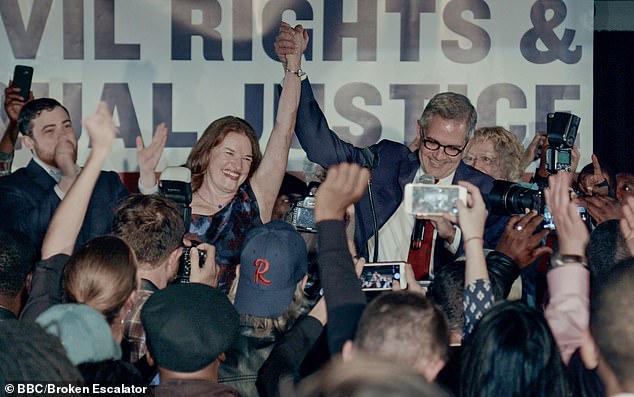 Larry is built up straight away as a great liberal hero of the people.

He has sued the police 75 times during his career, and has a bevy of adoring followers who love to chant anti-police slogans, moving the leader of the police union to observe: ‘The bottom-feeders of the city are all gathered in one place.’ This is an officer, a man of considerable bulk, that you definitely wouldn’t care to meet down a dark alley while in possession of liberal views and a ponytail.

MEDICAL ADVANCE OF THE WEEK

BBC2 viewers got another chance to see Horizon Special: The Vaccine yesterday.

Presumably anyone who has had two doses of the programme can now watch documentaries about Covid without any side-effects.

Larry wins the DA election by a landslide, and — in true dramatic fashion — discovers that running stuff isn’t easy. There is a wonderful moment when he addresses his new staff, and gets a reception that’s about 20c below lukewarm.

Next we see a line of staff members being escorted from the premises, trudging into snow-covered streets with their belongings in cardboard boxes. Even at the office, the U.S. is a nation divided.

So will Larry succeed in bringing down crime while keeping minor offenders out of jail? We have seven more episodes to find out.

However, look away now if you don’t wish to know that last year homicide rates in the city reached a 30-year high.

Spying On The Royals (More4) was supposedly about a surveillance operation against the exiled Duke and Duchess of Windsor.

At one point, both the British and the Americans were listening to their private conversations during a trip to Florida. Their phones were tapped, and their hotel rooms were bugged.

But with new revelations about tensions between William and Harry hitting the news, the main point of interest was that bitter fraternal royal feuds are nothing new. Indeed, King George VI personally paid for the MI6 operation against his brother.

When Edward and Wallis visited Germany in 1937, George ordered the Berlin embassy to ignore them. 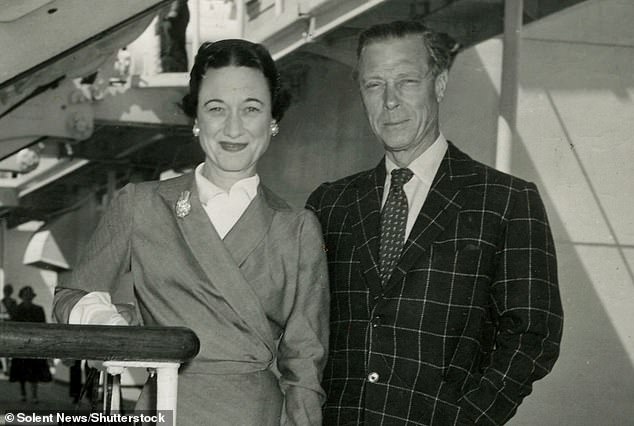 Spying On The Royals was supposedly about a surveillance operation against the exiled Duke and Duchess of Windsor (pictured: Prince Edward and Wallis Simpson in the 1950s)

Edward fled from France to neutral Portugal, but George quashed any hope of a return to Britain. It might have helped if Edward — not a man who would have been headhunted by Mensa — hadn’t told a Daily Herald reporter that he’d consider replacing his brother and becoming president of a republic if Labour came to power.

That particular part of the interview never made it into the paper.

‘Edward was disgruntled, he was angry with the Royal Family,’ said one historian.

‘He wanted to make the point: ‘Look, I’m important.’

‘He was playing a very dangerous game.’

Does that sound at all familiar?

Christopher Stevens is away.