Asking for help. Roger Mathews posted the serenity prayer on social media amid his family drama and asked God to help him get through this hard time.

The truck driver, 43, uploaded a screenshot to his Instagram page on Tuesday, December 18, that read: “God grant me the serenity To accept the things I cannot change; Courage to change the things I can; And wisdom to know the difference.”

The prayer then urged people to live “one day at a time” and “[accept] hardships as the pathway to peace.”

“If I surrender to His Will; So that I may be reasonably happy in this life And supremely happy with Him Forever and ever in the next,” it concluded. The prayer is often used by Alcoholics Anonymous and other 12-step programs. 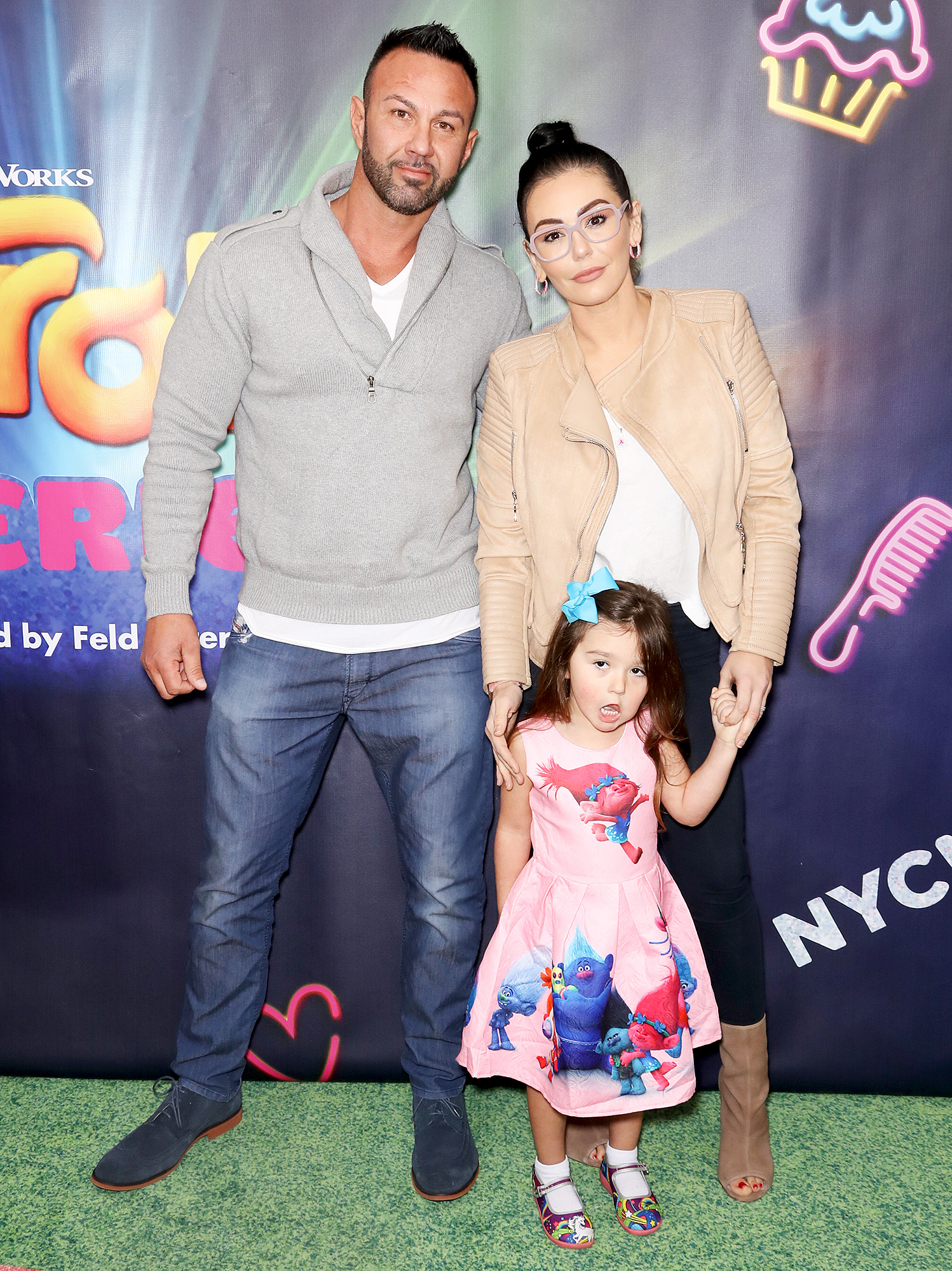 Mathews’ estranged wife, Jenni “JWoww” Farley, filed a restraining order against him on Friday, December 14, after the pair got into a heated argument. He later slammed the Jersey Shore star, 32, in a series of Instagram videos for involving police after she “became completely, uncontrollably emotional” during the disagreement.

He said at the time: “She gets so emotional and irrational in her anger, this is the level she brings it to … I’m not allowed to be there for my children anymore because somebody else is so hate-filled that they would do that to the father of their children, to a great father to their children.”

A source later told Us Weekly that Farley’s intentions were never to take the couple’s children away. The insider explained, “Jenni would never take her kids from Roger. The judge said Roger wasn’t allowed to see the kids and so Jenni went through extreme measures Friday to have someone get in front of a judge to make sure Roger could see the kids. Within 24 hours, he was with his son.”

The Naturally Woww founder, who filed for divorce from her estranged husband in September, shared a statement via Instagram on Friday and explained that “she felt it was in her best interest, and in the best interests of her children to” call authorities.

Farley and Mathews met in 2010 and dated on and off for several years before they wed in October 2015. They welcomed their daughter, Meilani, in July 2014 and their son, Greyson, in May 2016.