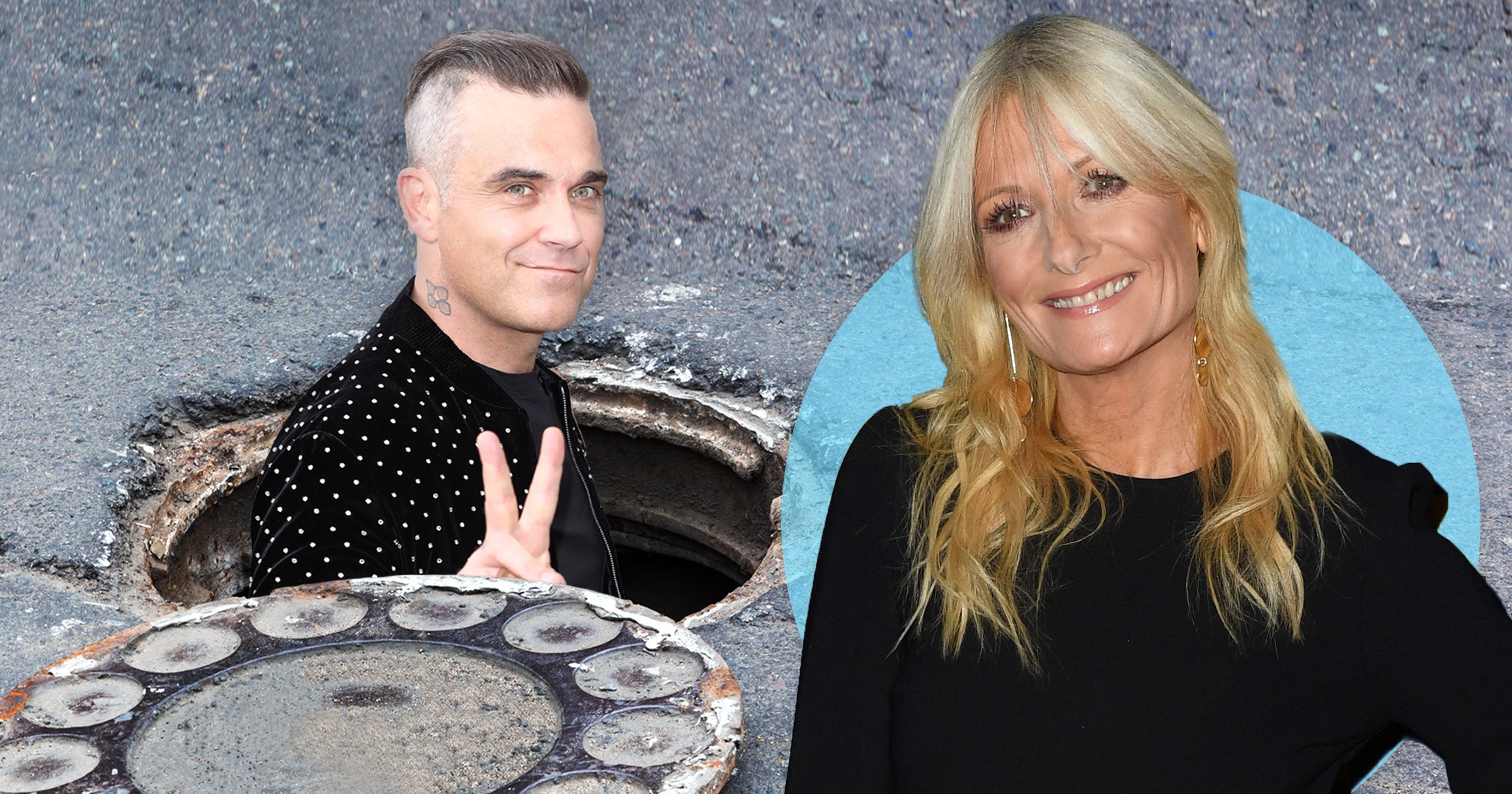 Robbie Williams has shared the very odd interaction he had with a helpful stranger, moments after he fell down a manhole while jogging.

Appearing on That Gaby Roslin Podcast, Robbie shared the story of how he ended up ‘underground’ after he fell down a hole in the road.

He explained: ‘I’ve fallen down a manhole. I was out jogging – this was in Stoke On Trent and I was in Take That. I was jogging back from my nan’s to our house and it was night time.

‘There was roadworks going on but nobody had put the… maybe somebody had moved the warning signs from around it.’

He admitted that actually falling down the manhole was the less weird part of the incident, adding: ‘I found myself running and then all of a sudden found myself underground.

‘Then somebody that was just passing by went: “Eh, are you alright?” and I went: “Yeah, how are you?”’

Well, at least he was polite!

Robbie also credited Ant and Dec for helping him embrace his performance style as ‘modern cabaret’ after trying to fit into different boxes.

He explained: ‘Do you know, it’s actually Ant and Dec that made embrace exactly the essence of what I do on stage. Because when I was 16 I was really into hip-hop and wanted to be this, and then indie music happened and I wanted to be that.

‘And all that happened was that I just came on stage with these massive jazz hands and couldn’t help the fact that I was like modern cabaret.’

That Gaby Roslin Podcast is available on Apple Podcasts, Spotify and all podcast streaming platforms. Episodes are weekly, released every Monday.