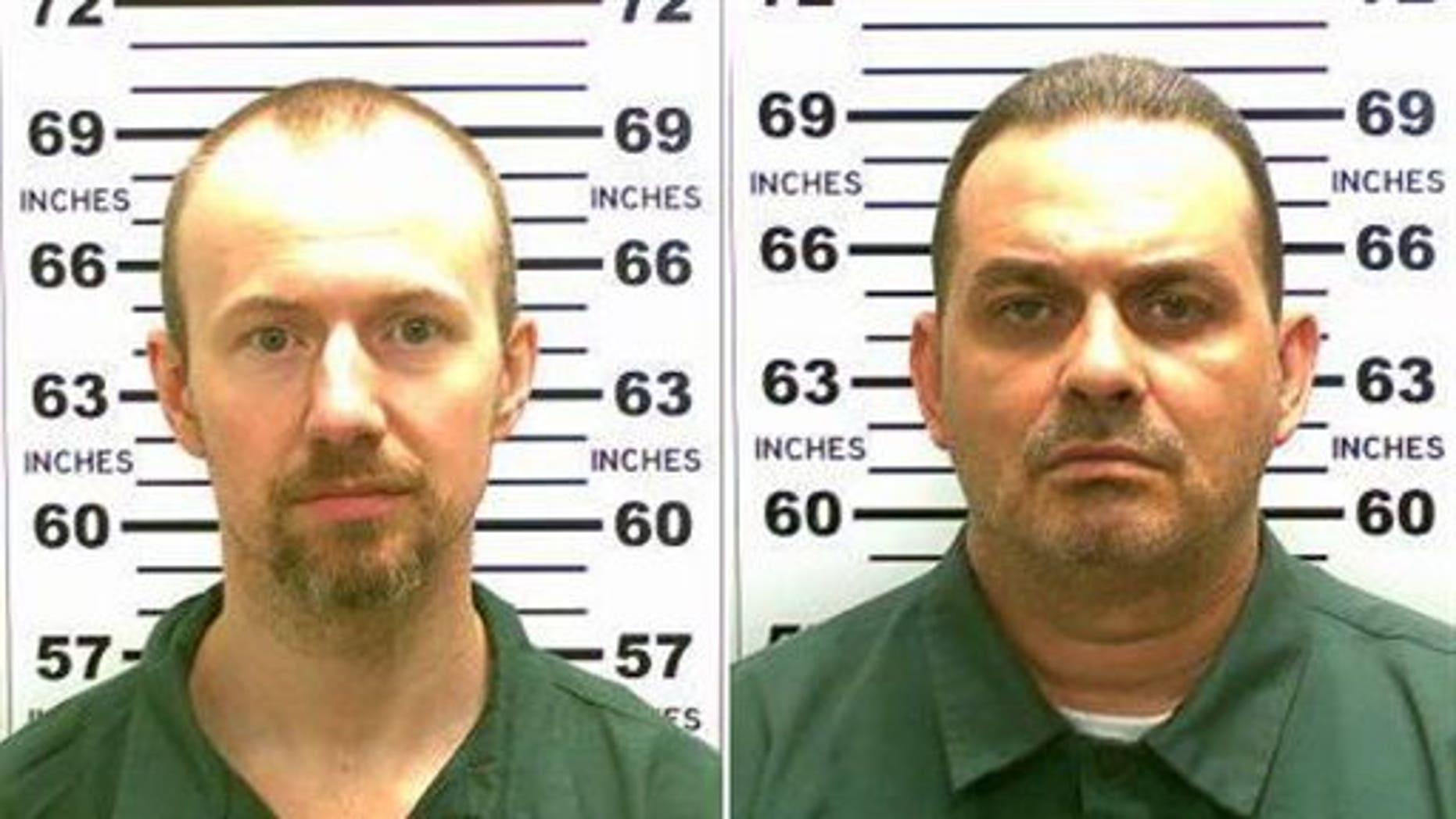 Jamie Scalise said she finally feels ready to come forward about the brief relationship she had with her father Richard Matt, a vicious killer who escaped prison only to meet a grim demise.

The 29-year-old is participating in Oxygen’s new special, “Dannemora Prison Break,” which delves into the shocking story of two homicidal inmates breaking out of a maximum-security prison in the sleepy town of Dannemora, N.Y.

The two-hour documentary features interviews with former guards and family members of the pair, among others.

Killers Matt, 49, and David Sweat, now 38, famously escaped from the Clinton Correctional Facility in 2015 by using power tools to saw through a steel cell wall and several steel steam pipes. They bashed a hole through a 2-foot brick wall and squirmed through pipes to escape.

The prison break also inspired a seven-part TV series that aired in November on Showtime titled “Escape at Dannemora,” which was filmed on location. It starred Paul Dano and Benicio Del Toro as Matt.

Matt was behind bars for beating, torturing, killing and dismembering his elderly boss during a dispute over money in 1997, the New York Daily News reported. He was serving 25 years to life.

Scalise told Fox News she has little memories of Matt from her childhood. “I have one memory of him taking me out of a bath as a child,” said Scalise. “He wasn’t around as I got older.”

Matt initially attempted to reach out to Scalise when she was 14 years old by writing the teenager a letter. However, she wasn’t ready to address his pleads to bond with her.

“As much as it wanted to tug at my heartstrings, it just didn’t do that for me,” said Scalise. “I handed the letter back to my mom. I really wasn’t ready to dive into that. And she didn’t really want me to embrace it either. So we tuck it away for a number of years.” 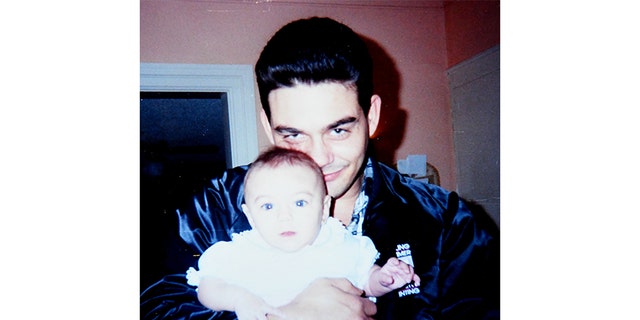 It wasn’t until 2011 when Scalise received another letter from Matt — and this time she was ready to respond.

“I was older and I had been on my own for several years now,” she explained. “I got married when I was 19. I was just ready to explore this person and stop ignoring it. I was ready to embrace that part of my life at 21.”

And once Scalise responded, a friendship between father and daughter blossomed through letters.

“As soon as I sent one letter out to him, he got around and immediately send me another," Scalise recalled. "We wrote with extreme frequency for the first year at least. He contacted me through that first letter in January. And by July we had planned our first visit.”

Scalise, who by then had developed a strong bond with Matt, was compelled to visit him in prison. 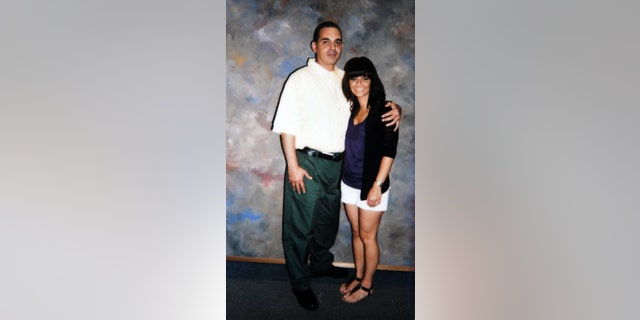 Jamie Scalise with her father, Richard Matt, during her first visit with him at the Clinton Correctional Facility in Dannemora, NY. — Courtesy of Jamie Scalise

“I had plenty of questions naturally,” she explained. “He told me if I ever had questions, he would answer them all. And honestly, I had some respect for that. He knew that if he lied to me, and I got wind of it somehow, it would ruin this relationship that he’s wanted for all these years. So I felt like I could talk to him about anything.

"[And] it really was the father-daughter relationship I had longed for — for years. It was dysfunctional the way that it happened, but it just felt very natural once we started writing back and forth. Nothing felt forced. We never ran out of things to talk about. … We just kept staring at each other. He hadn’t seen me since I was a baby. And I had no recollection of him."

For about three years Scalise, a self-employed hairdresser, would make the seven-hour drive twice a year to see her father. The letters continued with great speed. It didn’t take long for Matt to reveal his dreams of freedom.

When asked if Matt ever brought up the idea of escaping, Scalise quickly responded, “all the time.”

“He talked about getting out as if it were a for-sure thing,” she explained. “He wasn’t going to die in there an old man. He was going to get out somehow. He talked about how, one way or another, he was getting out of there and referenced escaping often. 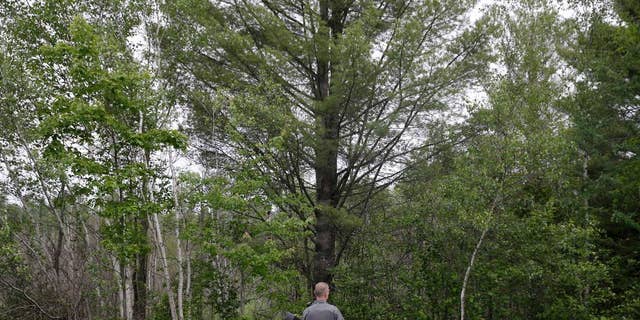 A law enforcement officer stands on a road and looks into the forest near Dannemora, N.Y., Friday, June 12, 2015.
(AP)

“I would just brush it off as standard prison fantasies that I’m sure every guy sitting in there had wished about late in their bunk at night. I never in a million years thought that anything would come from it. It just seemed impossible.”

However, Matt was serious. And on the morning of June 6, 2015, New York State Police revealed Matt and Sweat were missing during the morning count.

Authorities said the men had filled their beds in their adjacent cells with clothes to make it appear they were sleeping when guards made overnight rounds. On a cut steam pipe, the prisoners left a taunting note that read “Have a nice day.”

Prosecutors said Joyce Mitchell, a prison tailoring shop instructor who got close to the men while working with them, had agreed to be their getaway driver but backed out because she felt guilty for participating. 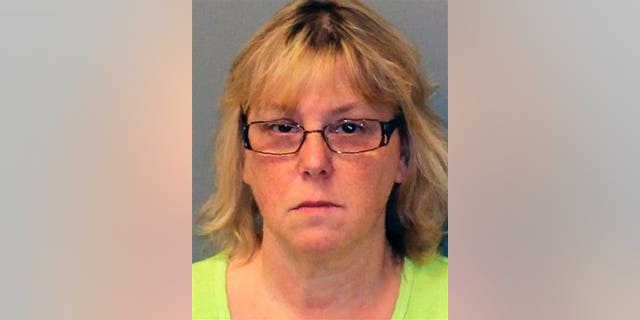 During that morning, Scalise was grooming a bridal party. Her phone suddenly started ringing and it refused to stop.

“I had a 2-year-old daughter,” said Scalise. “So I’m thinking the worst. I thought something happened to the baby. I saw my husband had called. I went to call him back, but when I picked up the phone, my mom was calling. So I answered my mom first. She had panic in her voice. She said, ‘Rick escaped. Lock your doors.’ It sounded like a joke. But when I heard that panic and fear in my mother’s voice, I knew it was real… I couldn’t believe what was happening. That son of a gun actually did it.”

Scalise said she tried not to get herself worked up because just a few days before she had learned a second baby was on the way. However, she found herself surrounded by reporters, who camped right outside her home. She was on 24-hour surveillance and two officers would rotate shifts to watch her every move. Wherever she went, three cars followed. A helicopter hovered over her property. Scalise's phone was also tapped and every piece of mail was reviewed. Still, Scalise stressed she was fully compliant because there was nothing to hide.

Two days after the escape, Scalise received a letter from Matt. It was dated June 1. It would be the last letter she would ever receive from her father.

“It’s eerie,” she said. “It did foreshadow that something was going to happen. But it didn’t detail it in any way, shape or form about an actual escape by any means. But he would say things like, ‘I gave you my word that someday I will see you outside these walls… When I give my word, I mean it. And always know that wherever I am, I will always love you.’ 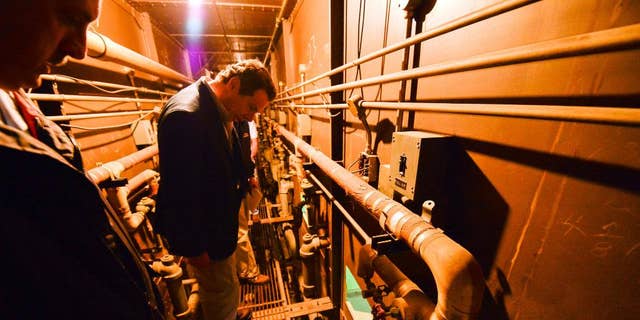 This photo provided by New York State Governor’s office shows Gov. Andrew Cuomo on a catwalk looking into the cell that inmates escaped from at a maximum-security prison near the Canadian border in Dannemora, N.Y.
(AP)

“It sounded like somebody was going to be leaving or, worst case scenario, someone was contemplating suicide… I knew my dad struggled. He did have depression. And you could see that reflected in some of his letters. But then he would always bounce back.”

The manhunt lasted for three weeks and ended when Matt was killed in a shootout with police. Sweat was captured near the Canadian border.

Scalise recently penned a memoir detailing her experience, a move she described as "therapeutic." But even after opening up, there’s one thought that still lingers.

“I just wish I could have written him more to keep him in tune with our lives and what we were doing,” she said. "[But] I think we understood that we cared and loved each other.”

Scalise emphasized that she in no way justified Matt’s wrongdoings. However, she hopes her story will help others understand why she attempted to befriend the killer. 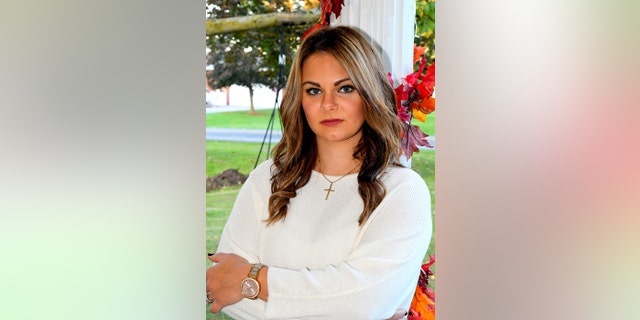 “We were moving on with our lives in the outside world, but he was just stagnant,” she said. “I guess he had other plans.”