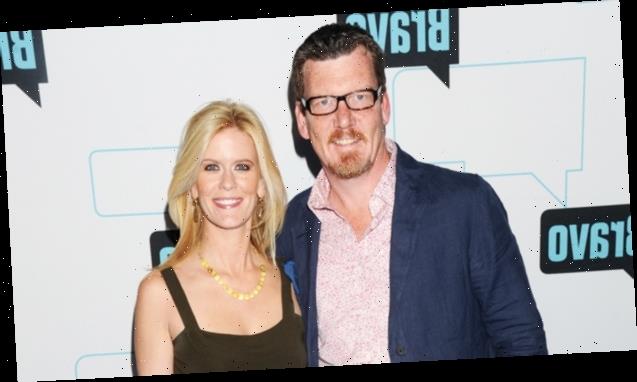 Fans of OG ‘RHONY’ cast members Alex McCord and Simon Van Kempen, couldn’t get over how ‘great’ they looked in a new selfie! See before and after pics of the couple!

Alex McCord and her husband of two decades, Simon Van Kempen, looked nearly unrecognizable in a new photo the former Real Housewives of New York City star, 47, shared to her Instagram account! Alex took to her IG on New Year’s Day, January 1, to share a sweet selfie pic of herself and her beloved beau. In the snap, Alex and Simon, 56, positively beamed at the camera while enjoying a day kayaking in their “backyard.”

“Happy New Year,” Alex captioned the photo, featuring Simon giving the camera a thumbs up. Alex also added the hashtags “staycation,” “our backyard,” and “2021” to her caption. While the photo was super sweet and showed Alex and Simon’s fresh start to a new year, fans couldn’t get over how great they looked since their days on the Bravo reality TV series!

“You guys look great,” one fan wrote emphatically. “Love seeing your smiling faces,” another admirer wrote. One person even left a comment saying that Alex and Simon were apart of “the hands down best ever housewives cast. It’s true, however, that Alex and Simon have definitely changed since their days on RHONY. Just take at the picture of the couple from 2011 below!

But Alex and Simon are still looking just as good, and in love, as ever, and it’s great to see that they still have an adoring fan base all of these years since being on Bravo. Alex and Simon were a part of the original cast of RHONY all the way back in 2008 — can you believe?! Simon and Alex often showcased their incredibly strong union, and they hardly spent any time apart. They eventually left the show after season 4 in 2011.

In 2020, the couple celebrated a major milestone and commemorated their 20th wedding anniversary by renewing their vows!  The couple wed in 2000 and share two children together — sons Francois and Johan. Here’s hoping fans get to see more them in the near future!