Products featured are independently selected by our editorial team and we may earn a commission from purchases made from our links; the retailer may also receive certain auditable data for accounting purposes.

One of the biggest surprises of the 2020-21 streaming season has been Bridgerton, the Regency-era series that was equal parts scandalous Shondaland drama as it was love letter to the entire bodice-ripper genre of fiction.

Based on Julia Quinn’s bestselling series of historical romance novels, the first season of the Shonda Rhimes-produced Netflix show covered the first book, The Duke and I, which follows the whirlwind courtship of upper-class socialites Daphne Bridgerton (Phoebe Dynevor) and Simon Basset (Regé-Jean Page). The show was an immediate hit with both royal watchers and drama fans alike, propelling the cast to rising star status, while taking the original book series to the top of the bestsellers list.

What Are the Best Bridgerton Books in Order?

While Netflix has announced that they will renew Bridgerton for a second season, it may be a while before another swoon-worthy batch of episodes is available. However, if you devoured the first few episodes like a delicious tea pastry and are hungry for more, look no further. Quinn’s original Bridgerton series has eight novels that follow the trials and tribulations, and of course, the romantic lives of the other Bridgerton siblings. With high tension, whirlwind romances, and steamy scenes (sometimes way more X-rated than what’s in the TV show), they’re great for people who think the gentle hand-caresses of Austen’s work are just too tame.

While you eagerly await Season 2, here’s our guide to catching up on the eight Bridgerton novels, and how to read them in order. Purchase them on paperback, for your Kindle, or listen to the audiobooks for free with a 30-day free trial to Audible here. 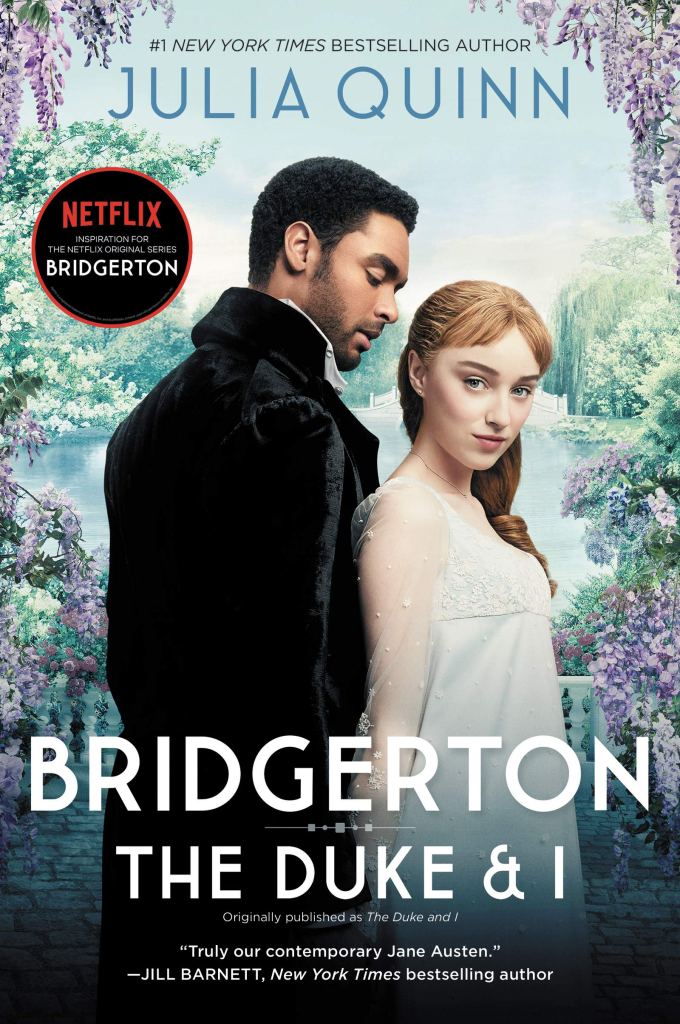 The source material for the Netflix series, The Duke and I centers around the classic fake-dating, will-they-won’t-they trope, but it’s done oh so well. During the high-society courting season, eldest Bridgerton daughter Daphne agrees to fake a courtship with the mysterious Simon Basset, Duke of Hastings. They plan their elaborate charade both to keep the prying eyes of nosey marriage-minded mothers off the Duke, and make Daphne a hot commodity with the other eligible bachelors. Their plan starts to unravel, however, when Daphne falls in love with Simon for real—you can tell where this is going, but the passionate journey is worth it.

2. The Viscount Who Loved Me 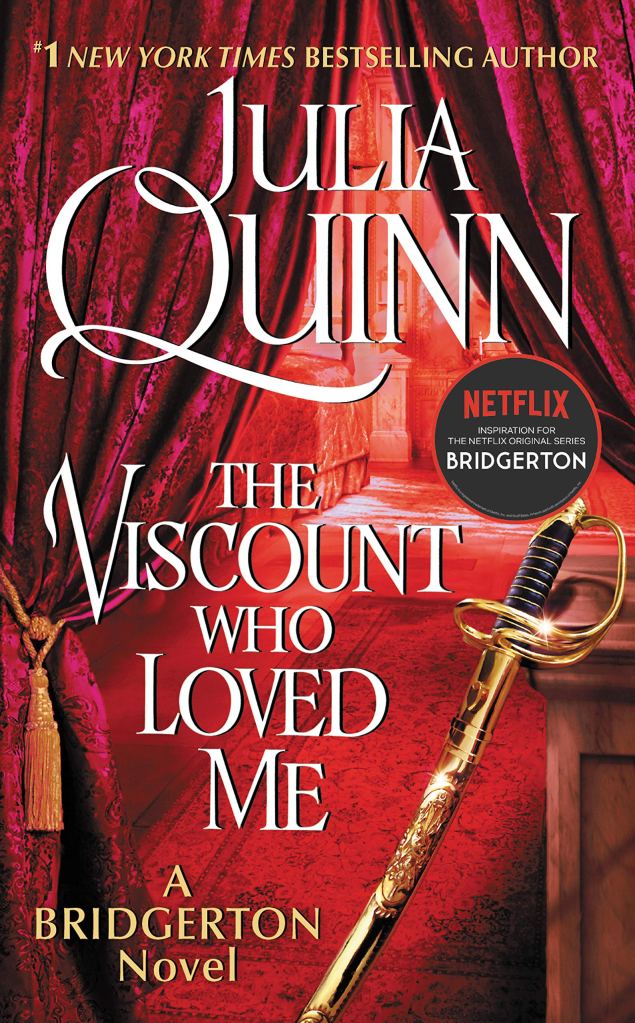 While the first book focuses on Daphne and Simon’s journey to marriage, the second surrounds the elusive bachelor and Lady Whistledown-certified rake, Anthony, the oldest Bridgerton son. After growing tired of his reputation, Anthony decides to settle down and marry Edwina, exactly the honorable young woman he thinks he needs. Too bad her sister, Kate Sheffield, is stopping his efforts at every turn, determined to stop her younger sister from marrying someone like Anthony. But through their witty banter and battle of wills, Kate finds that she might want the Viscount all to herself. Not everyone can be immune to that Regency bad boy charm.

3. An Offer From a Gentleman 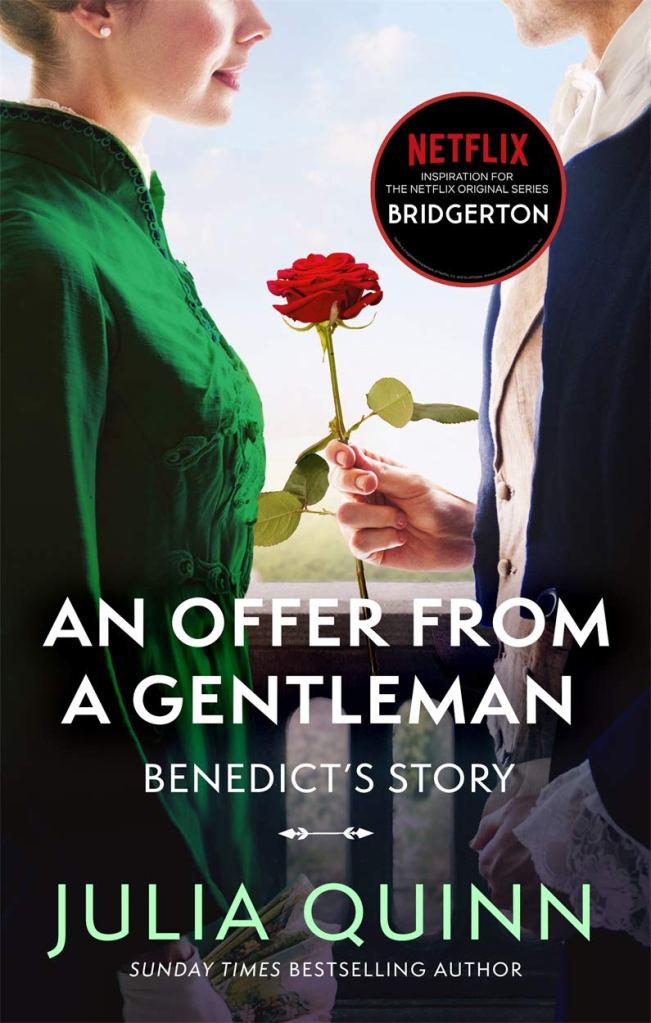 Who doesn’t love a good Cinderella story? Benedict Bridgerton, the second-oldest son of the clan, plays the part of Prince Charming as he has the night of his life at a masquerade ball dancing with a mysterious woman. That woman turns out to be Sophie Beckett, the daughter of an Earl, but who lives her days working as a servant as she was forced into the position by her cruel stepmother. Benedict is drawn to a familiar-looking housemaid as he searches for the mystery woman of his dream. But the novel explores the effects of their class difference, as Sophie knows they may never be able to be together. 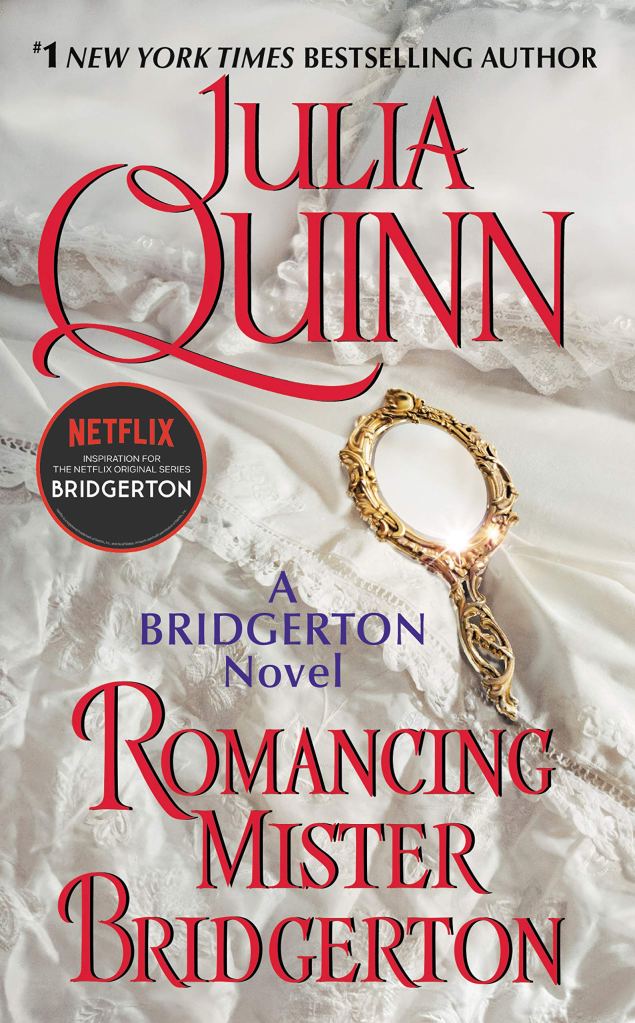 Fans of the Netflix adaptation will enjoy this follow-up to the unrequited romance between Colin, the third Bridgerton brother, and Penelope, the youngest Featherington daughter. After spending much time abroad, and growing tired of his rakish ways (sound familiar?), Colin returns to town and crosses paths with Penelope once again. She’s not quite the wallflower she once was, but she still holds a flame for him even after all their years apart. While they dance around each other, Penelope has a secret that could threaten everything if Colin finds out (those who watched the show can probably deduce what this secret is).

5. To Sir Phillip, With Love 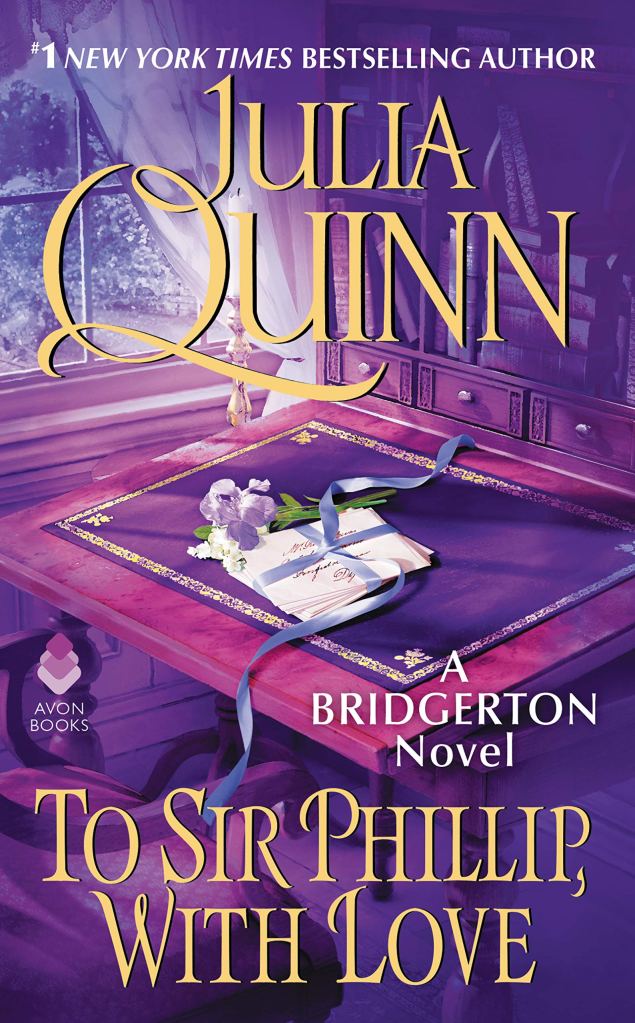 Quick-witted fan-favorite Eloise Bridgerton, who had no interest in marriage in the first season, is now a spinster when we find her in the fifth book. While she keeps up correspondence her deceased cousin’s husband, Sir Philip Crane, he proposes that she come live with him as his children need a new mother. So Eloise moves out to the countryside and in with her new, imperfect match. But despite doubting him, and their fake marriage scheme, they slowly learn to accept and love each others’ flaws.

6. When He Was Wicked 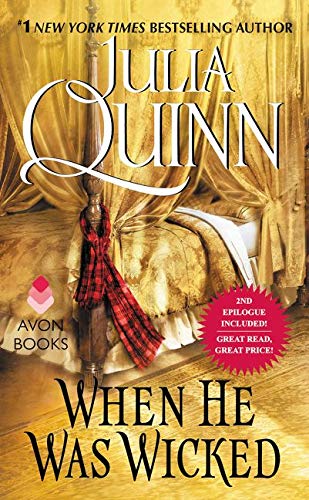 This book shifts perspectives again to view the Bridgerton family from the outside, featuring the main love interest (and another notorious rake), Michael Stirling. He harbors a deep crush for Francesca Bridgerton after the first time he laid eyes upon her—coincidentally, days before her wedding to his cousin. But when unfortunate circumstances cause Michael to take his cousin’s title, and Francesca is left alone, Michael attempts to make her see he can be more than just her trusted confidante. 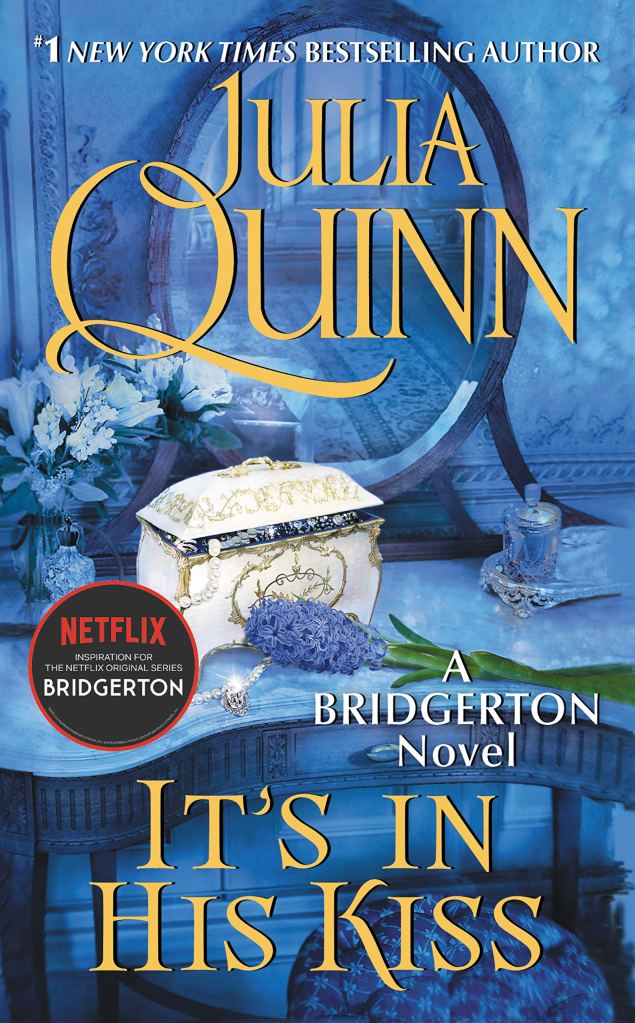 After youngest Bridgerton daughter, Hyacinth, meets Gareth St. Clair at the Smythe-Smith musicale, a tentative spark blooms. When Gareth reveals he needs help translating an old diary written in Italian to save his inheritance, Hyacinth agrees to help. The longer they spend together, working towards their singular goal, they grow closer to finding answers that were in front of them all along (spoiler: the answer is love).

8. On the Way to the Wedding 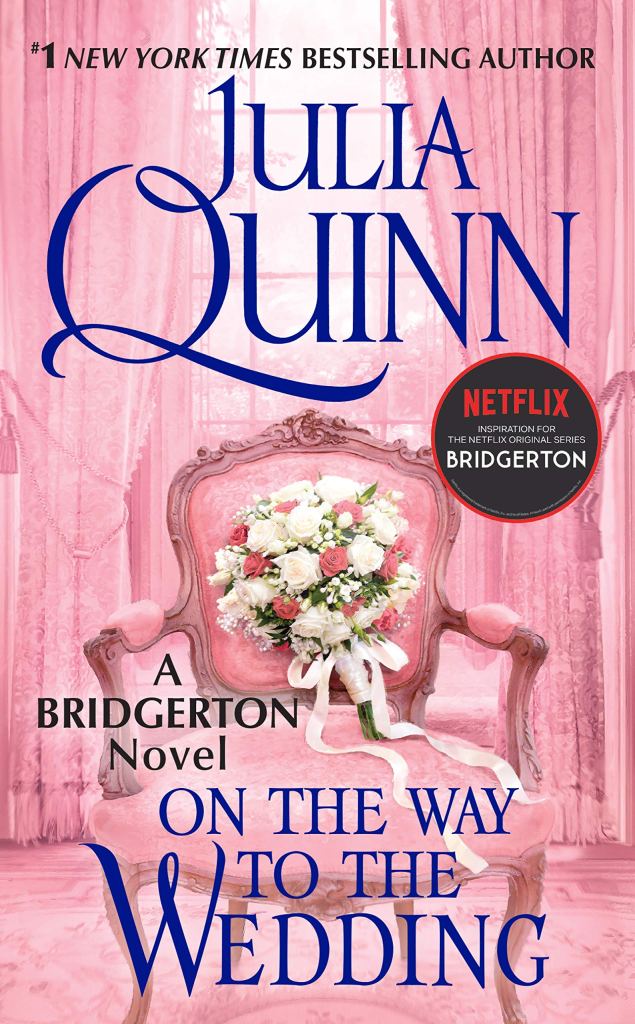 With the final installment of the Bridgerton saga, we follow the only non-rakish Bridgerton brother, Gregory. He’s sentimental, and believes in love at first sight when he sees Hermione Watson. However, she’s in love with another man, someone who her best friend Lady Lucinda Abernathy. While Lucinda graciously agrees to help Gregory win Hermione’s hand, they discover the true love between them both. But double twist! Lucy is already engaged to a man of her uncle’s choosing, and he’s not too keen to let her back out so easily.

Though Bridgerton’s storylines are admittedly outlandish, their real-life royal counterparts had their share of sordid tales themselves. Here are some books about the real Regency era, if you want the historical glimpse behind your favorite Bridgerton novels. 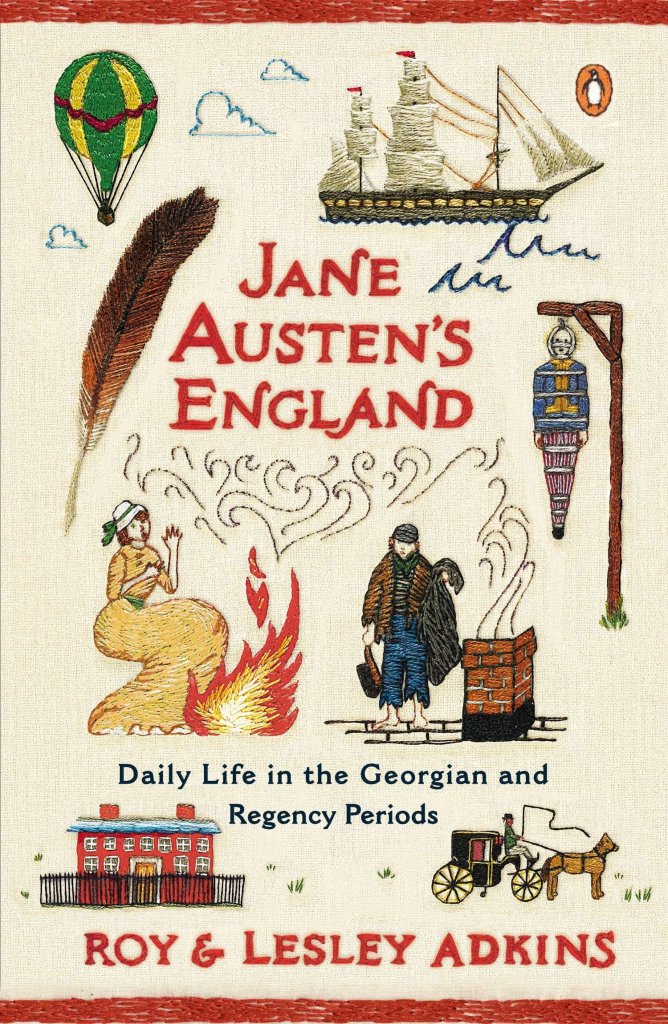 Jane Austen’s novels remain one of the biggest inspirations for the way we view the Regency period in modern times. Yet no one can deny that her lens was squarely focused on the way the other half lived, mainly, the issues of money and class (romance, too) that concerned a very small part of English society. Authors Roy and Lesley Adkins offer a culturally and socially rich deep-dive into England at the time of Austen’s novels, and the way that events like war and unrest affected regular gentry and commoners. This is an essential read for both history buffs and Janeites alike. 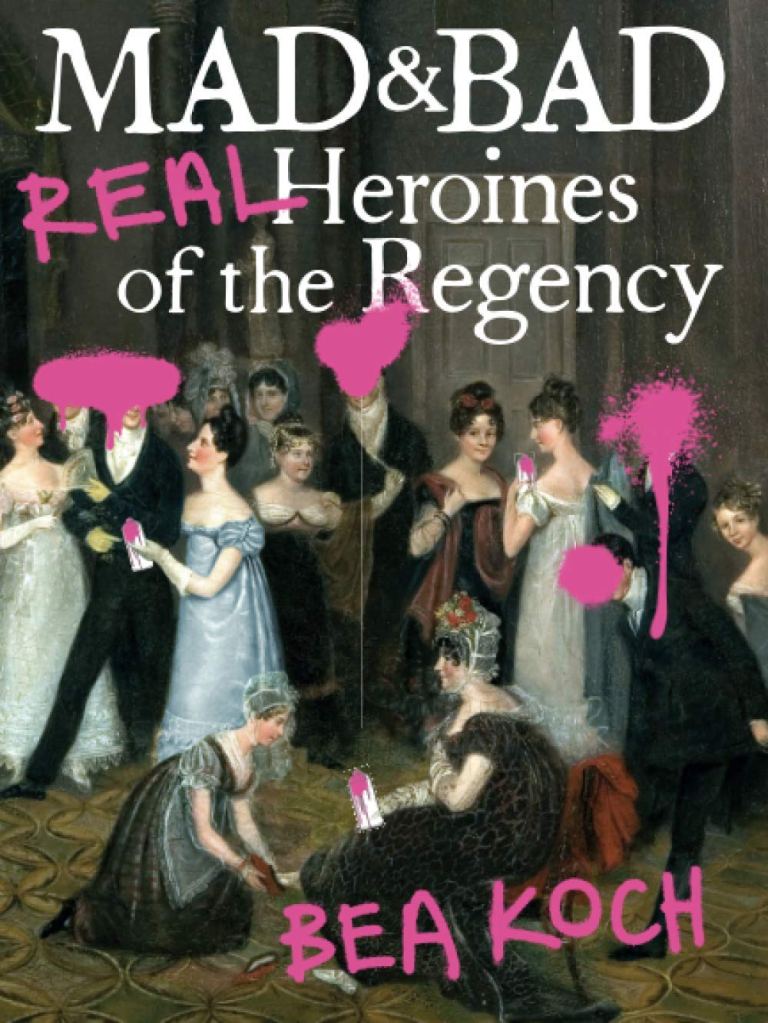 “The popular image of the Regency continues to be mythologized by the hundreds of romance novels set in the period, which focus almost exclusively on wealthy, white, Christian members of the upper classes,” reads the description of author Bea Koch’s book. Taking a more intersectional feminist look at the popular era, Koch tells the stories of real women who lived storied lives, beyond the limited scope of this popular genre. She examines the histories of LGBTQ and Jewish Regency women, women of color, and women who were in fields like astronomy and paleontology. 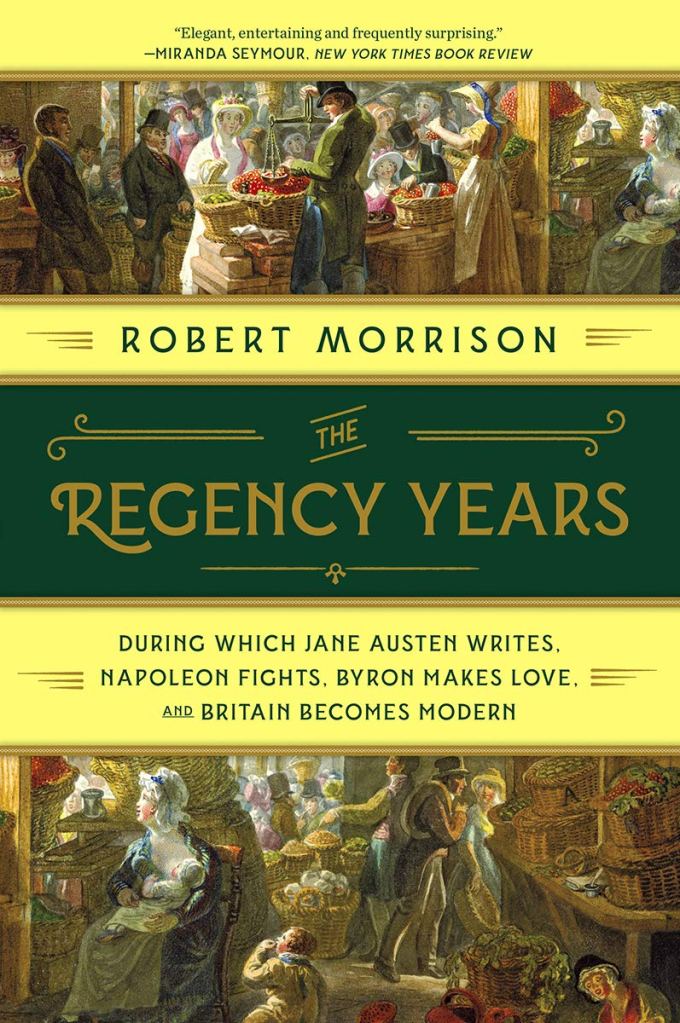 The Regency Years feels like a romance novel re-telling of historical events—which is precisely why we highly recommend it. Author Robert Morrison argues here that it was actually the Regency that planted the seeds for the modern era, rather than all the credit the Victorians often get. Chapters span over a wide range of topics, covering economics, social reforms, the arts and entertainment, war, and more. You may know the key players of the era (the Shelleys, Byron, Austen, etc) but do you know all the others who were making history in the background? Morrison’s dynamic style, as well as quotes from letters and diaries, will teach you all about how this period shaped the world we know today.