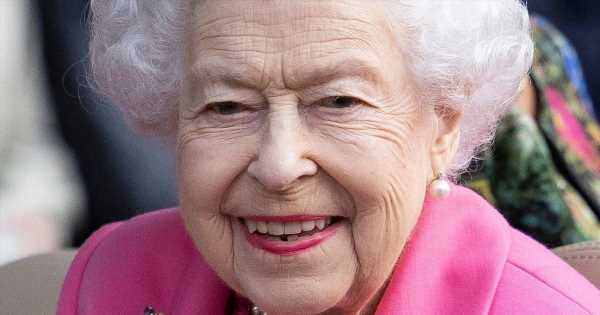 The Queen has made an appearance at this year's Chelsea Flower Show.

Just two weeks after pulling out of the State Opening of Parliament due to ongoing mobility issues, Her Majesty surprised everyone by turning up to a royal preview of the show ahead of tomorrow's official opening.

Buckingham Palace has confirmed it was a last-minute decision for her to attend the event, with a spokeswoman adding: "Adjustments have been made for the Queen’s comfort".

She arrived in a luxury buggy worth £62k, wearing a bright fuchsia pink coat over a white dress adorned with pink flowers, white gloves and holding a small black handbag.

The Queen looked incredibly happy to be attending the event, with a warm smile on her face.

She is an honoured guest at the show, especially as she is a patron of the Royal Horticultural Society – she has attended the Chelsea Flower Show more than 50 times during her 70-year reign. The four-seater vehicle, built by Danish manufacturer Daria, is battery-fuelled with a range of 50 miles before needing to be charged up again.

It is similar to a car, with 14 inch alloy wheels, a boot, cup holders and even Bluetooth speakers.

This is the first time the monarch has been seen using a buggy at an official engagement for nine years, the last time being at the Coronation Festival in the Buckingham Palace gardens.

Joe Little from Majesty Magazine commented: "It's an extremely practical arrangement that will allow the Queen to take part in as many engagements as she is able to do."

Speaking on BBC Radio 4 this morning, the director general of the RHS, Sue Biggs, said there were tributes to Her Majesty's long reign "everywhere you go" throughout the show.

"There is a whole display of different signatures," she said. "So we had a signature, which is a painting just for one member of the Royal Family, of their favourite flowers, and so we have that at the show today. And the Queen is the only queen in history who has had three signatures painted.

"So we hope she's going to be well enough to be able to come and see us today, and we look forward to seeing her and showing her the signature later on this afternoon, which will be great. "But you can't walk through this show – whether you're at the amazing 39 gardens or at the 80 exhibits in the Great Pavilion – of seeing everybody's love for the Queen and tribute to the Queen on this very, very special occasion."

The monarch's use of her buggy to get around comes just ten days before the official start of her Platinum Jubilee celebrations.

However, it is thought that she is to miss this year's Trooping the Colour salute for the first time in 70 years, with reports suggesting she has delegated the "special responsibility" to other senior members of the Royal Family.

For the latest showbiz reports and breaking news, sign up to OK!'s daily newsletter here.