Prince Harry and Prince William’s feud has been brewing for nearly two years and the royal family was sent into a full-on panic when Harry and Meghan Markle announced they were done with all the unfair scrutiny and suffocating rules that come with royal life. Now that Harry and Meghan have officially stepped back from their senior roles, they’re splitting their time between Canada and the United Kingdom. Come March, Harry will head back to London for a joint appearance with his older brother, and Queen Elizabeth has some thoughts.

Mainly, she’s concerned with the current status of their relationship but is hoping they can put all their differences aside and be cordial throughout the engagement. An Us Weekly source revealed, “The Queen’s hoping everyone will put on a united front when Harry returns to London in March—even though there’s still tension behind closed doors.” 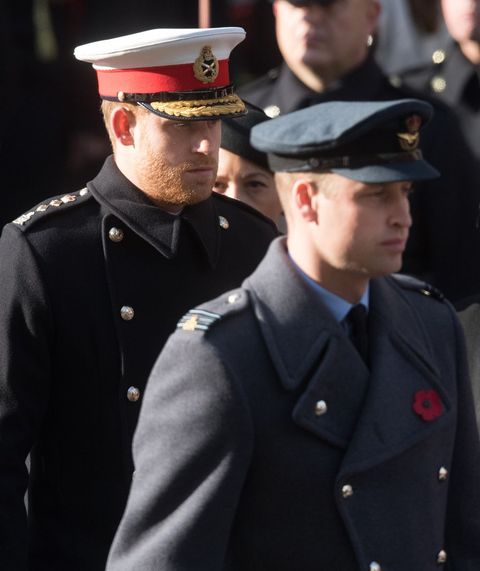 The tipster also said Harry and William have only spoken “a couple times” about “business matters” and are dealing with the “Megxit” drama in different ways. Ultimately, the source suggested everyone keep an eye out for their body language because a slouched shoulder, turned back, or slight cringe might be an indication of whether or not they’ve fully made up.

When we last heard about where William’s head’s at, he was generally “relieved” that everything is beginning to be resolved and also relieved that Harry made the decision that’s best for him, Meghan, and Archie. As for whether Harry is considering rejoining the royal ranks, that’s a big no. “Harry’s much happier in Canada and feels a lot more relaxed, so far he doesn’t regret the move,” the source added.

Excuse me while I set up a countdown to March.