From the outside looking in, Zoe Foster Blake, Australia's ultimate girl next door, enjoys a charmed existence. 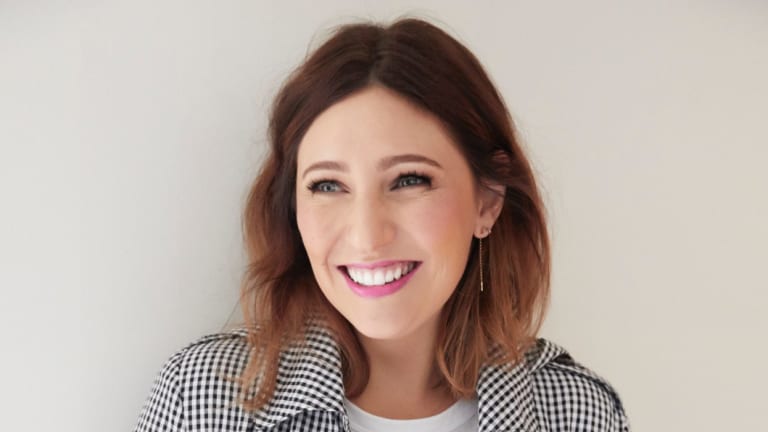 Her high-profile career has taken her from the world of fashion magazines to becoming a best-selling author. Indeed, her 2014 novel The Wrong Girl is being turned into a television series starring Jessica Marais.

Today, Foster Blake is a social media star with 676,000 followers on Instagram, which she has been able to leverage into her own range of highly profitable face creams and potions. More recently she launched her Go-To products into the huge US skin care market.

However this week Foster Blake discovered the hard way about how problematic business can become when you depend on social media for your brand's "cult status".

A recent post by a Reddit user has created a firestorm for Foster Blake, especially among her potential new customers in America, who have called her out for not catering to "non-white" women.

It all started on the influential online forum when a user took aim at Foster Blake and accused Go-To products of having a lack of respect for diversity, not being fair on customers and copying other brands.

Pouring fuel on the fire was the launch of Go-To's new tinted moisturiser in only one shade, when most brands commonly offer a plethora of shades to match various skin tones that make up a modern and diverse market.

There was no mistaking the unflattering commentary on the Reddit thread, which was titled: "You may hate me but I’m calling out Go-To Skincare and Zoe Foster Blake".

One Reddit user wrote: "Go-To Skincare just launched a Tinted Moisturiser in one shade. ONE SHADE. In a time when 40 shades are considered normal … what brand thinks that one shade is ok?"

Over on Instagram another wrote: "One shade is pretty rubbish. Not everyone is white."

Foster Blake took to her Instagram to try to put out the fires, claiming the product was "skin adjusting", whatever that means.

When Napoleon Perdis launched into Myer’s flagship department store in 2013, the retailer's top brass popped the larger-than-life makeup maestro atop an army tank and sent him rolling down Bourke Street Mall to the cheers of hundreds of fans. 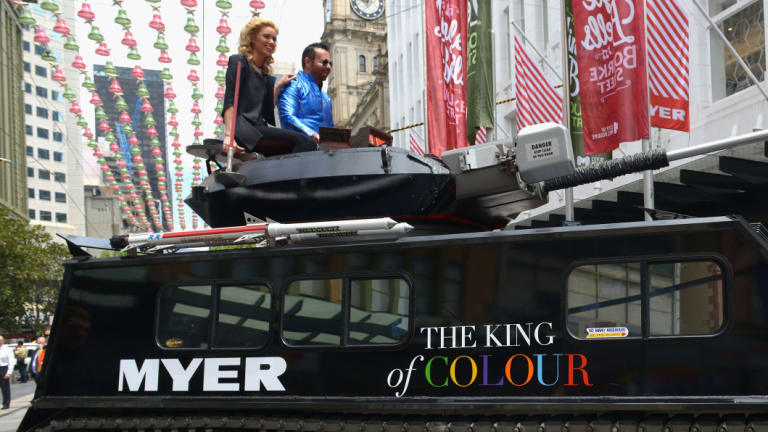 Napoleon Perdis atop his army tank launching into Myer in 2013.

The metaphor was obvious – get in their way and risk being blown apart.

But a lot can change in five years and embattled retailer Myer's doldrums and boardroom skulduggery are well documented.

But even Perdis has been surprised by the store's decision to axe his brand from its cosmetics portfolio, a brand that once wrote about $18 million in sales and directly employed nearly 150 people at Napoleon counters across the country.

At the centre of the fallout is Myer's new boss, British import John King, and newly appointed head of cosmetics and lingerie, another import, Sue Price.

Perdis confirmed the move when PS called, adding: "I am so disappointed that the management at Myer could not see how bad this decision is. We have a history as an Australian brand with Australian buyers … brands are available everywhere now, our identity as a local brand sets us apart but they just did not see the value in that."

Myer's executive team are understood to have been frustrated by Perdis' launch into the Priceline discount chain with a specially curated range of cosmetics for the retailer.  Perdis says sales have soared over the past three months.

The Napoleon Perdis brand is still available at rival David Jones, which Perdis said he expected to continue.

Fresh from taking a Spanish light-rail builder to court after alleging one of its traffic marshalls directed him to drive over an exposed manhole that badly damaged his Mercedes Benz, millionaire property developer Theo Onisforou appears to have taken up a new mode of transport. 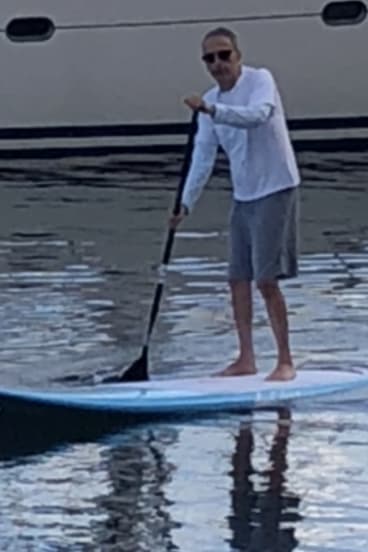 Turns out the rakish chap paddling about the luxury yachts and mansions around Elizabeth Bay lately is Onisforou, though he told PS he had been paddle boarding for years.

Last week it emerged Onisforou had launched legal action against Acciona claiming an accident at the light rail works at Randwick caused almost $10,000 of damage to his car.

Onisforou says the incident took place on October 29 when he was visiting the surgery of Dr Brian Jarvie at Randwick.

"I had a lingering flu and I really couldn't shake it, I was there to see if my doctor could help," Onisforou told PS.

Clearly he has recovered well, carving up the waters of Sydney Harbour and avoiding any manholes.

Socialite Janelle "Nellie" Tilley says she had no need to see her ex-lover, millionaire pub baron Phillip de Angelis being sentenced on Friday. 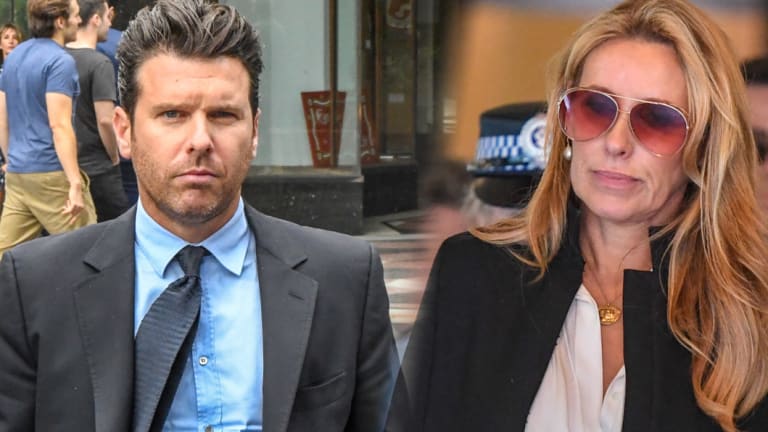 "I got to say my piece in my victim impact statement and to be able to do that was very cathartic for me, it brought a lot of closure," she told PS. " I don't need to see him sentenced. For me it's about moving forward from this."

De Angelis could be spared an 18-month jail sentence over what the judge described as a series of "cowardly, disgraceful" attacks against his former partner, interior decorator Tilley.

Downing Centre magistrate Philip Stewart said he would have the "self-serving" and remorseless domestic abuser assessed for home detention. De Angelis remains on bail until the matter returns to court on January 29.

Tilley was subjected to several attacks during a 14-month barrage of domestic violence incidents, leaving her permanently disfigured.

De Angelis is the son of one of Sydney’s richest families, however the 38-year-old was initially charged with more than 20 offences including choking the 53-year-old mother-of-three before pleading guilty to five charges including assault occasioning actual bodily harm, common assault and reckless wounding.

De Angelis pleaded guilty in September to assaulting Tilley on multiple occasions at their eastern suburbs homes in 2015 and 2016, including one incident in which he bashed her bathroom door down after she saw a video on his phone of him having sex with another woman.

On another occasion he struck her face and pushed her head down while the pair sat in the back of a taxi, accusing her of embarrassing him in front of his family during his birthday celebrations.

He also threw a lighter at her head from across a table during an argument, causing a deep gash on her head and leaving a lasting scar.

"The victim thought she was going to pass out from the shock and the pain," Mr Stewart said during his remarks, handed down via audiovisual link from Parkes, in regional NSW.

He said "one would have to live in a vacuum" not to be aware of the change in community standards surrounding domestic violence.

"Domestic violence is a scourge upon society," he said.

"It is to be denounced."

De Angelis has previously been convicted of drink-driving and received a good behaviour bond for drug supply in 2013.