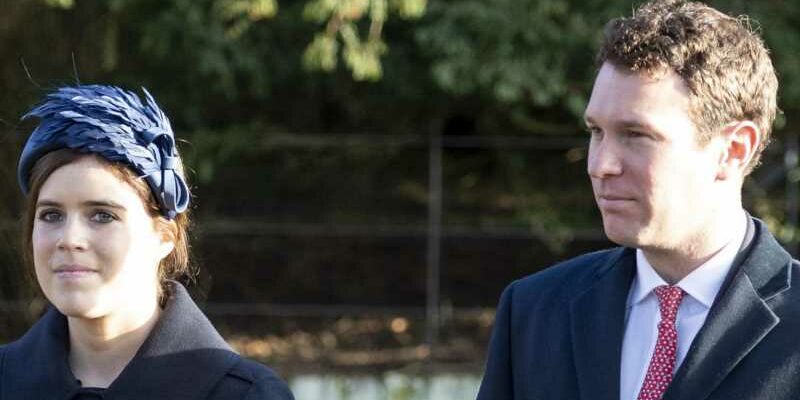 The royal family laid Prince Philip, Duke of Edinburgh, to rest today at Windsor Castle. This marked the first public appearance made by Princess Eugenie and her husband, Jack Brooksbank, since Eugenie gave birth on February 9, 2021 (via Page Six).

Eugenie and Jack were joined by several members of the royal family, including Prince William, Kate Middleton, Prince Harry, and Eugenie’s sister, Princess Beatrice. Beatrice was accompanied by her husband, Edoardo Mapelli Mozzi. Princess Beatrice and Edorado were married in a private ceremony in Windsor in July 2020.

Princess Eugenie is over the moon about being a mom

While Princess Eugenie and Jack Brooksbank haven’t said much since welcoming August into their lives, Eugenie did issue a statement thanking everyone for their concern and interest in her growing family. In a post shared to Instagram, Princess Eugenie wrote, “We wanted to introduce you to August Philip Hawke Brooksbank. Thank you for so many wonderful messages. Our hearts are full of love for this little human, words can’t express. We are excited to be able to share these photos with you.”

A few weeks later, Princess Eugenie shared another sweet photo of August, noting that she enjoyed her first Mother’s Day tremendously. She wrote, “I’m so excited to be August’s mum and as you can see I’m enjoying my first Mother’s Day. ⁣I’m also celebrating my beautiful Mumma with this picture of us from March 1990. You’ve taught me so much. ⁣Happy Mother’s Day to all” (via Instagram).