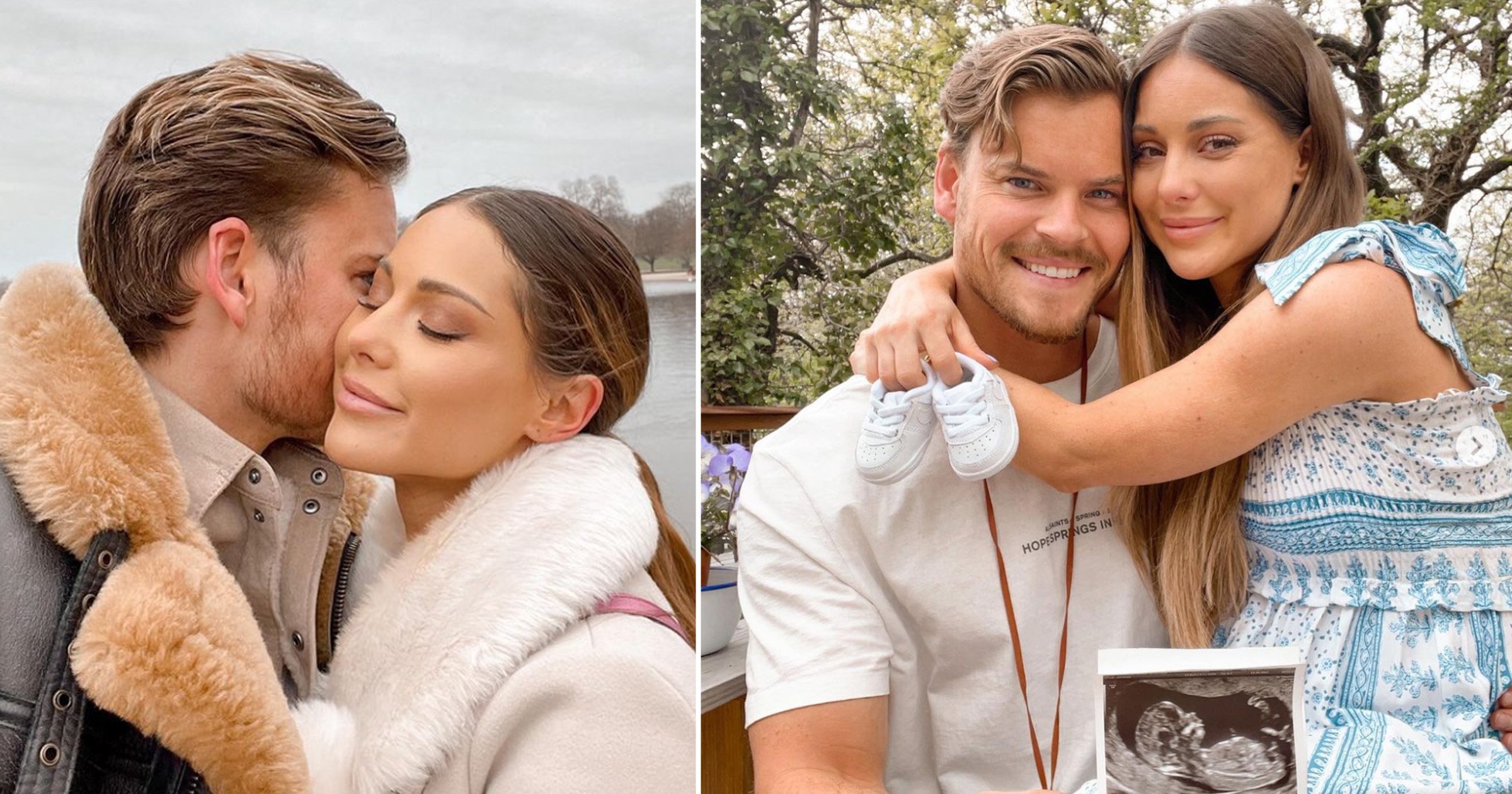 Made In Chelsea star Louise Thompson has revealed she had to make a dash to hospital amid blood clot fears, after she began coughing up blood during her pregnancy.

The reality star and fitness influencer, 31, is expecting her first baby with fiance Ryan Libbey, also 31, and after suffering a devastating miscarriage earlier this year Louise has said while she’s so grateful to be pregnant there has been ‘a new hurdle every month’.

Louise – who is about six and a half months into her pregnancy – recalled to Mail Online: ‘There have been a number of scans and I was quite unwell about three weeks ago. I had to go to Chelsea and Westminster hospital because I was coughing up blood.

‘I spent 24 hours there and everything came back fine but because of my condition I’m in a high risk category.’

Reflecting on her journey to becoming a mum, Louise, said she believes once she gives birth she’ll trust she can achieve anything.

She said: ‘For me, delivering a healthy baby, that’s where all my fears lie. Anything that comes after that I can handle.

‘I just want to get to that end point in one shape and for it to all turn out well. Anyone that has had fertility issues or a miscarriage, the fear that it will end before that goalpost…

‘The good news is I am about six and a half months now. I shouldn’t even think about this but I am someone that knows all the stats, babies can be delivered prematurely so, I feel like I’m in a really comfortable place now.’

Announcing her pregnancy in May, Louise admitted it was an anxious wait to share the joyous news after they previously lost a baby.

She previously told Metro.co.uk: ‘I didn’t announce it at the 12 week mark, I waited a little bit longer because I was still a bit worried that something bad would happen, or that I would have a miscarriage.’

In her post on Instagram, she said: ‘I thought I’d have all sorts of creative ways to deliver this information but the truth is the last 12 weeks have been quite challenging.

‘Unlike last time, Ryan and I haven’t documented our journey at all. I’ve hardly taken any pictures or videos for fear that something might happen. I’ve also felt like A**. I never knew that fatigue or ‘flatness’ like this existed in pregnancy.

‘There are 0 before and after snaps, no week to week transformations or fun reveal videos with friends and family leading a trail of buns to an oven, instead there is a drawer filled with 10000000x billion gazillion pregnancy tests (shameless and expensive) and some sensitive conversations where we try not to get too excited.

‘I’d be lying if I said it’s been an easy ride but the truth is I think poor Ryan has found it even harder than I have.’

Louise added that Ryan, who she got engaged to in 2018 after he proposed during a hiking trip in Los Angeles, is ‘going to be the best dad in the world’ for how much sensitivity he has shown throughout the past weeks, adding: ‘Now we’ve reached this hopeful milestone i am really pleased to be able to share our lovely news with you all.

The joyous news comes just months after Louise revealed that she had had a miscarriage earlier in the year.

She revealed that speaking about the loss of her baby in March was ‘one of the hardest things’ she had ever done but hoped speaking out would help others going through the same thing.

Sands UK is a stillbirth and neonatal death charity, which works to reduce the number of babies dying and to ensure that those affected by the loss of a baby receives the best possible care for as long as they need it.

The charity aims to better understand the causes of baby deaths and works with governments and other organisations to raise awareness of issues surrounding baby loss.

Sands provides bereavement support at a local and national level.