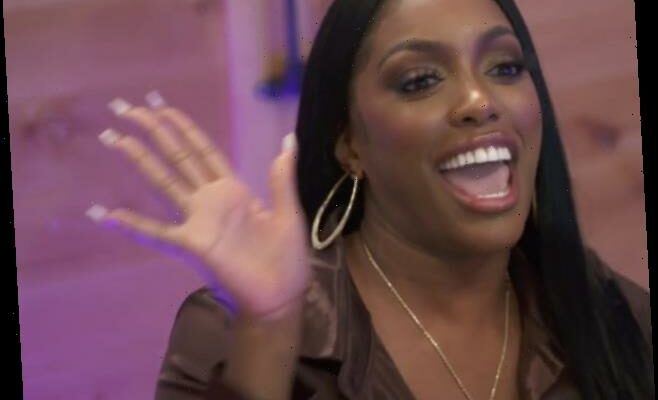 Porsha Williams has finally come out and said yes… she did it.

By which we mean the following:

Yes, Porsha Williams did him.

Over the past several days, the Internet has been buzzing about the events depicted at Cynthia Bailey’s bachelorette party, which was the main focus of The Real Housewives of Atlanta this week.

Because the ladies got together after months of isolation and partied it up with a stripper named Bolo.

At one point, they even asked for the cameras to be turned off so they could so… God knows what.

But that’s exactly what has everyone buzzing.

Kenya Moore has claimed that Porsha Williams slept with Bolo the morning after this party, hilariously alleging on air:

“When I tell you it was a certified freak-hoe show, I heard someone saying, ‘F— me harder. F— this p—- harder.'”

Porsha has since confessed she just wanted to see what the stripper was packing in his pants, acting all hot and bothered that Moore dared to assert she went to bed with Bolo.

Except, well… she totally went to bed with Bolo!

In a midseason trailer, first published by E! News, Kandi Burruss reads about this scandal in Page Six.

This prompts the topic to get brought up again, with Williams finally exploding at Moore during a dinner and shouting out the truth:

“I f–ked Bolo!” she yells mid-confrontation with Kenya. “I f–ked everybody!”

Is this really an admission, though? Or a mockery of all the speculation out there about her?

Because there’s been a lot.

From there, the drama and emotions only get heightened as we get various looks at Porsha quaring off against Marlo Hampton at that same dinner.

The latter remark results in what is certaiin to be one of the most memorable Real Housewives quotes of all-time.

On the more comedic side, there’s also Halloween fun and a cast trip to New Orleans that promises to be uproarious.

The Real Housewives of Atlanta airs Sundays at 8/7c. on Bravo.

Get a fresh glimpse at what’s on tap now!