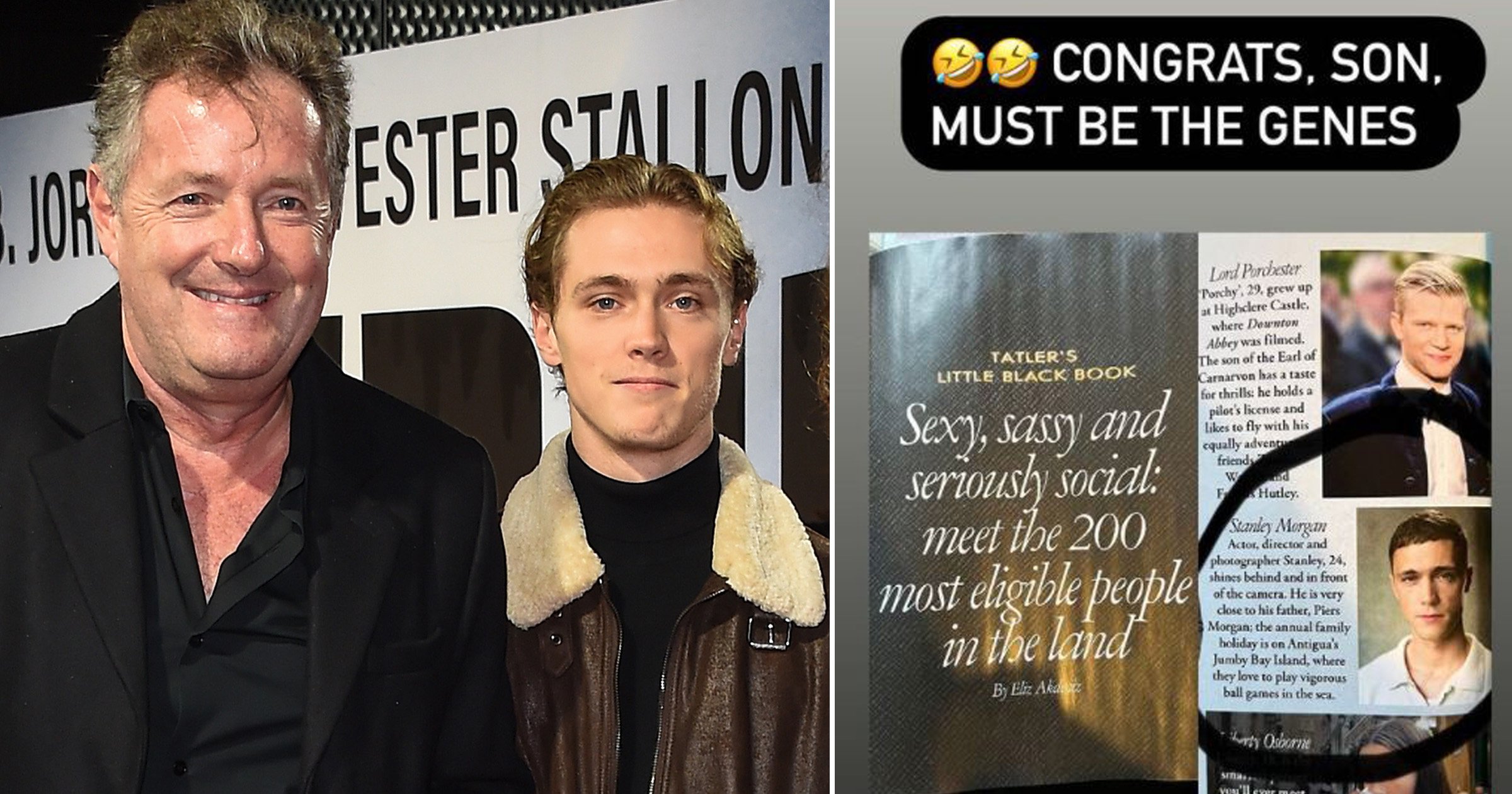 Piers Morgan could not hide his pride on Wednesday as his son Stanley Morgan was named one of Tatler magazine’s most eligible people.

Stanley, 24, was featured among 200 of the most eligible people ‘in all the land’ – and of course the broadcaster, 56, is taking some of the credit.

Sharing a photo of the magazine page, the former Good Morning Britain host wrote: ‘Congrats son, must be the genes,’ along with two crying-laughing emoji.

Stanley’s bio on the page reads: ‘Actor, director and photographer Stanley, 24, shines behind and in front of the camera.

‘He is very close to his father, Piers Morgan; the annual family holiday is on Antigua’s Jumby Bay Island, where they love to play vigorous ball games in the sea.’

The former Life Stories host shared a great bond with his children and makes time for a trip away with them every year despite his busy schedule.

Piers and his sons Stanley, Spencer and Bertie, last took their lads’ trip to Antigua in August, with the family making it an annual occurrence.

The broadcaster explained at the time: ‘My sons and I go there most years for our annual “lads holiday” and love Jumby like a second home because that’s how everyone who works there makes us (and every other guest) feel.’

Making sure his followers understood that the post wasn’t sponcon, the ITV star added: ‘Ps Relax, trolls, I paid full whack….I just give them lots of Insta love because they deserve it.’

Spencer, 28, had also had to defend his dad and brothers against critics who came for their holiday, writing: ‘If there was ever proof that Twitter is full of sad lowlifes it’s the fact so many think it’s weird for three brothers to go on holiday with their dad once a year. I pity them.’