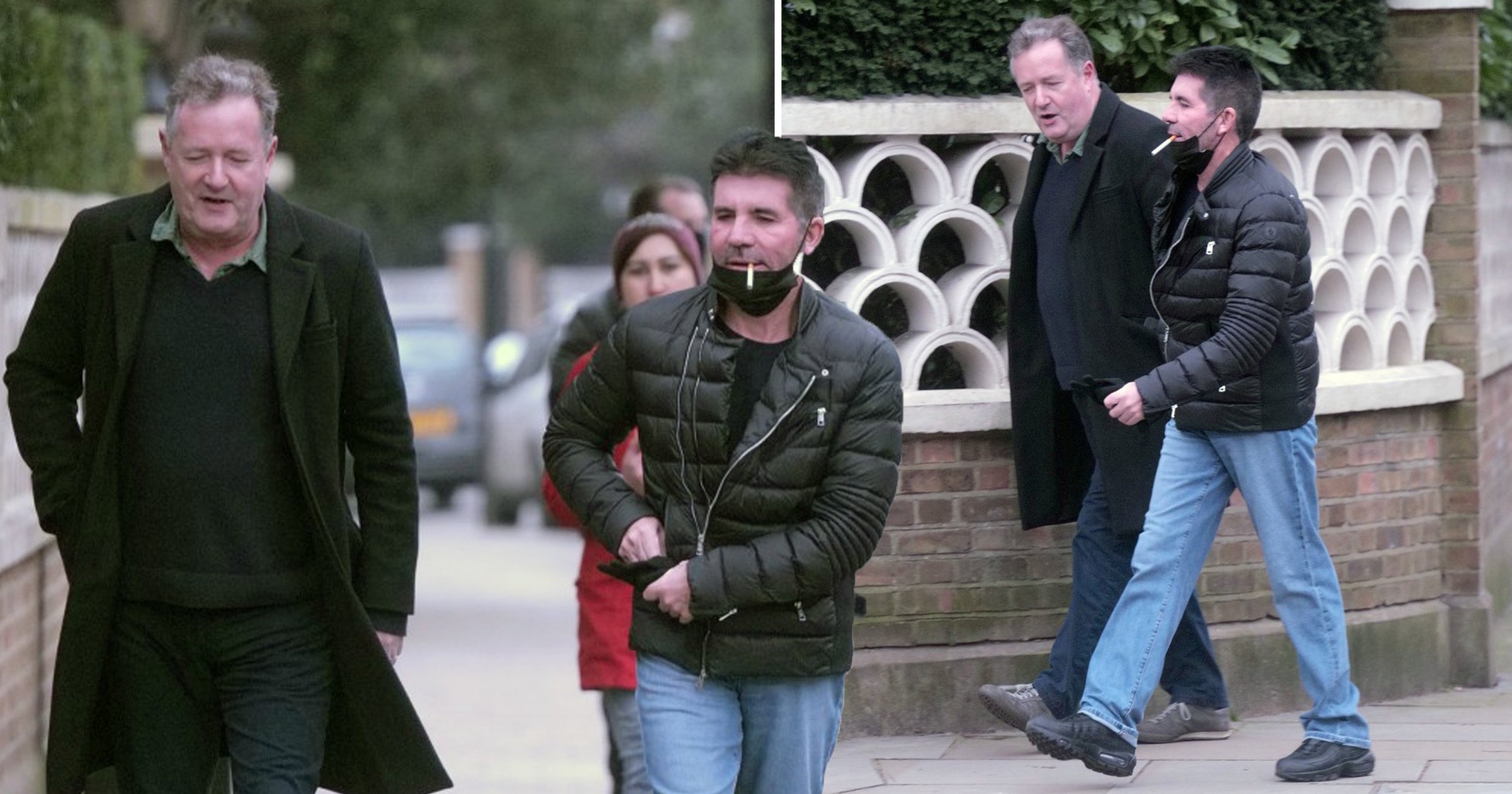 Piers Morgan has been spotted catching up with his pal and former Britain’s Got Talent co-star, Simon Cowell.

The pair were seen deep in conversation as they took a stroll, with both of them wrapped up for the chilly weather.

Simon donned a mask for the walk, although pulled it down around his chin to light up a cigarette and stopped at one point to give the cameras a cheeky wink.

Piers and Simon have been friends for years, with the Good Morning Britain presenter starring on the first season of America’s Got Talent in 2006.

He went on to sit on the BGT judging panel for four series.

While he’s been quick to tease Simon over the years, Piers proved last year that he’s got nothing but admiration for his friend and the franchise, sharing a touching tribute for AGT’s 14th anniversary.

Taking to Twitter, the 55-year-old shared a picture of himself sat with his fellow judges behind their head table, as host Regis Philbin watched on.

In the caption, he wrote: ‘On this day in 2006, America’s Got Talent launched on NBC and was as an instant No1 smash – spawning @BGT and a worldwide franchise for creator @SimonCowell.

‘This was the first line-up: host Regis Philbin and judges @DavidHasselhoff ⁩ ⁦ @4everBrandy and me.’

Recently, Piers has been causing a bit of a stir on Good Morning Britain, by lashing out at Prince Harry and Meghan Markle for their interview with Oprah Winfrey, which he has claimed will be ‘bad for the UK’.

Meanwhile, Simon has been taking a step back from the limelight after a particularly difficult few months.

He broke his back last year in a horror accident, which meant he had to pull out of the BGT live shows.

Recently detailing the horrific accident however, he explained it could have been much worse.

‘When I saw the X-ray, I really nearly could have smashed my spine to pieces, so I literally wouldn’t have been able to walk,’ Simon said.

Simon, 61, explained that his first instinct after the ‘surreal’ accident was to try and get back to his house, even though he knew it was best not to move.

He made it inside and into his bedroom where he was ‘lying there and kind of passing out’.

Asked by Extra what was the toughest part of his road to recovery, the music mogul said: ‘The helplessness. I’ve never been in this situation in my life where you literally can’t move.

‘The pain was off the charts… But you’ve got to stay positive… I made a promise to myself I’d be fitter than I was before I had the accident. Sure enough, that’s what happened.’