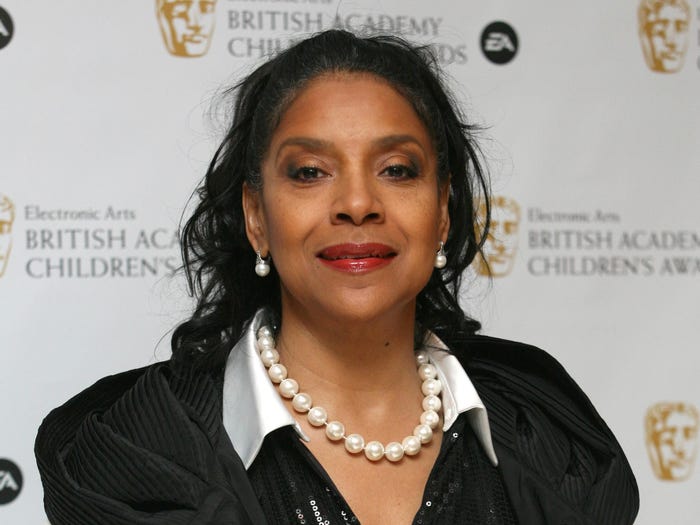 Phylicia Rashad's new holiday movie — "Jingle Jangle: A Christmas Journey" — is a contemporary production that is perhaps only imaginable in the hands of a deep-pocketed and ambitious company like Netflix.

Written and directed by a Black filmmaker, David E. Talbert, the original genre piece stars a predominantly Black cast, which includes A-listers such as Rashad, Forest Whitaker, Keegan-Michael Key, and Anika Noni Rose ("The Princess and the Frog") as well as a host of younger newcomers.

"I'd never seen anything like it in my life," Rashad told Insider of her first-day visiting the set of "Jingle Jangle."

"When I walked onto that set and saw the grandeur of it, the specificity of it, I was taken aback. The first words out of my mouth were: 'I get it. This is my Cecil B. DeMille, 'Harry Potter' moment," she said.

"Jingle Jangle" is best described as a heartwarming Christmas musical about family and faith, featuring original music from EGOT winner, John Legend, and R&B singer Usher. Set in the fictional town of Cobbleton, the film follows the eccentric toymaker Jeronicus Jangle (Whitaker) whose groundbreaking inventions are set to change the world.

But after his trusted apprentice (Keegan-Michael Key) steals one of his most prized creations, his life is ruined and it is up to Jangle's precocious granddaughter (starlet Madalen Mills) to save the day and restore her grandfather's faith in humanity and himself.

Rashad, as is appropriate, acts as the film's motherly core and narrator throughout.

The role of the onscreen matriarch is Rashad's sweet spot. She's embodied Mary Anne Creed in Ryan Coogler's "Creed" films; Lena Younger in the 2004 Broadway run of "A Raisin in the Sun," a role that put her in the history books as the first Black woman to win a Tony Award for Best Actress; and as Diana DuBois on Fox's TV musical, "Empire." Rapper Drake even cast Rashad as Kiki's mother in his "In My Feelings" music video.

Still, there's perhaps no role more iconic than Rashad's Clair Huxtable from the now irreversibly stained '80s sitcom, "The Cosby Show." For eight beloved seasons, Rashad flexed her muscles as a successful attorney who, alongside her husband Cliff Huxtable (Bill Cosby), balanced a demanding work-life with raising five children in a Brooklyn brownstone.

But Rashad said that her role in "Jingle Jangle" helped connect her with her own mother in ways that she didn't expect. During her first wardrobe fitting for the film, Rashad recalled sitting down with producer Lyn Talbot to pick out a hairstyle for her character. As soon as she set eyes on one particular hairstyle, she knew it was perfect for the film.

"I liked that hairstyle because someone had shown me a picture of my mother," she detailed. "I think it had to be taken before I was born, and she had her hair quaffed. It wasn't in dreads or twists, but it was quaffed and shaped in the same hairstyle that the grandmother wears [in the film]."

"Everything was artistic and everything was specific," she added of "Jingle Jangle". "There was always a touch of that which is personal in every element of this production."

'I think it's important that everyone, and I do mean everyone, has opportunities'

Rashad is set to grace our screens again this holiday season alongside Jamie Foxx in Pixar's new animation "Soul," which will make its debut on Disney Plus Christmas Day.

"Soul" will make history as Pixar's first Black-led animation, and it comes directly after a summer of controversy surrounding white actors voicing animated characters of color. The backlash was sparked by Black Lives Matter protests after the death of George Floyd in Minnesota.

Rashad said although she's glad Black creatives are getting their just due, she hopes one day there won't be a need to define films as "Black-led"  because they'd simply be the norm.

"I think it's important that everyone, and I do mean everyone, has opportunities [and] be included in opportunities to work," Rashad said. "And I certainly do look forward to the day, to the time, when our considerations will not be based on race when we are seeing ourselves in each other as we are and inclusion is as normal as breathing."

"Jingle Jangle," she hopes, can be a "source of inspiration for people around the world" and help them "connect to their own humanity as well to the humanity of others."

"For young people around the world to see the beauty in diversity and in the inclusion of diversity," she continued, "For young girls, as well as boys, to become excited about mathematics and invention because it isn't beyond their grasp or their reach."

Rashad added that she hopes the Christmas musical is a way "for us all to remember that the greatest things in life are those things that are simplest. It's the simple things. The simple things are the essential things."

"Jingle Jangle: A Christmas Journey" arrives on Netflix and in select theaters on November 13.

You can watch the official trailer below:

The 101 best movies to watch on Netflix right now

Netflix has a TV-show problem

14 of Netflix's original holiday movies, ranked from worst to best

Netflix shares its 10 most popular original movies of all time