Khloé Kardashian Opens Up About 'Challenging' Journey to Find a Surrogate 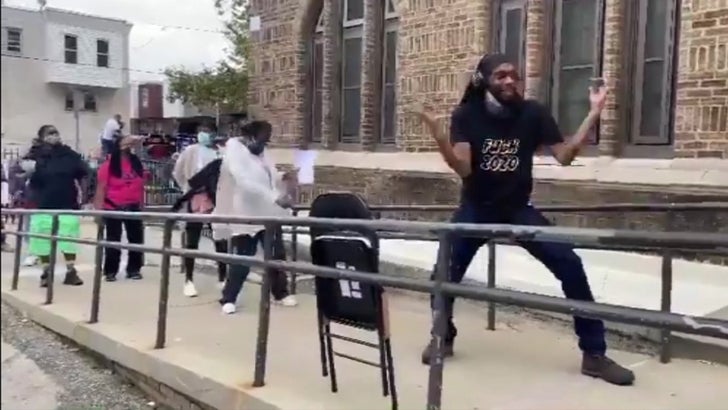 Voters in Philadelphia turned waiting in long lines to cast their ballot into a fun experience … by mixing in some “Cha Cha Slide.”

The good times went down in Philadelphia, as a large group of voters waiting for early voting in the city Saturday passed the time with some group dancing … moving in unison to the hit by DJ Casper usually reserved for wedding receptions.

The viral video’s more than just a random feel-good moment though — it’s part of the work being done by Nelini Stamp of the Working Families Party, who’s also the campaign director for Election Defenders.

Nelini and the nonpartisan coalition’s goal is to assure that voters are “staying safe and healthy outside of polling places across the country and bringing them some joy.”

More importantly, it’s aimed to combat voter suppression and intimidation by bringing “Joy to the Polls” … which kicked off this weekend in Pennsylvania for the inaugural Vote Early Day.

The result is what you see here, and Stamp says it feels good to see people responding positively to the movement … even though she feels the long lines are a burden people shouldn’t have to deal with.