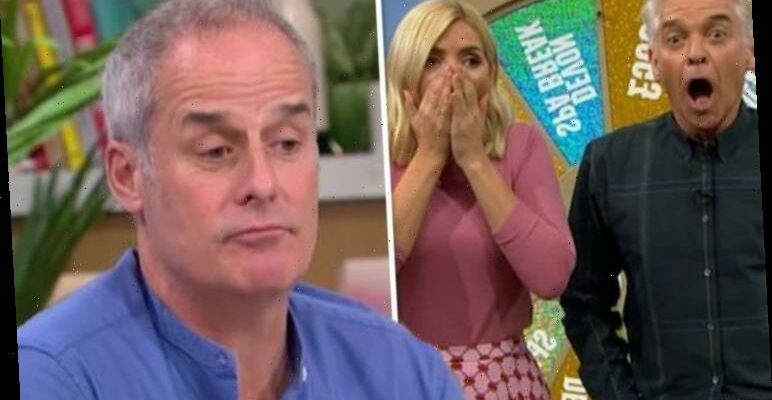 Phil Vickery, 59, has shared the “problem” of working alongside This Morning presenters Holly Willoughby, 39, and Philip Schofield, 58. The celebrity chef said working with his ITV colleagues is “like working with children”, before admitting that his job on the show is more fun than “winning Michelin stars”.

Phil admitted to warning guest chefs on the programme about his co-hosts’ antics, advising them to be prepared.

“That’s half the problem, when you get chefs going on and they don’t know, I say they’ll try and trip you up, they’ll ask you a curveball question or take the p***, so you need to be really on the ball. 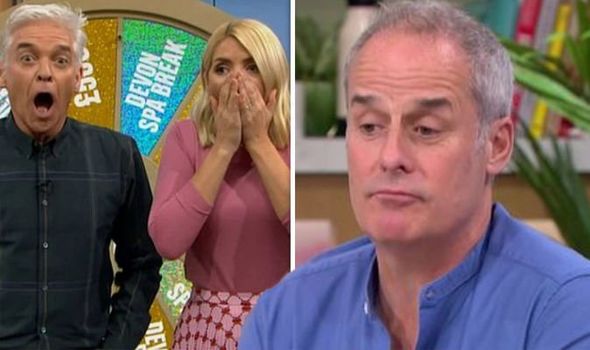 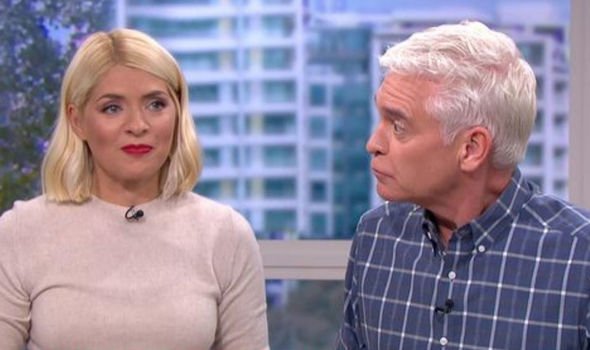 Phil revealed that his method of keeping cool was very straightforward.

“I’ve got a director in my ear saying: ‘Keep going, keep going Phil!’”

“I just keep going. It’s like working with children.” 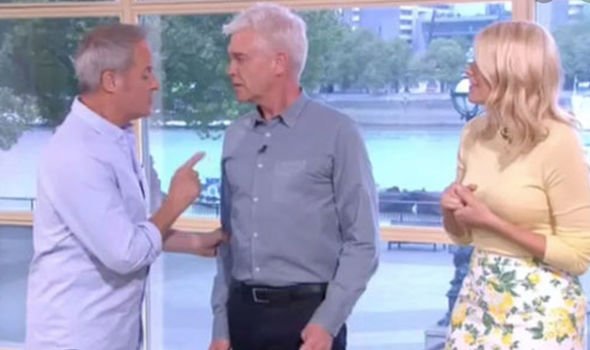 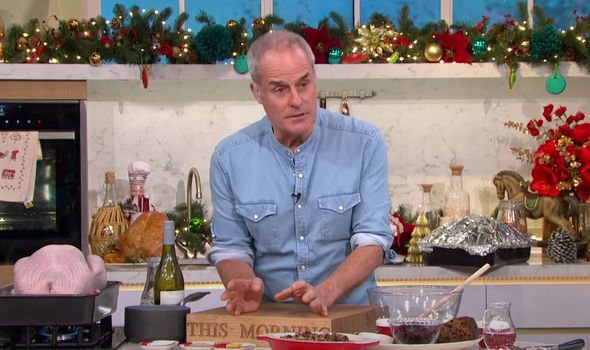 Speaking to Entertainment Daily, Phil revealed what it’s really like working with Holly and Phil.

The chef admitted: “I get more enjoyment cooking on This Morning than I ever did winning Michelin stars and restaurant of the year.”

On Thursday morning, Phil revealed that he was going to be showing Holly and Phil how to get three recipes out of a tin of tomato soup.

He said: “We’re doing three dishes today, it’s a bit of fun as well, we got a quiche, a tikka masala […] and a sweet treat at the end there.”

Gaging the presenter’s reactions, Phil said: “Holly’s looking at me like that…”

But the presenter defended herself: “You know what, it’s because the way you cook, it’s like a science experiment!”

“You’re so clever, you know how stuff works, it’s not just ingredients.”

The chef continued: “Now, when we make muffins,” Phil started to say before Holly interrupted him.

Phil also revealed that co-stars Alison Hammond and Rylan Clark-Neal are exactly how they appear on screen.

He said: “Alison is absolutely bonkers. We filmed together in Brazil and we were mucking about and she just wears me out. She is non-stop.

“You wind her up and off she goes. You stand back and watch, you don’t have to do anything. And the thing about Alison is she’s never changed. I take my hat off to her.

“Rylan’s the same, he was another one who just said I’m so lucky to be here. They’re very humble and I think that’s really important.”