Peter Andre’s car was broken into while he was performing in Grease on the West End, with the star revealing the damage.

The actor shared a video of his car with the back windscreen smashed in and glass covering the inside seats after the vehicle had been ransacked.

‘So I came out of the venue tonight at Grease and this is what happened,’ the 49-year-old explained.

‘Someone smashed it, got all the stuff, thankfully left my child seat there, taken quite a few things. I felt really bad because people were coming up and I just couldn’t talk to them, I said, “I have to go because of what’s happened.”‘

He added in the caption: ‘So this happened last night :(((

‘Sorry to all those that were coming up after the show and I couldn’t really talk and had to go. @greasewestend. 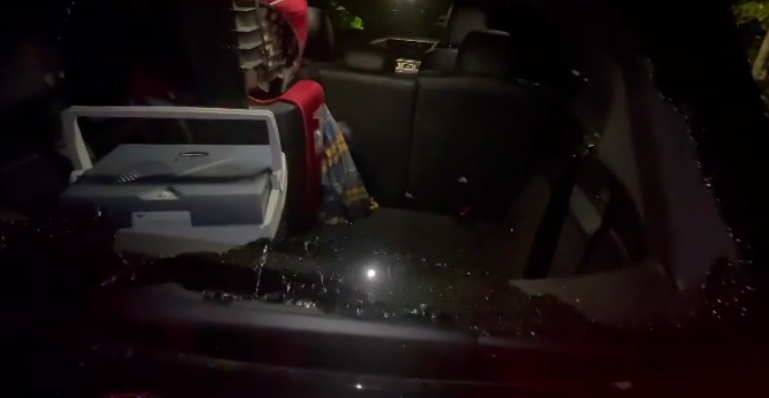 ‘I know things could be a lot worse and there are bigger problems in the world but it’s still sad. And thankfully no one was hurt. Thankfully only material things.’

Fans have been quick to share support for Peter in the comments.

The I’m A Celebrity star is currently starring as DJ Vince Fontaine in Grease The Musical, with his children Princess and Junior recently coming to support him.

Despite reviews panning the production, the star previously looked to be having a blast and was seen on press night flanked by his eldest kids.

The pop star, who looked just as suave as his character in a snazzy patterned shirt, black jeans and chelsea boots, lapped up the attention from his adoring fans who lined up outside keen to get autographs.

As he kindly obliged their requests, Peter was joined by his eldest children Junior, 16, and Princess, 13, – from his former marriage to Katie Price – who stood close-by and watched their famous dad at work.

The performance was probably a little too late for Peter’s youngest children, Amelia, eight, and Theo, five, who were no doubt at home tucked up in bed with his wife and their mother Emily.