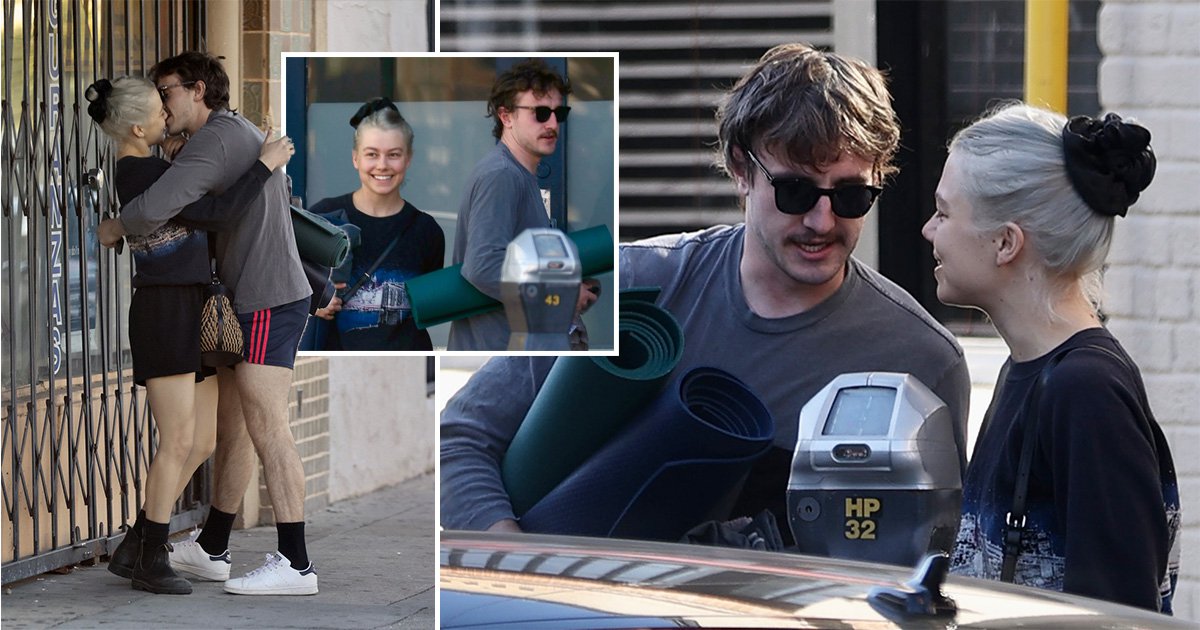 Whether Paul Mescal and Phoebe Bridgers are engaged or not, they are clearly just as in love as ever and don’t care who knows it.

The Normal People actor and his singer-songwriter girlfriend, who have been dating for two years, were pictured leaving a yoga class in Los Angeles last week but the hot and sweaty action didn’t stop once they left the studio.

With both of their yoga mats tucked firmly under his arm (we love a man who can multitask), Paul, 26, swooped Phoebe, 27, into his available arm and planted a kiss on the musician, who in turn went in for the kill passionately with one hand around his neck and the other on his waist.

Moments earlier, Phoebe had emerged from the yoga class with a huge smile on her face so the exercise – and Paul – must be doing something right.

The couple have kept fans guessing about the status of their relationship as the engagement rumours continue to swirl.

Last month, the stars attended Coachella music festival in California where Phoebe reportedly introduced Paul to others as her ‘fiance’.

A partygoer claimed that the pair made no secret of the fact they were engaged, according to The Sun, but she hasn’t been seen wearing an engagement ring.

Paul and Phoebe were first linked in May 2020 when the indie musician watched Sally Rooney’s Normal People.

The exchange quickly led to a blossoming friendship and the two collaborating on Phoebe’s Savior Complex music video.

Phoebe later admitted to NME that she thought Paul was a ‘cute boy’ after watching his hit BBC series, and that her heart did ‘a little pitter-patter’ when he followed her back on Instagram.

Paul also spoke highly of his girlfriend in November 2020 – identity then unknown – calling her ‘a lifesaver’ and ‘invaluable’ in recent months, adding: ‘Really, I don’t know where I’d be without her.’

In November, they made their red carpet debut at the LACMA Art+Film Gala before going Instagram official, sharing an adorable windswept selfie of them taking a walk along the pier and Paul leaning in to kiss Phoebe’s head.