AceShowbiz –Rami Malek had one of his best nights on Sunday, February 24 as he was named Best Actor at the 2019 Academy Awards for his performance in “Bohemian Rhapsody“. However, his night was briefly interrupted as it took a seriously painful turn after he fell off stage.

The newly-minted winner was seen taking a stumble off the Oscar stage into the audience area after the award-giving ceremony concluded. The 37-year-old looked understandably shocked while others surround him tried to help him up. 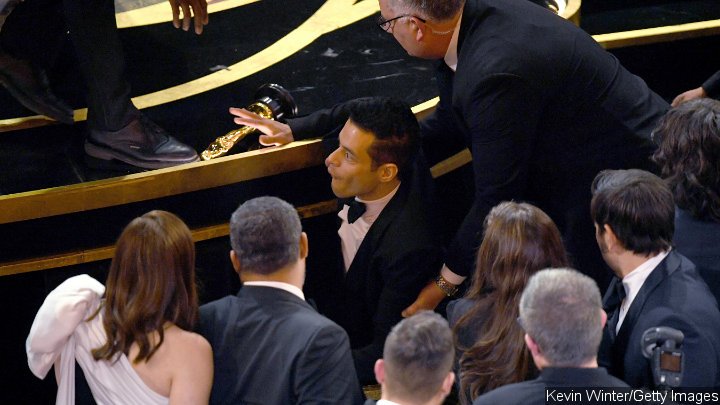 After the fall, the “Mr. Robot” actor was brought into a chair in the front row to receive medical treatment from paramedics. It was also said that he was later moved onto a more private area backstage for a more proper medical attention. A rep for the actor has yet to respond to the report so it remains to be seen how serious his injuries are. 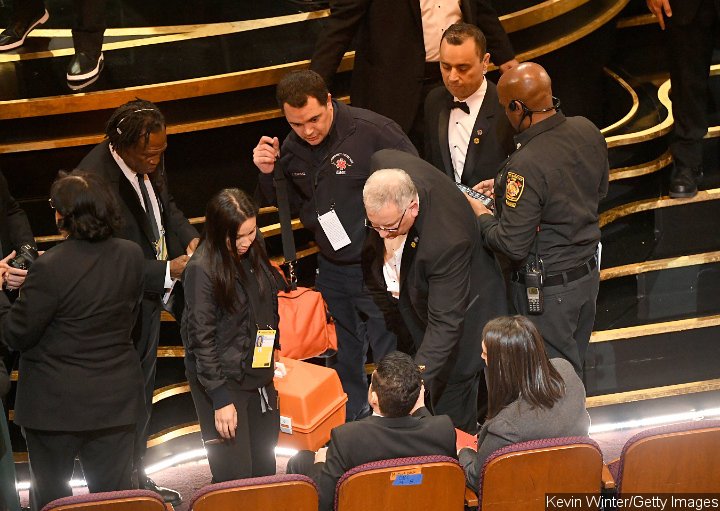 The actor appeared to be late in joining a photo session with fellow Oscar winners Mahershala Ali, Olivia Colman and Regina King. The trio, who won Best Supporting Actor, Best Actress and Best Supporting Actress respectively, was snapped together before Rami joined.

That night before taking the stage to receive his throphy, Rami was seen passionately kissing his co-star and girlfriend Lucy Boynton. Rami, who portrayed Queen‘s frontman Freddie Mercury in “Bohemian Rhapsody”, gave a shoutout to his mom during his speech.

“My mom is in here somewhere, I love you. I love you, lady,” Rami said. “My family, thank you for all of this. My dad didn’t get to see me do any of this, but I think he’s looking down on me right now. This is a monumental moment.”

“I’m so appreciative to all of you, to everyone who has had a hand in getting me here,” the actor continued. “To the Academy, to people who took a change on me every step of the way. Graham King, [producer] Denis O’Sullivan, everyone at Fox and New Regency, thank you guys so much. I might not have been the obvious choice but I guess it worked out. Thank you Queen. Thank you guys for allowing me to be the tiniest part of your phenomenal, extraordinary legacy. I am forever in your debt.”

Rami concluded his speech by professing his love to Lucy, saying, “Lucy Boynton, you’re the heart of this film. You are beyond immensely talented you have captured my heart. Thank you so much.”