Thousands of One Direction fans would give anything for Niall Horan to slide into their DM’s but that dream came a reality for boy band Picture This who were picked by the singer to join him on tour. 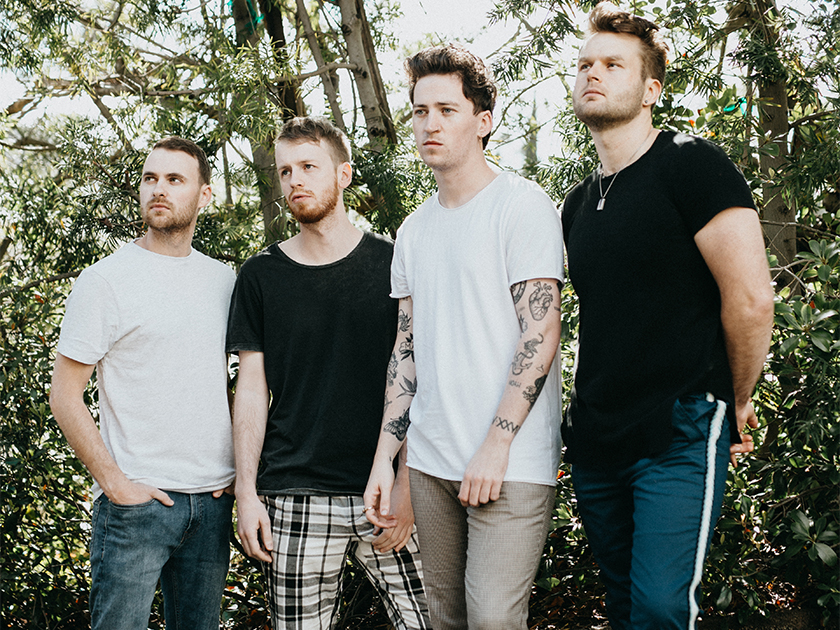 The four friendly lads – Ryan Hennessy, Jimmy Rainsford, Owen Cardiff and Cliff Deane – have been likened to The Script and U2, but when Celebs Now caught up with them ahead of the release of their new album MDRN LV, we discovered they’ve got a lot more showbiz connections up their sleeves – and Niall in their phonebook.

Lead singer Ryan said, ‘He [Niall] slid into my DM’s on Twitter. His cousin showed him our music and he just loved it. The funny story is a radio DJ in Ireland text me one day and said ‘I’ve just walked into Niall’s house and he was singing Take My Hand on his guitar all night’ and that was our first song so we were like ‘holy s**t’ He messaged us and said come on tour, I’m playing London and Stockholm.’

And the band haven’t looked back since. Their self-titled debut album was #1 in Ireland for six months during 2017, and went triple-platinum.

Ryan continued, ‘We were all delighted, and we knew Niall has always been a great supporter of Irish music and he always has his ear to the ground in terms of what music is coming out so to have him supporting us on social media, we knew he was coming for us.’

And the lads, who are currently outselling Ariana Grande two to one in Ireland, joined Niall for a drink or two at earlier this month.

‘We bumped into him at The Grammy’s and he can drink – him and his crew,’ revealed Ryan.

So what’s next for the boys? Aside from playing sell-out gigs in the UK, they want number one fan Louis Walsh to pull a few strings and let them perform on his TV show Ireland’s Got Talent.

Ryan said, ‘Louis Walsh is always in touch. He’s a massive fan of ours. He always talks about us. He’s on Ireland’s Got Talent but we’ve never performed on there – we’d like to.’ He added, ‘If you want to go The X Factor route and become that person that’s cool, but we’re not interested in that. We totally understand how it’s good for people and great TV but I find it a different route of getting into the music industry.’

And it looks like they’re doing pretty well without it. Live, the band sold over 400K tickets, selling out a stadium tour in Ireland last summer and becoming the first act ever to play and sell out five nights at 3arena in Dublin (U2 – 4 nights, Adele – 3 nights).

Picture This’ new album MDRN LV is out on March 15