Talk about having no hard feelings! Caelynn Miller-Keyes, a.k.a. the third runner-up on Colton Underwood’s season of the Bachelor, not only bears no ill will toward her ex and his new lady, Cassie Randolph, she counts them among her gym buddies!

The Miss USA 2018 runner-up, 23, shared an Instagram Story on Thursday, April 18, that showed the speech and language therapist, also 23, sitting at a workout machine while pumping her arms into the air enthusiastically.

“That’s not an arm machine, Cass,” Miller-Keyes can be heard saying before breaking into a fit of giggles. 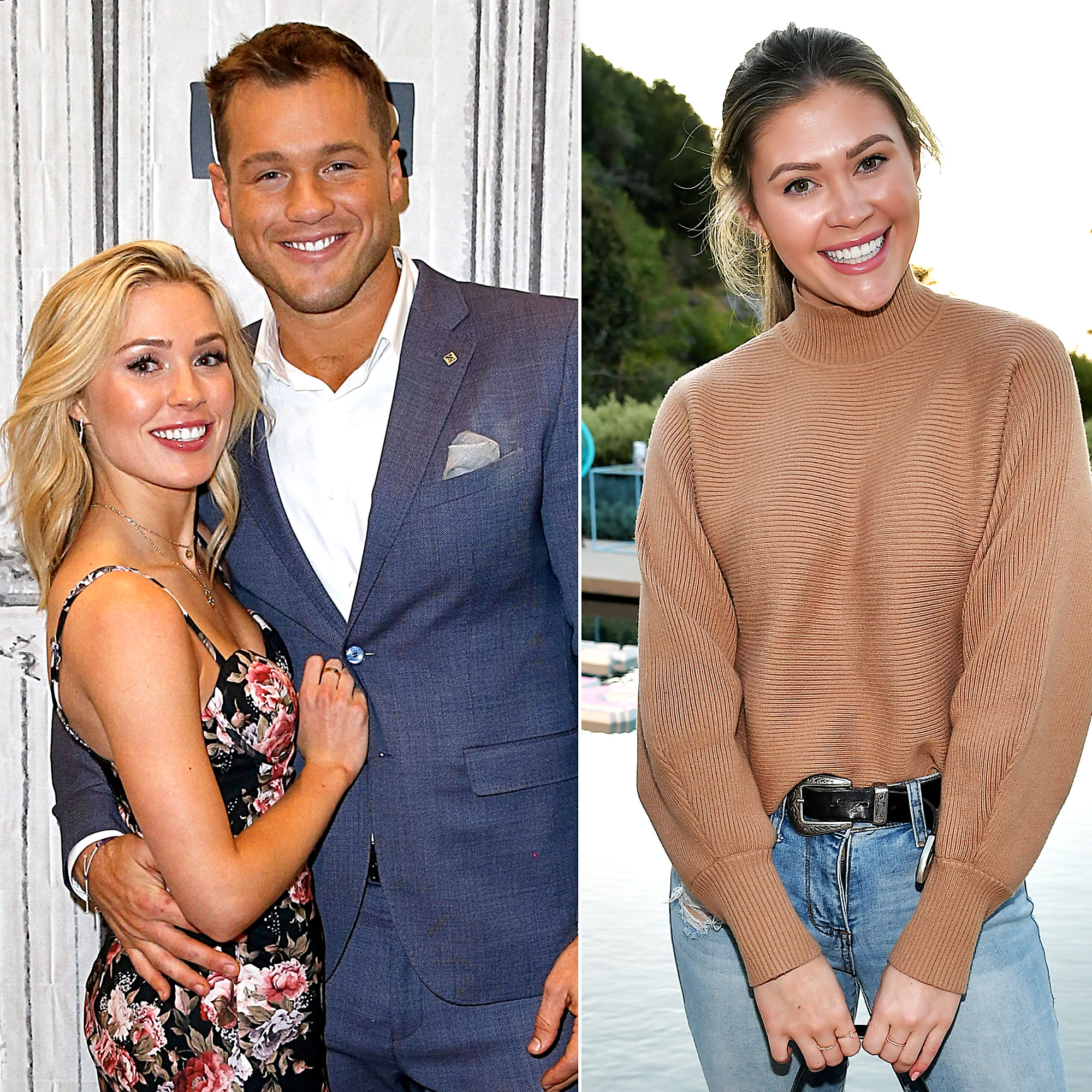 Randolph then corrects herself, using the leg press while simultaneously still lifting her arms into the air.

“We’ve been separated for too long,” the former beauty queen captioned the clip.

Randolph also showed off their workout on her Stories on Thursday, which included her Bachelor boyfriend, 27.

“Family run guys let’s go,” she wrote on a video that showed Miller-Keyes running on a treadmill before panning over to Underwood, who was doing the same.

“I feel like we are all hamster friends,” Randolph joked on a subsequent clip.

The athlete shared his girlfriend’s video on his Stories, adding, “One big weird family.” 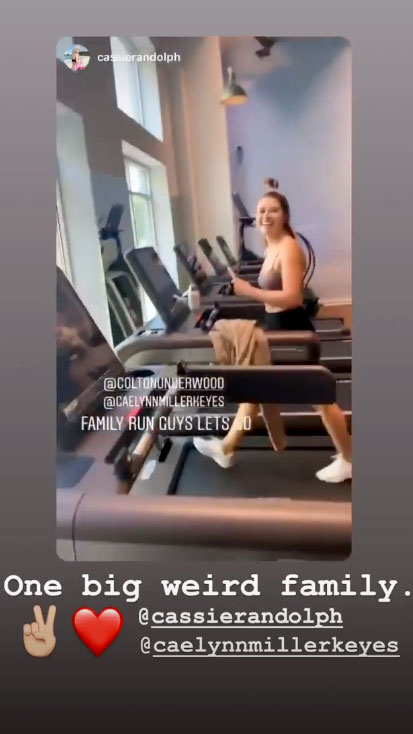 The model opened up about moving into the same building as the couple in West Hollywood earlier this month. “It is completely normal,” she shared exclusively with Us Weekly. “I think people are a little weirded out. They don’t understand it. But we filmed a TV show [together].”

She continued: “If you look at past, like, prior contestants, they’re friends … with the lead. That’s exactly what happened in this situation. I was able to detach my emotions and my feelings, and Colton’s like a big brother to me and I love him as a friend.”

She also told Cosmopolitan in a piece published on Wednesday, April 17, that there’s no love lost between her and her former competitor.

“Cassie and I are so close Opens a New Window. ,” she told the magazine. “It’s one of the best friendships I’ve ever had in my life. Sure, it was a little weird when I initially found out, but eventually, I was like, ‘This is my best friend, and this is an incredible guy that I know. Why would I not be happy for them?’ So, I was able to put her — and our friendship — first.”

Though the women became friends while competing on season 23 of the show, Miller-Keyes was not expecting Underwood to send her home.

“I was surprised. Cassie and I, the way that we managed our best friendship so well is because we separated our friendship and our relationship,” she told Entertainment Tonight in February. “And so, she didn’t really talk that much about her relationship, but she did say that, you know, we both kind of felt that my relationship was a little more further advanced than hers. So I was surprised that I was sent home and not her.”

Though Randolph initially rejected her suitor’s advances, the couple reconciled on the show’s season finale.

The pair ultimately decided not to get engaged, but the TV personality has since moved to L.A. to be closer to Underwood.