Olivia Wilde and Harry Styles packed on the PDA while cruising around Italy on a yacht. The couple were seen kissing in these new photos.

Harry Styles, 27, and Olivia Wilde, 37, look more loved-up than ever! The lovebirds, who recently reunited in Tuscany, Italy, have now been photographed packing on the PDA while cruising on a yacht on July 5. In photos obtained by Page Six, which you can see here, the pair couldn’t keep their hands off each other as they soaked up the sun on the top of a boat. 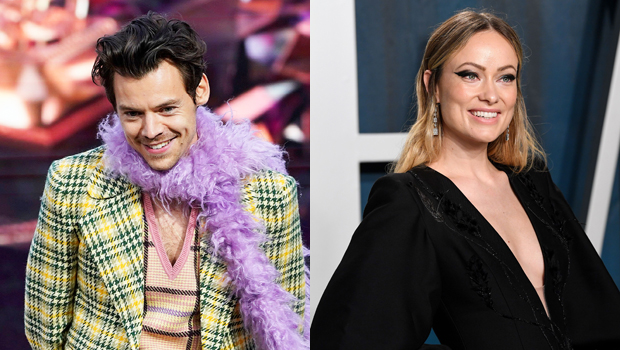 The “Booksmart” director and the former One Direction hitmaker were photographed dancing, reading, kissing and cuddling aboard the luxe yacht, as they drank wine and went for a swim in the crystal blue Italian waters. Olivia opted for a blue bikini  featuring a strappy top and high-waisted bottoms, while the Grammy nominated singer donned a pair of black swimming trunks, exposing his tattooed torso.

At one point, Harry also wore a blue baseball cap, and covered up in an oversized, blue button-down. The sighting came just a few days after they were spotted with their arms wrapped around each other in Porto Ercole. As fans would know, Harry recently wrapped filming his new movie, “My Policeman,” and a source told Page Six that the new couple were making the most of their downtime. 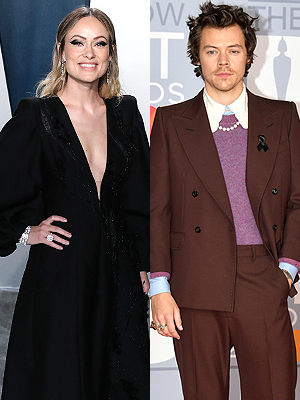 “Harry has been seen taking a break on the beach in Porto Ercole after he finished filming ‘My Policeman’ in London,” a source told the outlet “Olivia has also been in London, spending time with her kids, who are there with Jason. Olivia stayed behind with her kids, then she flew into Porto Ercole to join Harry.” Olivia shares her children Otis, 6, and Daisy, 4, with ex Jason Sudeikis, 45.

The dad-of-two was seen on June 30 with his children, after it was confirmed he and British model Keeley Hazell, 34, were an item. The Ted Lasso co-stars were first seen packing on the PDA in New York City on June 27, wrapping their arms around each other for a romantic stroll in the city, seemingly confirming their romance.