The ‘Driver’s License’ hitmaker and the Hollywood producer are caught on camera packing on the PDA outside a car in Los Angeles, days after attending ‘Space Jam: A New Legacy’ premiere together.

AceShowbiz –Olivia Rodrigo has clearly moved on from her love triangle drama. The “Driver’s License” hitmaker has been caught packing on the PDA with producer Adam Faze, seemingly confirming their romance rumors.

The lovebirds were caught on camera when they were having a steamy makeout session in Los Angeles over the weekend. In the paparazzi pictures obtained by Page Six, the pair were kissing while leaning on a black Audi with his arms wrapped around her waist. 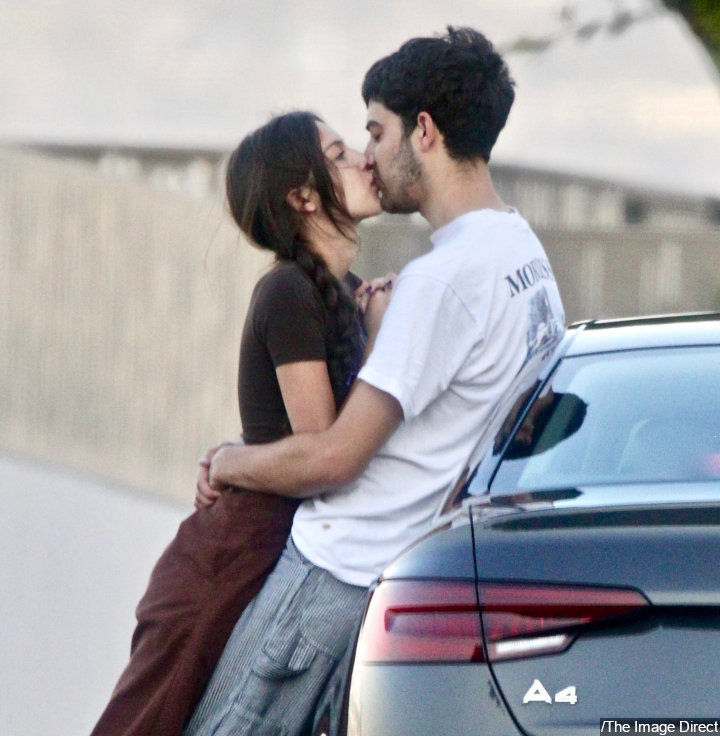 Olivia Rodrigo and Adam Faze were caught making out after sparking dating rumors.

The 18-year-old singer playfully pinned her boyfriend on the parked vehicle before she gave him a smooch. She later adoringly placed her hands on his face and snuck her hands under his T-shirt while flashing a smile.

Olivia went low-key for the date, wearing a tight brown T-shirt and pants with her long brunette hair being styled in a messy braid. Her 24-year-old beau, meanwhile, donned a white tee and gray pants while sporting thin facial hair.

Olivia and Adam first sparked dating rumors after they stepped out together to attend the premiere party for “Space Jam: A New Legacy” at Six Flags Magic Mountain in California on June 29. According to an eyewitness, it was clear the two were an item as they were holding hands throughout the evening.

One insider claimed at the time that the pair has been dating for “a few months.” The source added, “She seems really happy with him and they are definitely dating exclusively and getting serious.”

TikTok personality Stuart Brazell additionally captured a video of the couple together and gushed, “They were really cute, but not too overly touchy.”

Olivia was previously linked to her “High School Musical: The Musical: The Series” co-star Joshua Bassett. Following the release of her hit “Driver’s License”, it was speculated that the song was inspired by her breakup from the actor.

“I totally understand people’s curiosity with the specifics of who the song’s about and what it’s about, but to me, that’s really the least important part of the song,” the actress responded to the wild speculation in an interview with Billboard in January. “It’s resonating with people because of how emotional it is, and I think everything else is not important.”