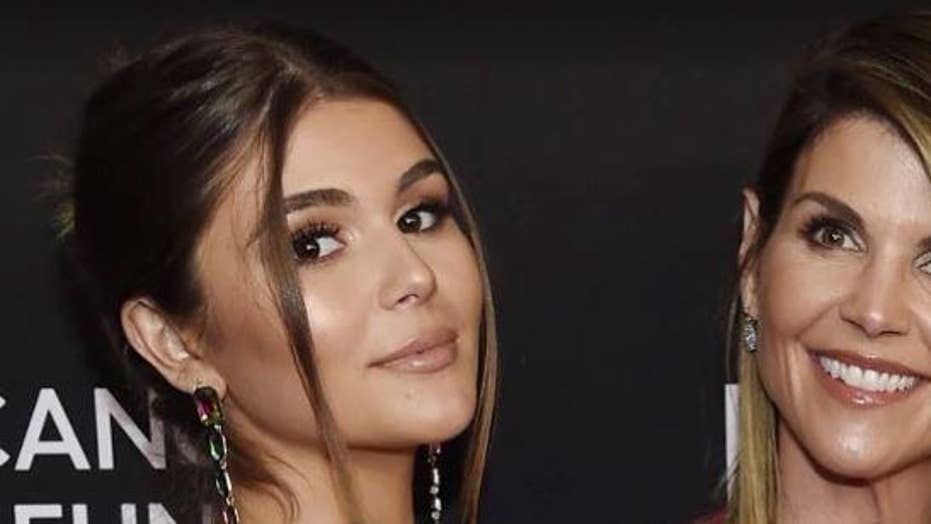 Lori Lauglin's daughter Olivia Jade Giannulli said in a YouTube video last year that not all kids who play a sport go to college for it, despite her getting into the University of Southern California's crew team with no experience in the sport.

The YouTube star was giving advice to new YouTubers when she made the sports analogy.

"It's not like every kid that plays a sport is like, what happens if I don't go to college for it, or like become a professional. Some people just do it because they like it," she said in her Feb. 23, 2018 video.

Her comments were especially scrutinized after it was reported that Gianulli's parents allegedly paid about $500,000 to get their two daughters into USC by designating them as recruits to the school’s crew team. But the sisters did not have any experience with the sport.

Fellow YouTube personality Harlow Brooks was a high school classmate of Olivia Jade and said she was not shocked at the cheating news.

"The fact that she took away an athletic scholarship from someone who deserved it, and didn't have the money to pay for USC and had been training all their life to get on the rowing team — it's just crazy," she said. "When I was at the school they tried to get me to join the rowing team, and I'm pretty sure she wasn't even there."