Nicolas Cage is back on the late night circuit for the first time in well over a decade, and he’s already leaving our mouths agape!

On Wednesday, the eccentric actor made his first late-night talk show appearance in 14 years when he stopped by Jimmy Kimmel Live to promote his upcoming flick, The Unbearable Weight of Massive Talent. Unsurprisingly, he had 14 years’ worth of bizarre stories to share that would most definitely only happen to Nic Cage.

After sharing an anecdote about using a spatula when feeding his a two-headed snake — yeah, that’s what he said! — the 58-year-old addressed the rumors that he once bought a cave filled with bats. He admitted it almost happened, as he “explored all the elements.”

Explaining his reason for looking into the cavernous real estate, Nic shared:

“At the time, I was married and I thought I wanted to be in, it looked like unfiltered sake. I thought, ‘I want to buy this and just go down to the bottom of the cave and get totally naked with my wife and drink.’ Needless to say, I didn’t buy the cave, it didn’t happen.”

In another story, the Oscar winner — who lives in Kimmel’s old stomping grounds of Las Vegas — explained that he isn’t a gambler, but he has a very important, magical reason why not.

“Do you ever have one of those nights where you feel like the mojo is with you and you could just do nothing wrong? Everything was going to go your way. Every number I chose, and I often would choose the same number, it kept winning. Even the woman who was spinning the balls said, ‘Nothing sweeter than a repeater.’”

But the money was so easily won, it felt to Cage like a gift from the universe — one he should pass on. He explained:

“The next day I said, ‘This is so special’ … I found an orphanage. I went across Nassau Harbor. I met all the children and I said to the head mistress this is for you. And put $20,000 cash in her hand and I never gambled again because it would have ruined the magic of that night.”

LOLz, you can’t make this stuff up!

Ch-ch-check out the clip (below) to hear more crazy stories! 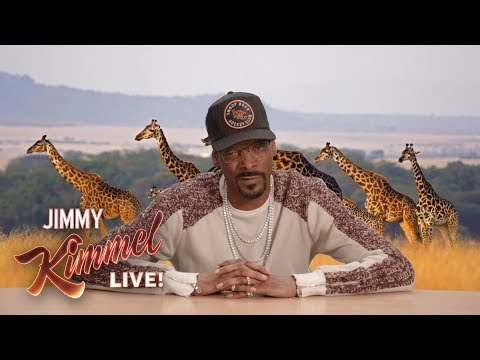