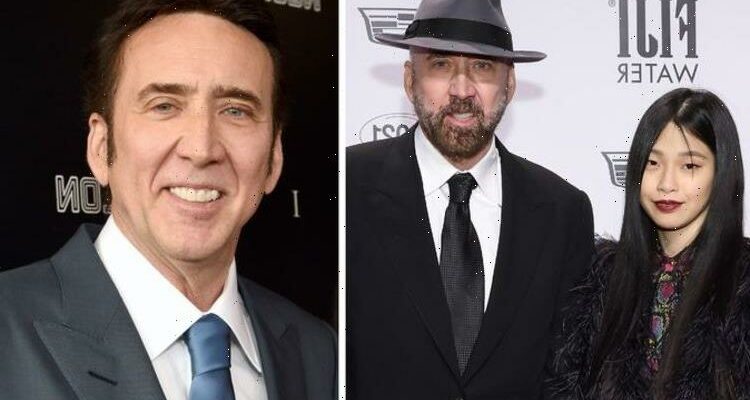 Nicolas Cage, 57, and his wife Riko Shibata, 27, are expecting a child together, a rep for the actor confirmed. The joyful news comes just one year after the pair tied the knot in a small wedding ceremony held in Las Vegas.

“The parents-to-be are elated!” the Hollywood actor’s representative told People.

Nicolas already has two children from his previous relationships.

He shares his oldest son Weston 31, with American actress Christina Fulton, while 16-year-old Kal-El is the offspring of Alice Kim.

Riko is the fifth woman to have tied the knot with the Face/Off actor, who settled for a “very small and intimate wedding” held at the Wynn Hotel in Las Vegas last February.

Speaking of their nuptials last year, Nicolas said: “It’s true, and we are very happy.”

The pair are said to have met through a string of mutual friends when Nicolas was filming his movie Prisoners of the Ghostland in Shiga, Japan.

The usually private film star touched on his relationship with Riko in a rare interview with Entertainment Tonight in July 2020.

“We met in Japan, and I thought she was stunning when I met her. We had a lot in common,” he explained.

“She likes animals, too, so I asked her, ‘Do you have any pets?’

“And she said, ‘Yes, I have flying squirrels’.

“She had two sugar gliders… I thought, ‘That’s it. This could work out’.”

Nicolas revealed he had popped the question to Riko over a video call seeing that they were separated at the start of the pandemic when the latter was still living in Kyoto, Japan, while the California native was based in Nevada, Las Vegas.

Due to strict travel regulations, the pair didn’t see each other for a whopping six months.

But upon her return to the United States, Nicolas wasted no time moving ahead with their wedding plans after opting to exchange their vows at a hotel.

Nicolas had previously tied the knot with Erika Koike in 2019, whom he was only married to for four days after claiming to have been intoxicated when he agreed to wed her.

In his court filing for an annulment, he alleges to have “lacked understanding of his actions in marrying [Koike] to the extent that he was incapable of agreeing to the marriage.”

“Prior to obtaining a marriage license and participating in a marriage ceremony, [they] were both drinking to the point of intoxication,” the court documents revealed.

“As a result of his intoxication, when [Koike] suggested to [Cage] that they should marry, [he] reacted on impulse and without the ability to recognize or understand the full impact of his actions.” (sic)

Nicolas’ ex-wives also include Patricia Arquette, whom he was married to from 1995 to 2001, and a two-year marriage to Elvis Presley’s daughter, Lisa Marie Presley.