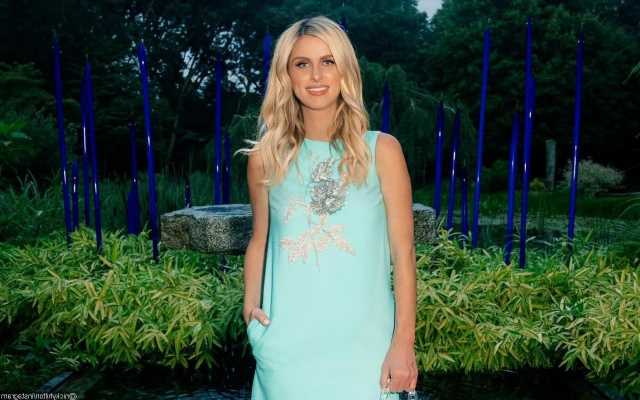 More than two weeks after welcoming her third child with husband James Rothschild, the younger sister of Paris Hilton shares a photo of her newborn sleeping on her chest.

AceShowbiz –Nicky Hilton is offering the world a sneak peek at her newborn son. More than two weeks after announcing that she has welcomed her third child with husband James Rothschild, the socialite and fashion designer took to social media to treat fans to a first look of her baby boy.

Making use of her Instagram account, the 38-year-old shared a sweet snap that saw her resting on a hammock with her newborn infant lying on her chest. In the photo posted on Thursday, July 21, she could be seen smiling at the camera as her baby was seen sleeping with his head turned away from the lens. “Baby bliss,” she wrote in the caption.

In another adorable snap she shared via Instagram Story, the younger sister of Paris Hilton let out a picture of her son fast asleep while facing down on her chest. Donning a comfortable baby blue onesie with a pair of angel wings, the infant’s hands could be seen reaching up to his mother. 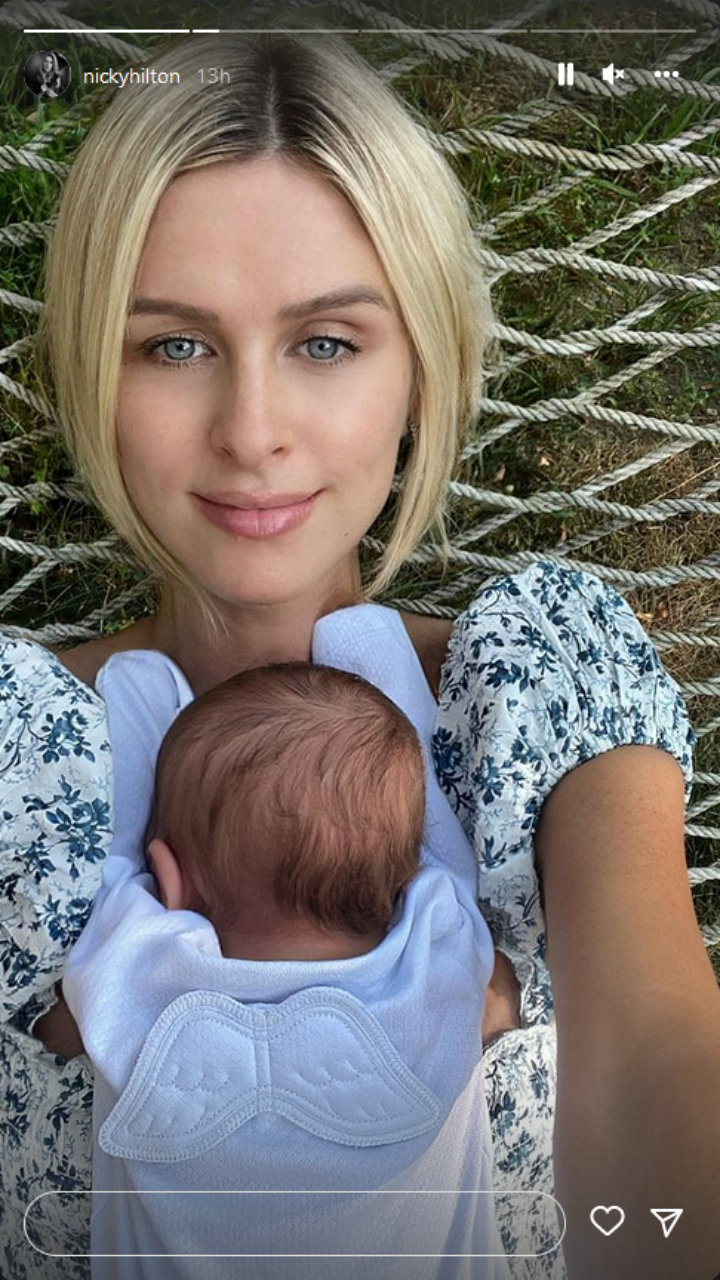 The photos attracted many reactions from Nicky’s millions of followers. Along with congratulatory messages, many of them flooded the post’s comment section to gush over the mother-and-son duo. “OMG ANGELLLLL,” one wrote. “Awwwwwww Love you and the little one,” another chimed in. A third one joined in by writing, “Awwwwww congratulations what a blessing. Nicky !!! We are so happy for you and the family xxxx sending love & light.”

The baby boy’s arrival was announced earlier on July 5. He joins Nicky’s two daughters, 5-year-old Lily Grace Victoria and 4-year-old Theodora “Teddy” Marylin, in the family. On her Instagram account, the mother of three shared a silhouette photo of her and her husband, happily gushing in the caption that read, “We are officially a party of 5!”

Two years before welcoming her third child, Nicky shared her thoughts on dealing with mom guilt. “I think all moms suffer from mom guilt,” she told PEOPLE. “I think we could all do better at that and it’s important to still do the things you love. Don’t let your children completely take over your life. Navigate that balance and find that balance.”