Football fanatics! It’s no secret that athletes such as Tom Brady Opens a New Window. , Jay Cutler and Aaron Rodgers love football, but there are also plenty of stars that enjoy rooting for their favorite teams from the sidelines, too — or from the comfort of their homes.

Whether they’re suiting up in the jerseys of their favorite players every Sunday afternoon or going all out for their fantasy football league, Tinseltown’s finest has plenty of love for the game.

Nick Lachey, for instance, has been known to cheer on his team from the couch alongside son Camden, while John Legend does his fantasy drafts in his home while surrounded by daughter Opens a New Window. Luna’s toys, making it a family affair.

Others, like Eric Decker, have given up their days on the field, but not their affinity for the sport; Jessie Decker says she and her husband watch the game religiously.

There are also plenty of A-list women in the stadiums’ stands. In addition to football wives, such as Gisele Bündchen and Kristin Cavallari Opens a New Window. , who are often on hand to applaud on their men, you’re also likely to find celebs such as Alyssa Milano — the Wet Hot American Summer: Ten Years Later alum created her own line of fan apparel for women called Touch, which is sold through the NFL Shop.

Then there’s E! News anchor Maria Menounos, who’s no stranger to the stadium Jumbotron: She has been to nearly 20 Super Bowls, after all!

Scroll through to see who else is loyal to the game — and for which teams! — below. 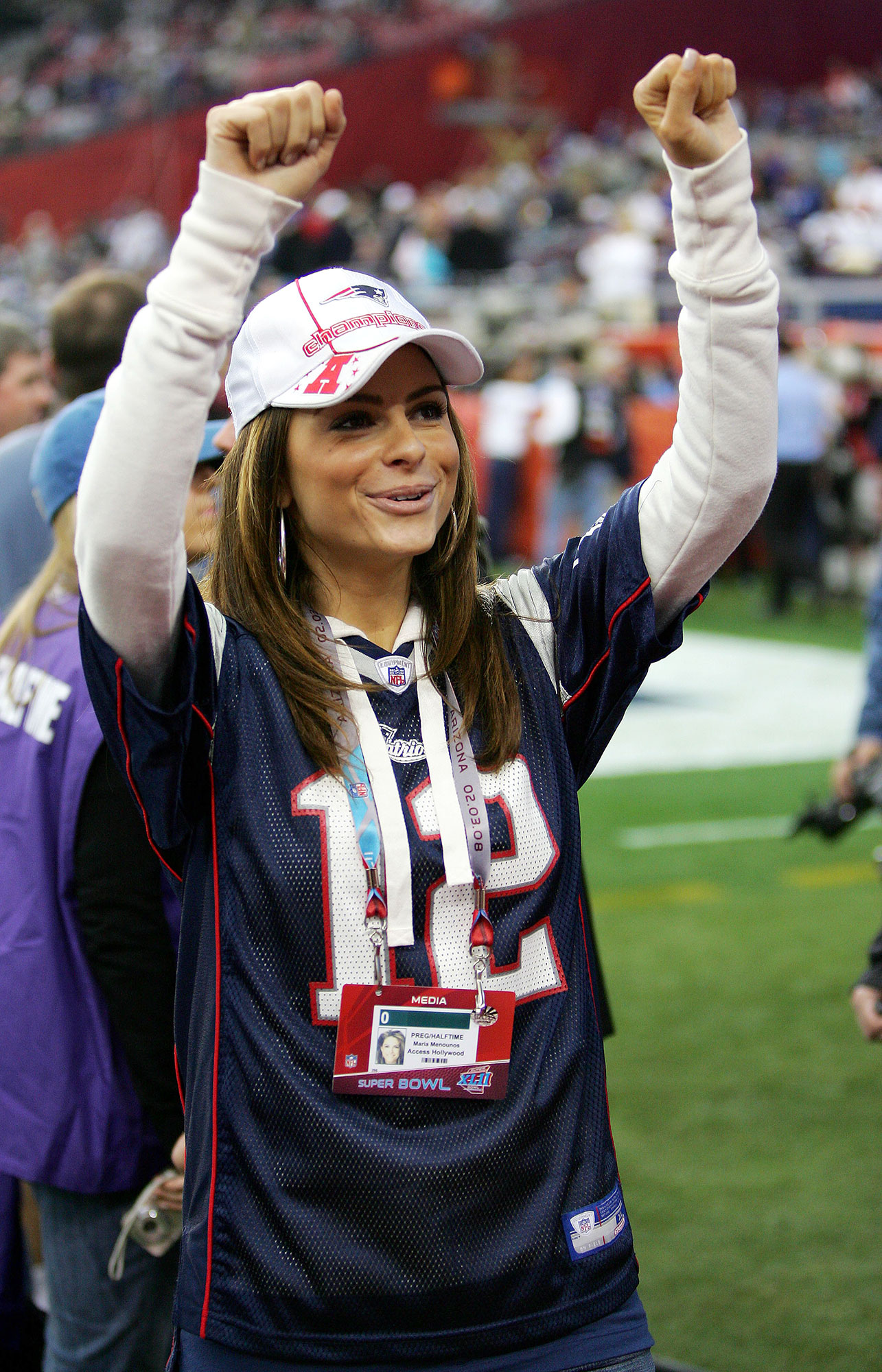 The longtime Patriots fan told ESPN Opens a New Window. in January 2019 that she hasn’t missed a Super Bowl in ages, and that she’d definitely be present on February 3. “Hell yeah! I’ve been to every single one except for one they weren’t playing, but I’ve been to 17 Super Bowls. … Maybe they’ll give me a ring!” 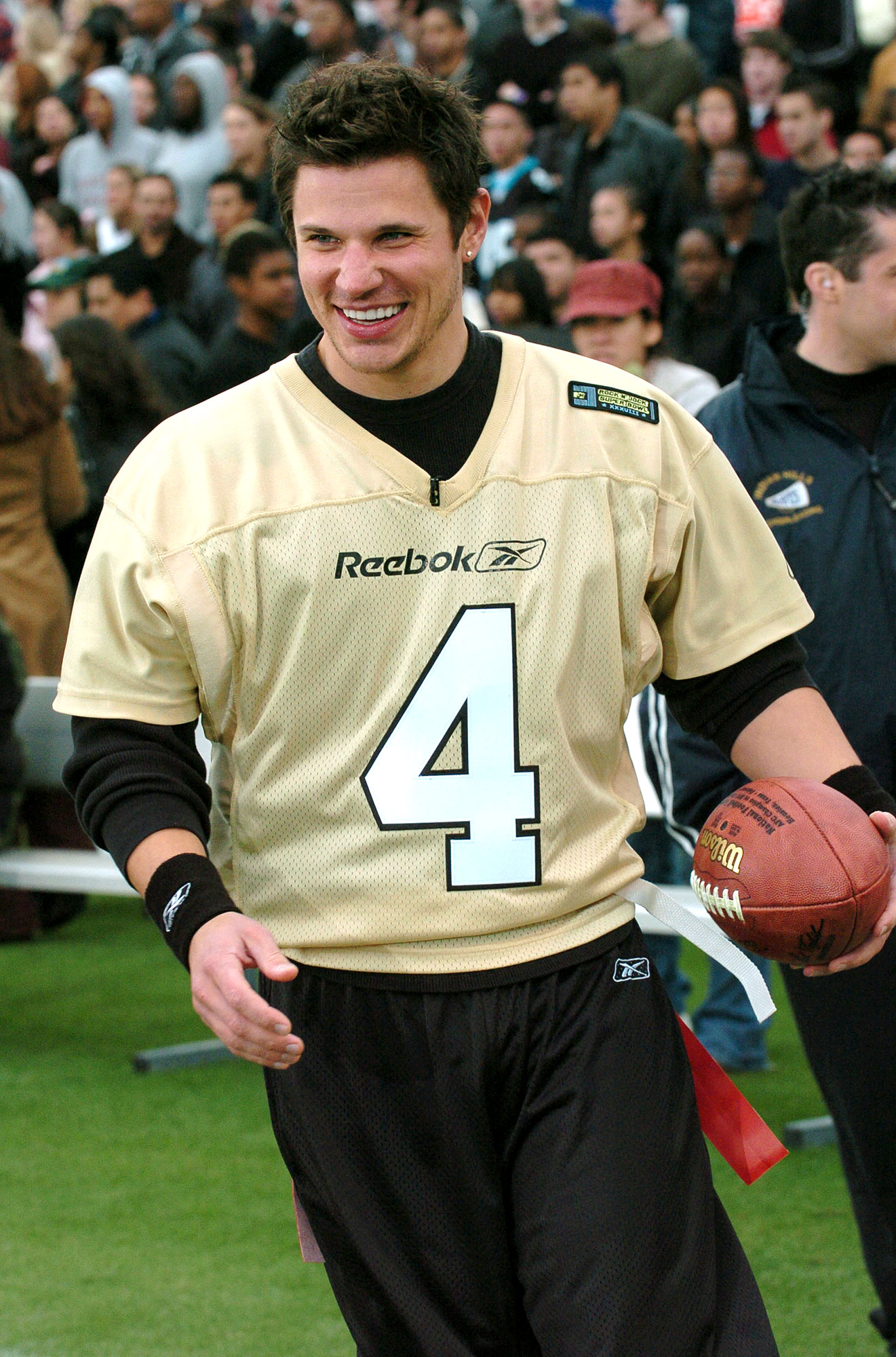 The 98 Degrees singer shared his pastime with son Camden in January 2019, posting a sweet Instagram photo Opens a New Window. of himself snuggling up to the little boy on the couch with a triumphant fist in the air. “Hoping to make this same face again on February 3rd. Let’s go #Rams!!” he wrote. 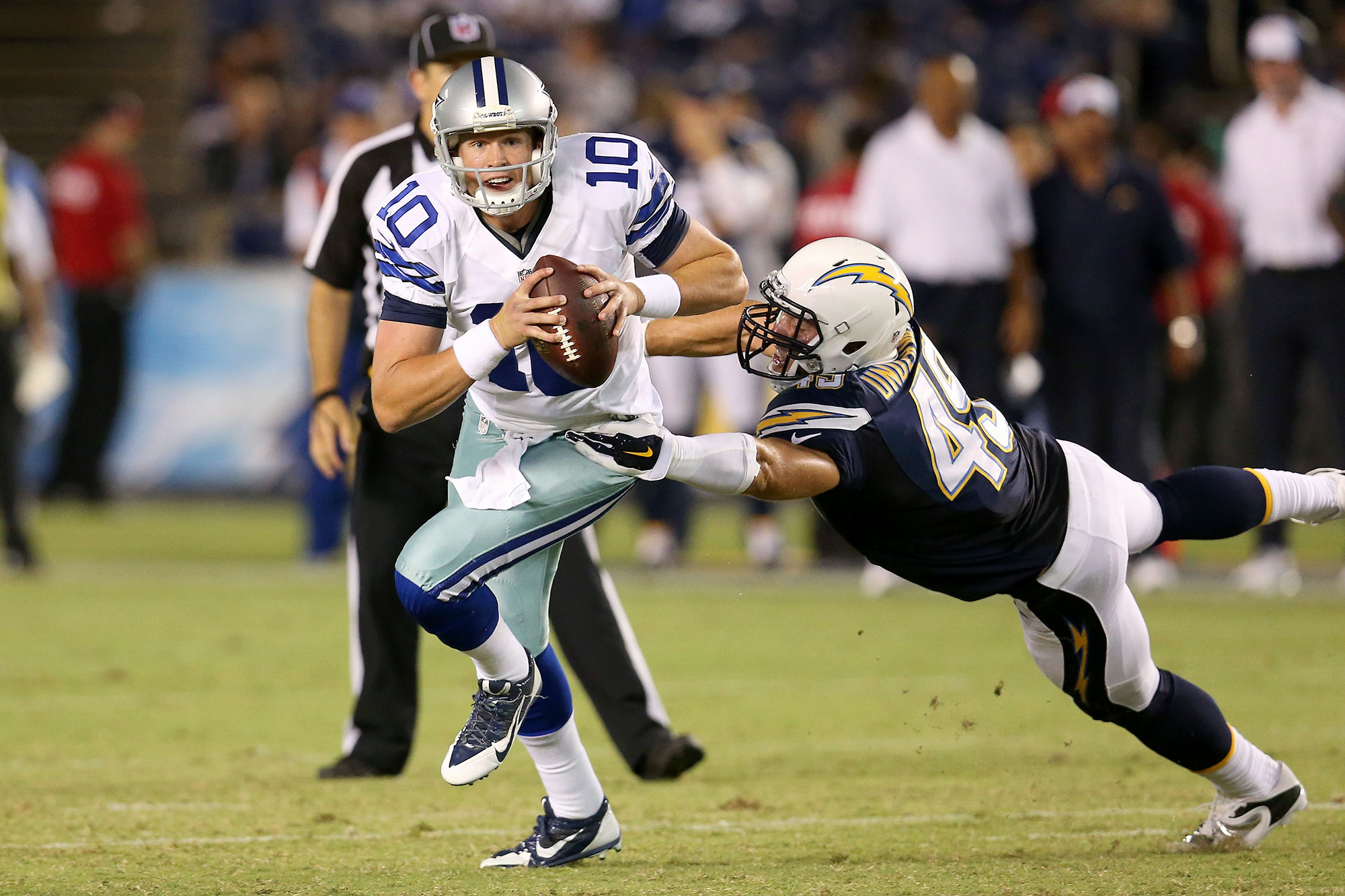 The season 23 Bachelor played college football for Illinois State before flirting with the NFL. (He was signed by the San Diego Chargers as an undrafted free agent in 2014 before being waived and placed on injured reserve. He also practiced with the Oakland Raiders, but was released in 2016 after injury struck.) “I had a serious shoulder issue and told myself I should get the surgery done. I couldn’t keep playing on it,” he told the JournalStar Opens a New Window. in June 2017. He’s admittedly gotten a bit rusty since then, telling Us Weekly in January 2019, “For being a former football player, I don’t actually follow the game very closely anymore.” 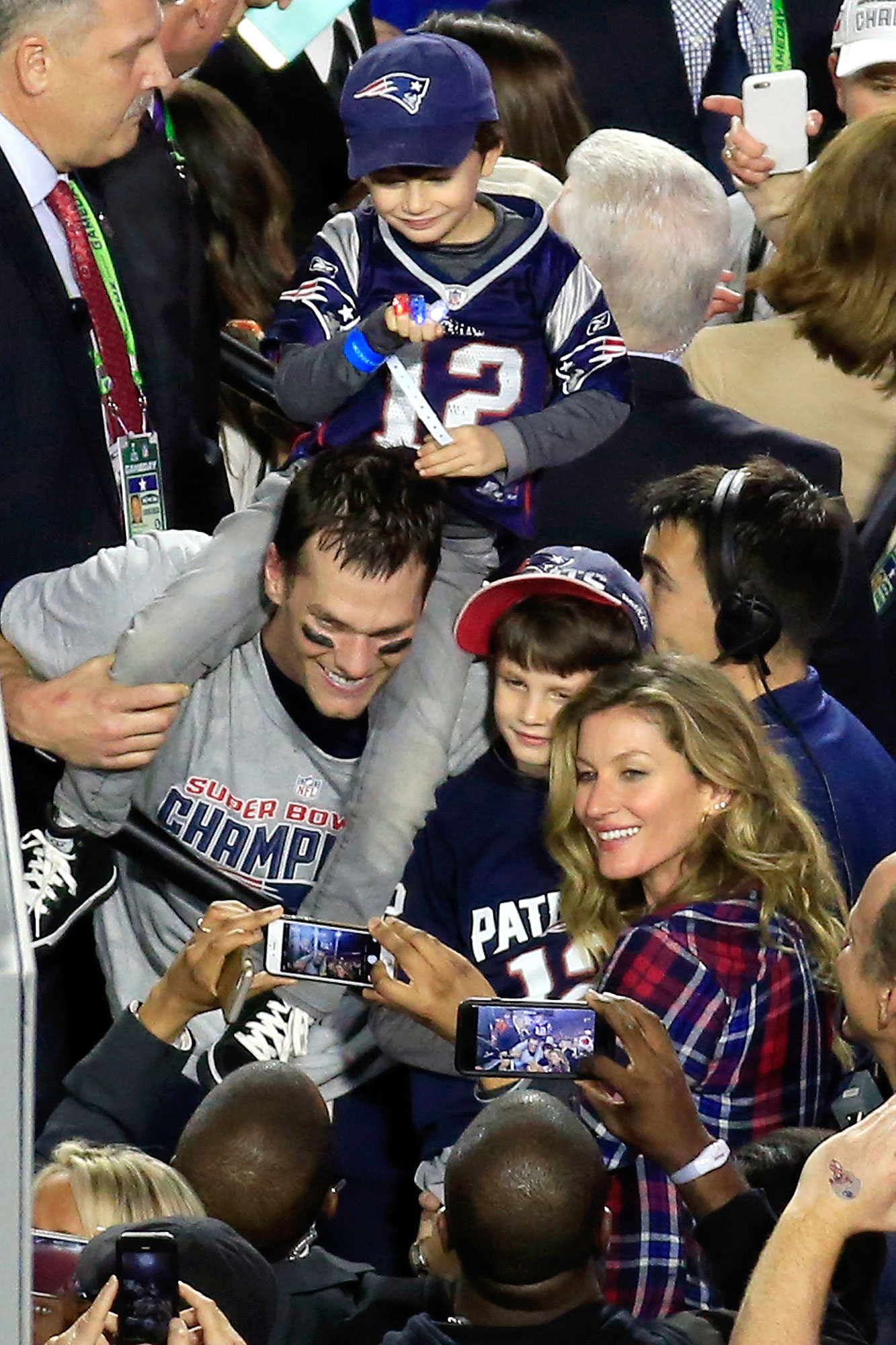 While it’s unclear whether the model was a football fan before she took up with husband Brady, she’s been a sideline staple at the New England Patriots’ quarterback’s games since 2007. In fact, as she revealed to the Associated Press in 2014, she only has eyes for her man on the field. “At night if my husband is watching TV and watching football, I have my little book and I put something in my ears so I don’t hear it and I put my light [on] and have my book and I’m like, ‘Ohhh,’” she said. “He’s feeding his soul and that’s important to him to watch football. I only want to watch if I’m watching him.”

Still, when she cheers, she cheers hard: a video posted to Twitter Opens a New Window. by the NFL in February 2017 showed her going nuts after the Patriots won the Super Bowl. 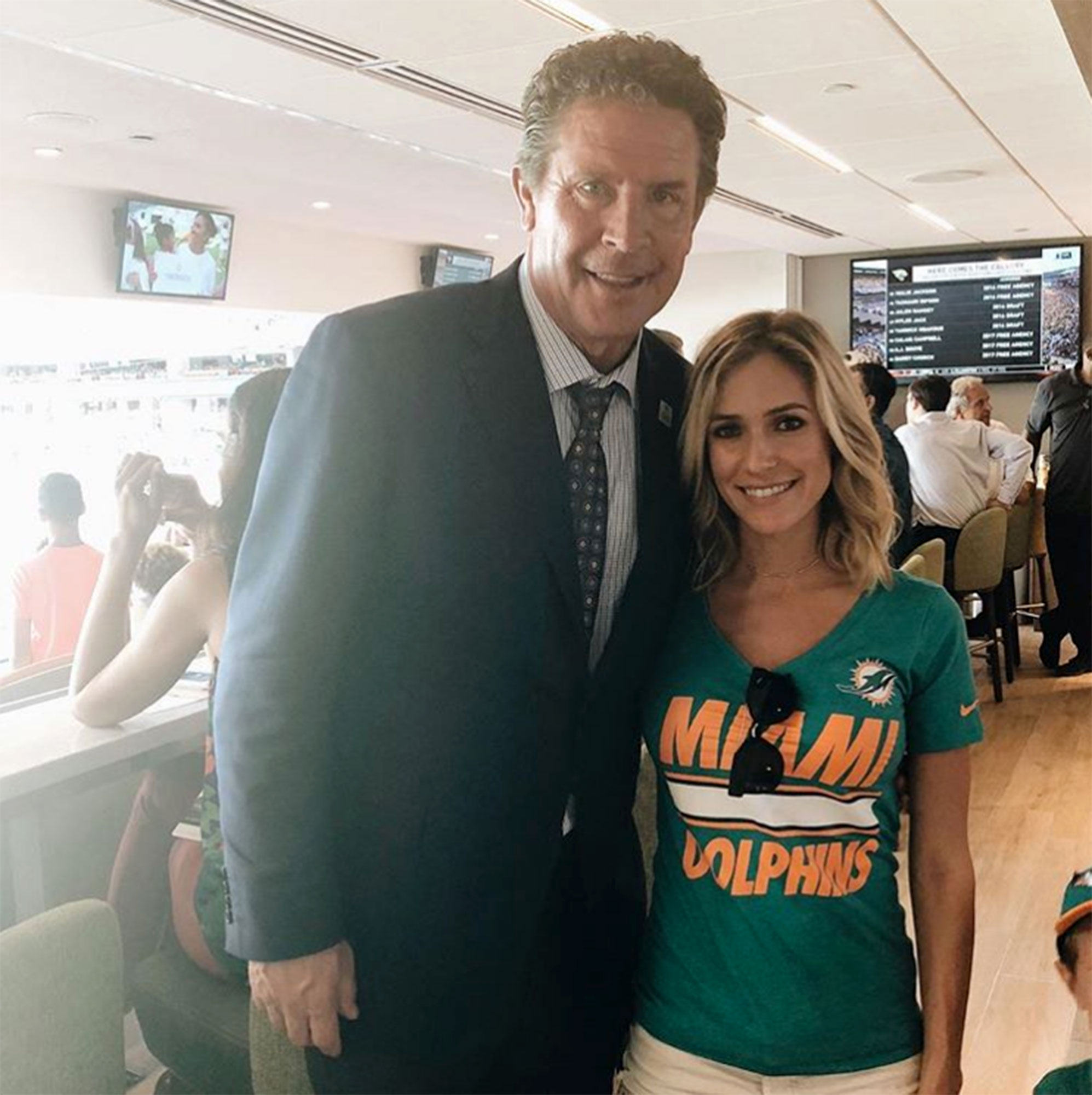 Like Bündchen, Cavallari is a super supportive football wife, repping her quarterback husband, Cutler, from the stands first in Chicago, and then in Miami after he signed on with the Dolphins. Unlike the Vogue cover girl, she has an appreciation for more than one player. The Very Cavallari star posted an Instagram photo of herself with former Dolphins quarterback Dan Marino in October 2017, writing Opens a New Window. , “Legend.”