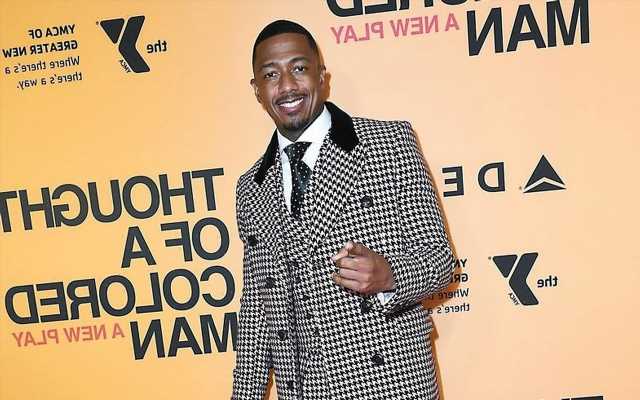 The television host suggests being with his fans makes it a little easier for him to deal with the pain after he lost his youngest child, 5-month-old aby Zen, to brain cancer.

AceShowbiz –Nick Cannon explained his decision to return to work so soon after his baby son Zen died. The television host addressed the issue on the latest episode of his talk show amid concerns about his mental health as he dealt with the heartbreaking loss.

“A lot of people keep asking me, ‘Why you even at work?’ Especially my family, ‘Boy you need to go sit down somewhere. You got too many jobs already anyway!’ I appreciate all that advice and I know it comes from a place of care but to me this isn’t work. This is love,” he said.

While the day got tougher, he was determined to be “the light.” He explained why the previous day was a little easier for him, “Yesterday, I was so laser focused and even numb, you know what I mean? I had to get it done. Today, I’m a little torn. I’m a little confused. Because it’s a hurting thing.”

The presenter insisted it’s easier for him to be with fans instead of being holed up at home. “If I wasn’t here, I’d be probably be in bed, curled up. But you guys give me a reason to get up and get out of bed each and every day,” he opened up.

He also gave update on his baby mama Alyssa Scott, “People are wondering how she is doing. She is making it five minutes at a time, you know what I mean? You never know how strong you are until being strong is the only option. We here. We smiling through the pain.”

Five-month-old Zen passed away following a secret battle with brain cancer. The baby had surgery to drain the fluid which had started to build up in his head, but his condition didn’t improve as the malignant tumor grew quickly. He died after a trip to ocean with mom and dad.