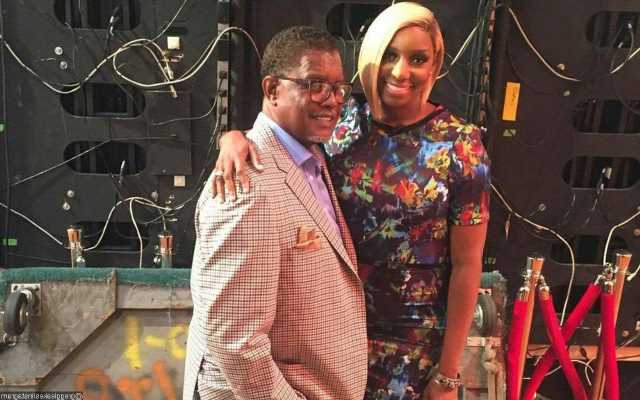 The 54-year-old former star of ‘Real Housewives of Atlanta’ is currently dating fashion designer Nyonisela Sioh as she confirmed her romance back in December.

AceShowbiz –NeNe Leakes is open to starting a new family after losing husband Gregg Leakes to cancer. Now that she has found a man in her life, the 54-year-old star allegedly is “absolutely open to get married again.”

“Despite losing Gregg last year, she is really happy and in a great place as she begins starting this next chapter of her life,” says an insider to PEOPLE about NeNe, who is dating fashion designer Nyonisela Sioh. The source also adds that NeNe’s friends have been a big support for her since Gregg died.

The informant notes that “The Real Housewives of Atlanta” alum has “been leaning heavily on her girlfriends these last few months and when she’s not with Nyonisela, she’s with them whether it’s in Atlanta or other places.” The source continues, “She really hasn’t been alone much.”

The source also shares that “NeNe is totally into” her new boyfriend. “He’s winning and dining her. They’re very much already in love,” the source adds.

NeNe confirmed her romance with Nyonisela in an interview with The Shade Room in December 2021. “I will love Gregg forever & ever! Grieving is hard! Even harder & depressing alone. Gregg and I had a very tearful conversation before his passing. His words to me were ‘be happy, keep smiling and he who finds you, has found a good one,” she said at the time.

NeNe and Nyonisela met through their mutual friend Peter Thomas, who’s married to her “Real Housewives” castmate Cynthia Bailey. It’s unclear when they started dating, but she dropped a flirty comment on his post in last November.

It was previously reported that Nyonisela just got out of a relationship. He allegedly parted ways with his wife last year, but it’s unclear if he has legally divorced his wife or not. However, some reports claimed that he’s still married. He reportedly has three children.