BBC Breakfast star Naga Munchetty, 45, has opened up on the time her former Channel 4 colleagues were left concerned about her due to her black eye, following on from one of her “competitive” games of squash with her husband, James Haggar. The BBC presenter revealed they had to go to hospital after her nasty incident.

He hit me with the forehand.

Speaking on the Her Spirit podcast, Naga revealed how she and James love a “competitive” game of squash, but during one of their matches, her spouse “hit” her face with his “forehand”.

The journalist divulged: “I always loved squash. I have numerous cuts and a bad scar from where my husband slammed the racket into my face.

“With James and I, it is always competitive and I am one of those annoying players who get in the way.”

She continued to recall: “He hit me with the forehand. So I have this scar, I thought he had broken my jaw. 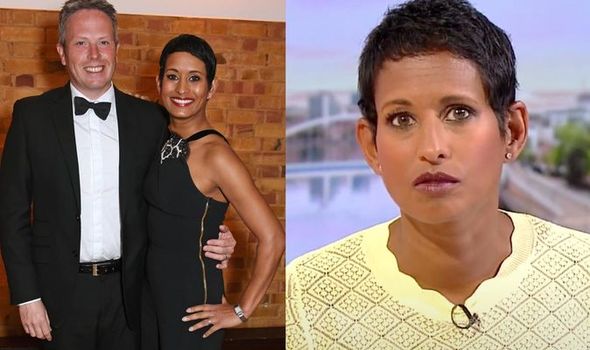 “There was blood everywhere so we drove to hospital.”

Naga, who married James in 2007, proceeded to explain: “When we got there we were separated and they asked about domestic violence – which is right, but James was mortified.

“He’d never raise his hand to anyone.”

The BBC presenter carried on saying how she was working as a journalist for Channel 4 News at the time. 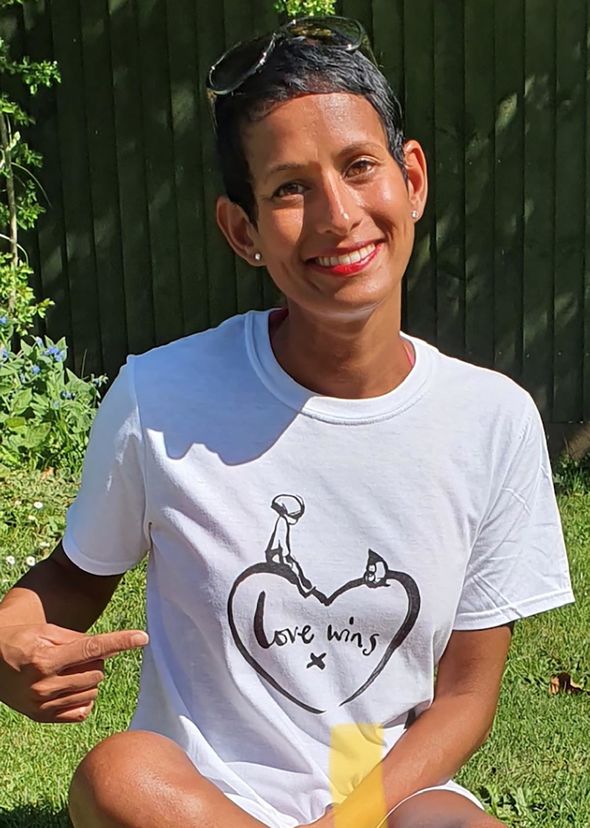 Naga discussed: “I went in and the side of my face was black, I had a black eye.

“I said it was a squash injury and you could see everyone’s concern. James refused to play squash with me for three years afterwards.”

Later on in her chat, Naga added: “James and I have horrendous tempers.

“We don’t row but we are brutal to each other if we have annoyed each other. It is out there, it is said, job done.”

This comes after Naga filed an equal-pay complaint against the BBC in 2017.

Three years down the line, the presenter told The Guardian how she, Louise Minchin, Dan Walker and Charlie Stayt are all now on the same wage.

The TV host explained: “The outcome is that all four main presenters of BBC Breakfast are paid equally for their work.

“That wasn’t the case and it is now the case.”

Naga proceeded to announce: “There are four main presenters who present three days a week, we do the same job, we have the same level of responsibility, the same expectation; we should be paid the same.”

The broadcaster has been one of over 100 female workers at the BBC who have been involved in an equal-pay complaint.

Naga started to work with BBC Breakfast in 2009, which led on to her main presenting role five years later.