BBC Breakfast star Naga Munchetty, 45, sent her colleague a loving message after she announced her last day on-air as BBC newsreader on Tuesday. Carrie is best-known for being China Editor for BBC News, until she stepped down from the role in 2018 over “pay discrimination issues”, returning to her former post in the newsroom.

Taking to Twitter, Carrie shared a sweet message with her followers of her final goodbye from the news desk after 33-years on-air.

“My last day on air. After 33 years, time to do something new,’ she wrote.

“Proud of a few things: told the China story, fought for a fair workplace, gave away the back pay I won, wrote the book.

“But most of all grateful to audiences and brilliant colleagues. THE BEST. I’ll miss you.”

The comments section was flooded with messages from fans, all wishing her well on her next endeavour. 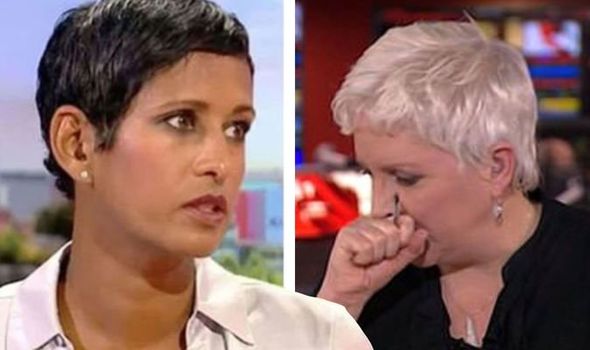 Among those to send their luck was Naga, who sent a simple yet touching sentiment her way.

“Will miss you,” she wrote.

Others described her as an “inspiration” who made a “stand against sexism” in the workplace, and noted it was a “sad day” for the Beeb to lose such a “professional” journalist.

Elsewhere, Naga was left distraught after her co-star Carol Kirkwood officially announced how many days it is until Christmas.

After what has been a tough and worrying year for many, the thought of the festive period is probably at the back of people’s minds right now.

But not for Carol. The meteorologist, who always brings cheer and enjoyment to BBC viewers, wanted to give her fans a little something to look forward to after the difficult few months we’ve had. 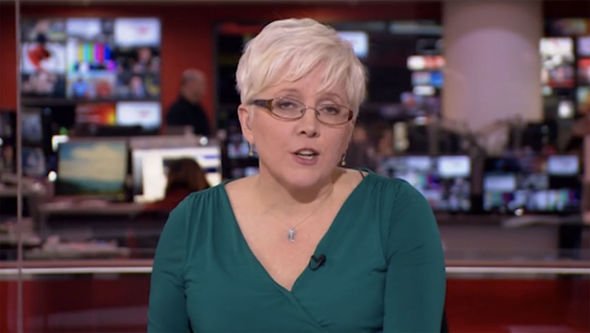 Sharing the news with her Twitter followers, she announced how many days are on the clock but Naga was less than impressed.

“Someone has just told me, 4 months today will be Christmas Day! What?!” Carol wrote, just as shocked as everyone else how quickly 2020 has gone.

Her revelation received a mixed reaction from fans, and on the “too early” side was her BBC Breakfast colleague.

“You. Be. Quiet,” Naga snapped; a harmless joke to get Christmas talk shut down quickly.

The weather presenter replied with a host of cheeky emojis, while others agreed with Naga that it was far too early to be talking about the winter festivities.

A second hopped on the host’s joke: “Yes Carol. Please. Be. Quiet,” they said with a laughing face.

“C word not allowed in our house until December,” a third noted their strict rules.

Another replied: “Quiet at the back. Love Carol but using the C word this early is just not on!! Naga is totally correct.”

Others shared their excited, but with coronavirus still very present, it’s still all very up in the air with how our Christmas’ will be spent this year.