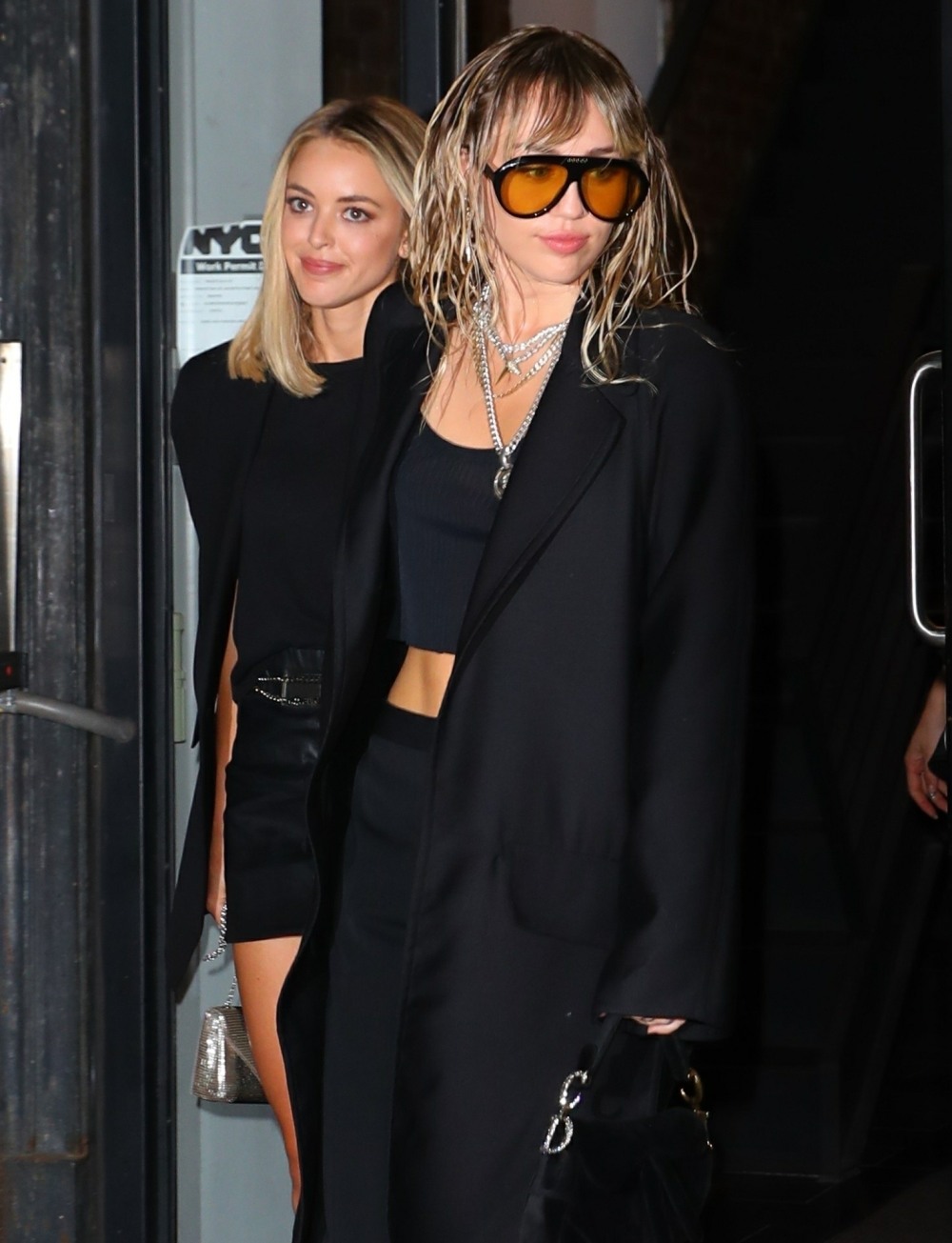 I’ll say this at the top, so there’s no misconception: Miley Cyrus is bisexual or pansexual, however she’s describing herself these days. She used to say she was pansexual, but in an interview this year, she called herself bisexual. All that being said, I truly feel like there is a performative nature to Miley’s current jumpoff-relationship with Kaitlynn Carter. Miley usually “performs” how in love she is, and we just got used to seeing her perform her love with Liam Hemsworth. But this Kaitlynn Carter thing is new and it is LUST. Miley wants us to know just how lustful and avant-garde they are. She will perform her love/lust for Kaitlynn for a room full of people.

Miley Cyrus and Kaitlynn Carter are still all over each other. Cyrus, 26, and Carter, 31 were spotted swapping spit in coordinating black outfits as they hit a private New York Fashion Week event at trendy NoHo bar and restaurant Acme late Tuesday.

“[They] legit made out against a wall like the entire night,” a spy told Page Six, adding they were in full view of other attendees. We’re told they were in one of the back booth areas of the downstairs bar, where Cyrus sat on the top of a couch for a while with pals “just casually listening to music” and “sipping on cocktails.”

“[Miley] was all touchy-feely with Kaitlynn the whole night and kept making out,” the source added. “During the night, they stood up and started dancing with their friends in the section they were in and kept making out against the wall.”

The duo was also seen holding hands outside the hot spot as paparazzi snapped their pics. This isn’t the first time they’ve shown some PDA, as they were seen “basically having sex” at a club in West Hollywood, kissing backstage at the MTV VMAs, looking cozy at a VMAs afterparty (which Brody Jenner also attended), as well as admiring each other during Tom Ford’s New York Fashion Week show.

Miley is that woman with her first girlfriend and she wants everybody to know that SHE’S DATING A WOMAN, OKAY? I’ve said before that I don’t really think Miley has some deep connection to Kaitlynn. I think Miley was married to Liam and she wanted to experiment and Liam was like “I don’t want that” and Miley was like “whatever, I do what I want” and that’s how their marriage fell apart and how Miley and Kaitlynn became a thing. Kaitlynn was supposed to be the experimental side-chick, now Miley has to make her into a jumpoff/official girlfriend. I really do wonder what Miley’s next phase will be and what Kaitlynn will do in five months. 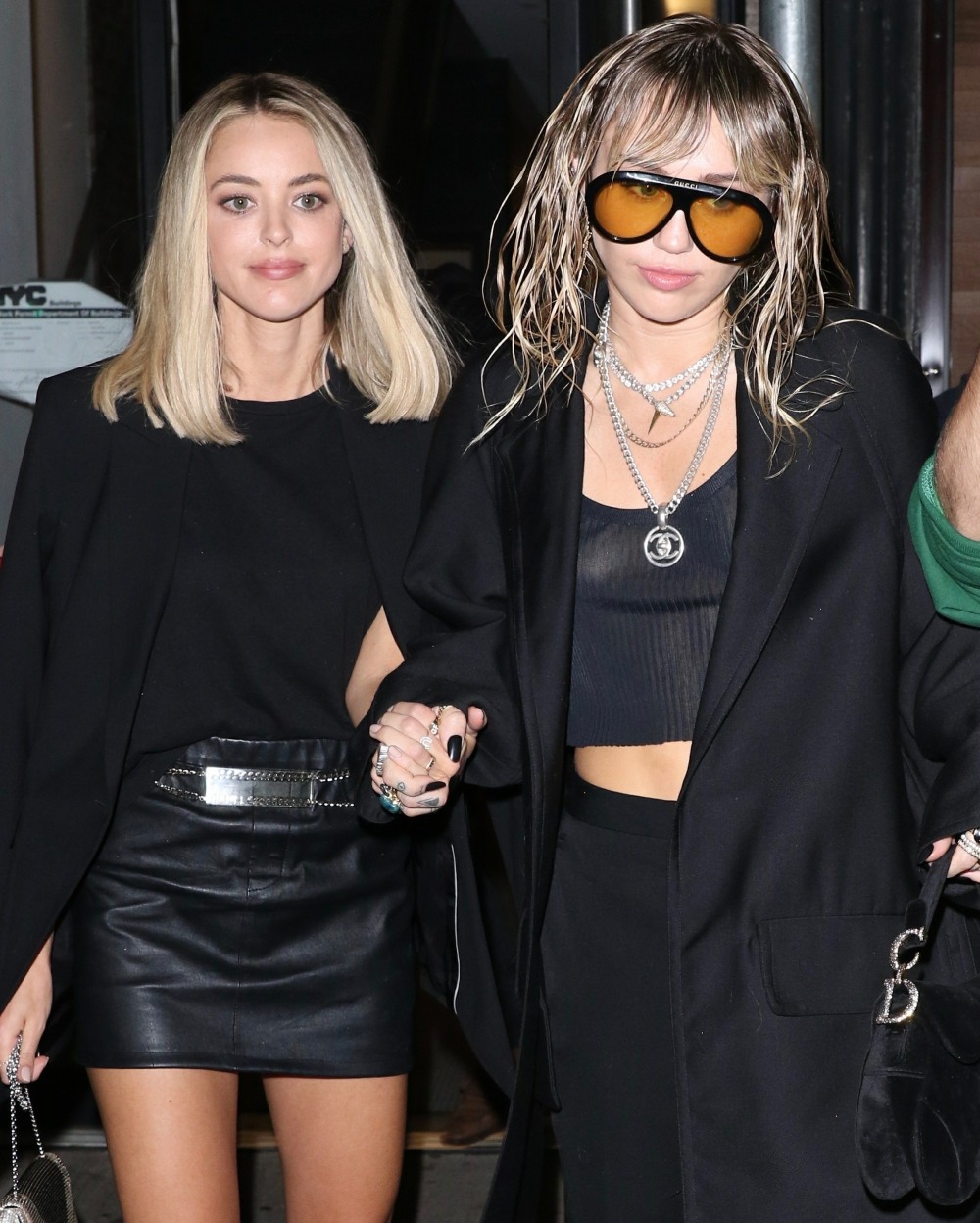 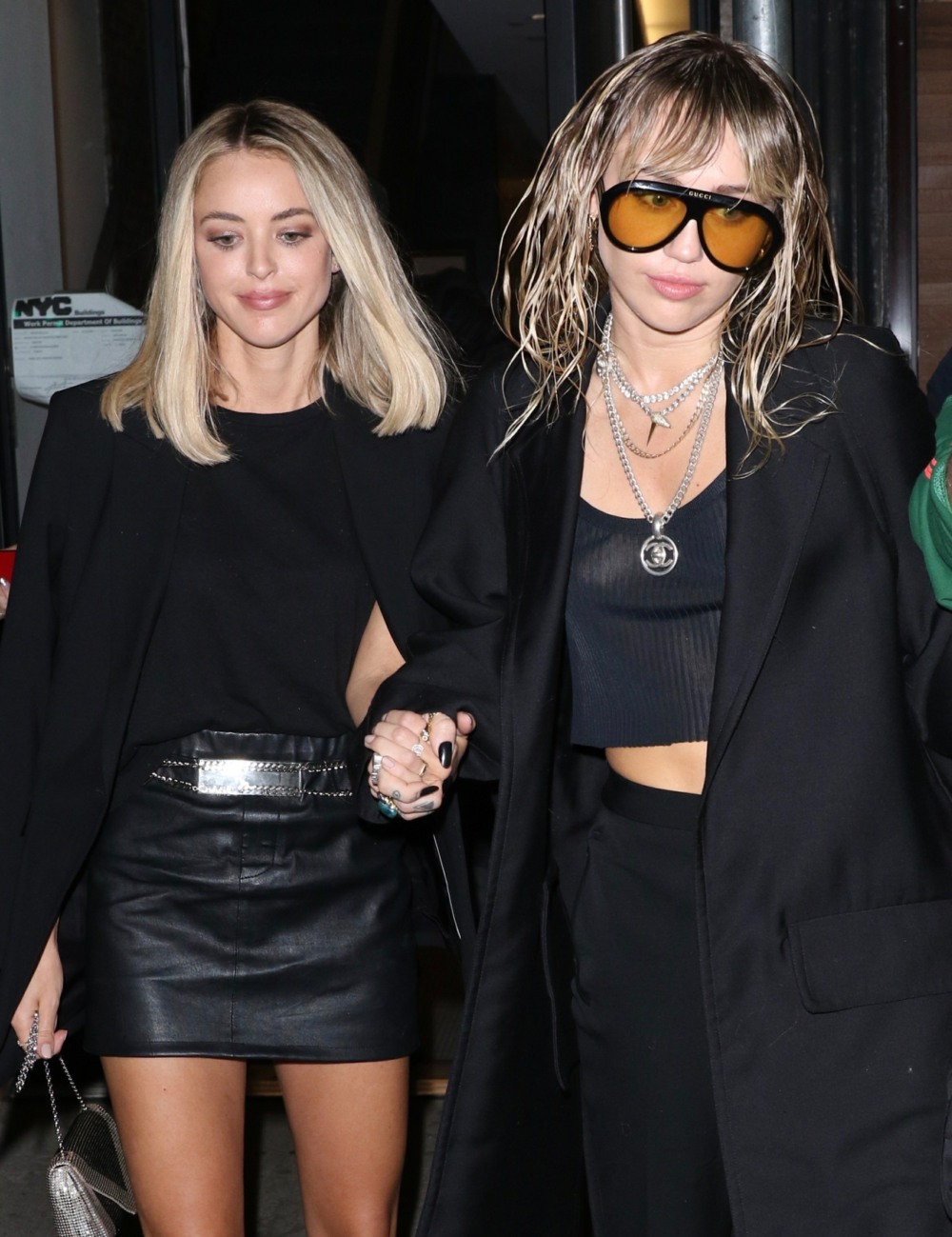