Midsomer Murders cast member Neil Dudgeon, 59, has revealed he and his co-star Nick Hendrix, 35, struggle to keep their composure when filming scenes for the ITV show together at times. In an exclusive interview with Express.co.uk, the actor explained the DS Jamie Winter star is “a terrible giggler” and that he finds it hard not to “lose it” with him when he bursts into laughter on set.

Neil divulged: “Nick is a terrible giggler, so once he starts you’ve got a few minutes of waiting for him to get back under control because he can get quite giggly.

“But I have to confess I’m a bit like that myself so we have to try and ration the points at which we both lose it.”

Neil, who plays DCI John Barnaby in the show, went on to say the duo have to “help each other control themselves”.

He continued: “If we both lose it at the same time then it takes 10 or 15 minutes so we have to help each other control ourselves.” 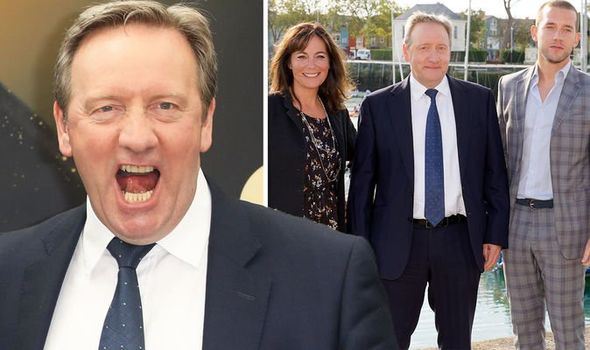 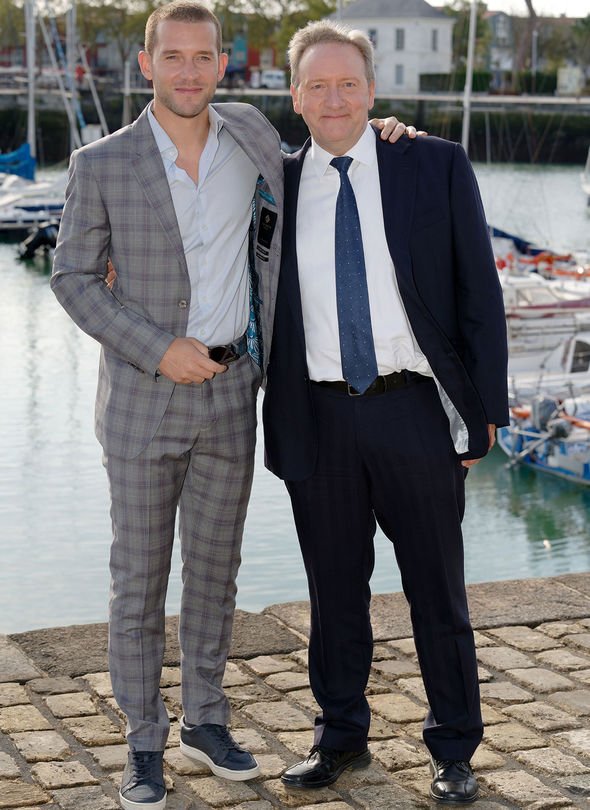 The star also said that his former co-star Jason Hughes, who played Detective Sergeant Ben Jones from 2005 to 2013, struggled with getting the giggles too.

“You get a few of those now and again, it’s important an actor is relaxed and is bonding with his fellow actors.

“When it looks like Nick and I are just mucking about and having a laugh, we’re actually doing very serious background work for our characters and our relationships, that’s very important,” Neil quipped. 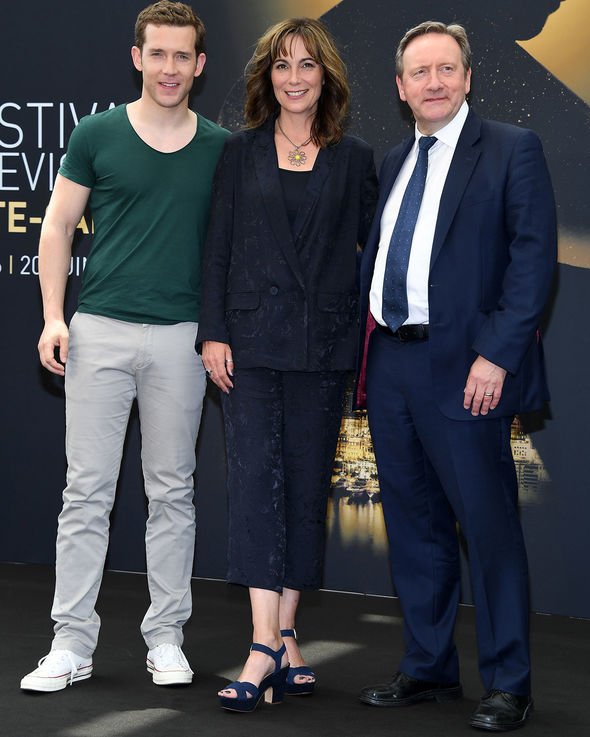 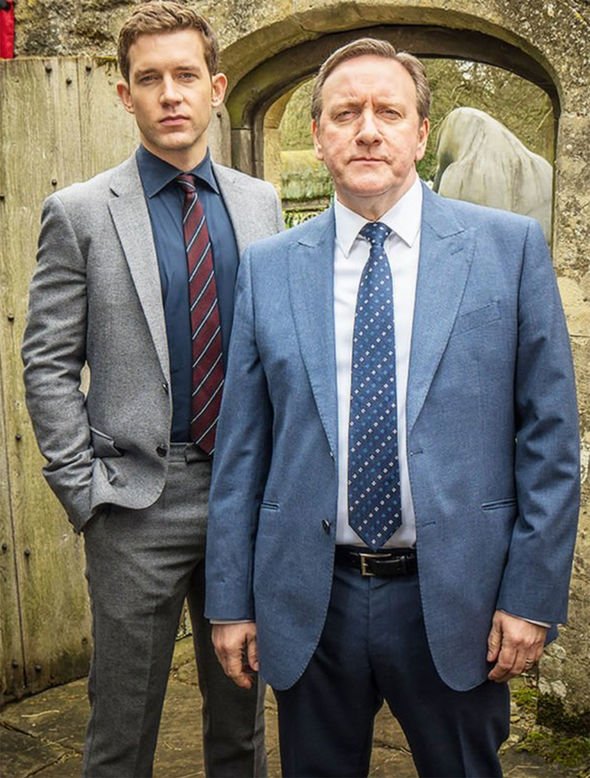 In spite of having to fight against the urge to laugh during takes, the Midsomer Murders favourite credited working with Nick and his on-screen wife Fiona Dolman, who plays Sarah Barnaby, as some of his highlights of being part of the ITV drama’s cast.

Neil said: “There’s so many marvellous parts of playing John Barnaby, he’s surrounded by marvellous people, we always have fantastic guests coming in and playing the other parts.

“We’ve got a fabulous crew, many of whom have been with us for many years, so it’s kind of like we live in our own little mobile Midsomer village and obviously we work out in beautiful countryside, we get to visit lovely places and lovely villages and stately homes and nice big houses.

“My regular partners in it, Fiona and Nick Hendrix, are very lovely and very brilliant and we have a nice time together and it’s great fun being in scenes together.”

Elsewhere, Neil reflected on the terrifying moment he was  forced to face his fear of heights while filming a dramatic scene for the series.

He recalled: “One time they came up to me before we started shooting and asked, ‘Have you got a problem with heights?’ And I said, ‘I have actually, I’m not good with heights’.

In spite of his protestations to producers, Neil explained he couldn’t get out of filming the scary scene and added: “So we shot this denouement scene that was on the edge of a cliff, it was quite a high cliff, it was like 100 feet.

“So for me being a bit not good with heights, if you get near the edge you go a bit swimmy, so that was a bit tricky.

“The weather had been beautiful for weeks, but then the two days we were filming there was a gale blowing, a real, proper gale and people were being sort of blown around in the wind. And you think, we’re going to be on the top of a cliff in a gale, being blown over the edge of this cliff, this is a joke.”

The star explained the show had to bring in health and safety measures due to the risky weather conditions at the time.

Neil continued: “They had to get health and safety people to put stakes in the ground and find trees that were secure and tie us all to trees and all sorts of things so we weren’t in danger of falling over this cliff.”

Watch every episode of Midsomer Murders on BritBox. Visit BritBox.co.uk to register for a 30 day free trial.

Midsomer Murders airs tonight at 5.05pm and 9pm on ITV3.