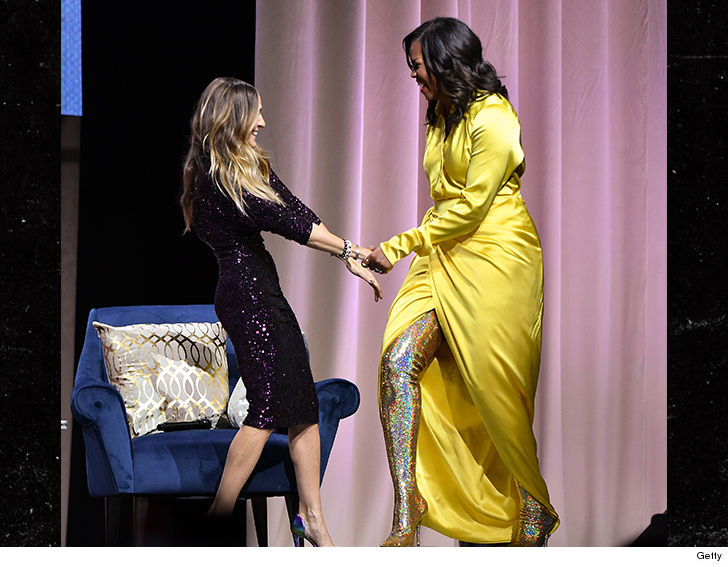 Michelle Obama stuck to her motto during an event in NYC with Sarah Jessica Parker — when others go low, she’s going high … as in super thigh-high boots and a matching slit in her gown.

SJP was with the former First Lady Wednesday night at the Barclays Center to discuss Michelle’s best-selling memoir, “Becoming.” MO brought her couture A-game … draped in a gorgeous bright yellow dress and a pair of metallic gold knife over-the-knee boots from Balenciaga. 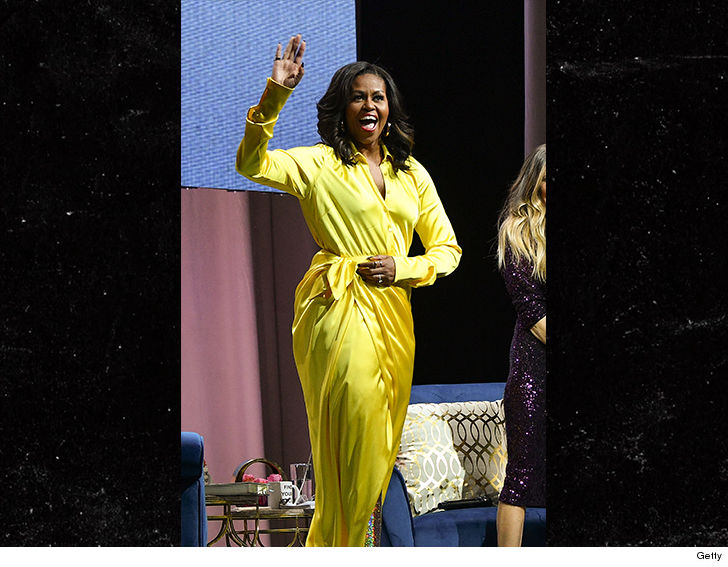 As great as Michelle looks here, “Becoming” is sitting just as pretty at #1 at the top of a lot of bestsellers’ lists, including the NYT and Amazon. She’s also No. 1 across the pond, having just become the first woman to sell the U.K.’s best selling Christmas book since J.K. Rowling in ’08.

It feels like a lifetime has passed since Mrs. O delivered her “go high” message at the Democratic National Convention, when Hillary Clinton accepted the nomination.

Of course, she wasn’t referring to fashion then … but it clearly applies now.