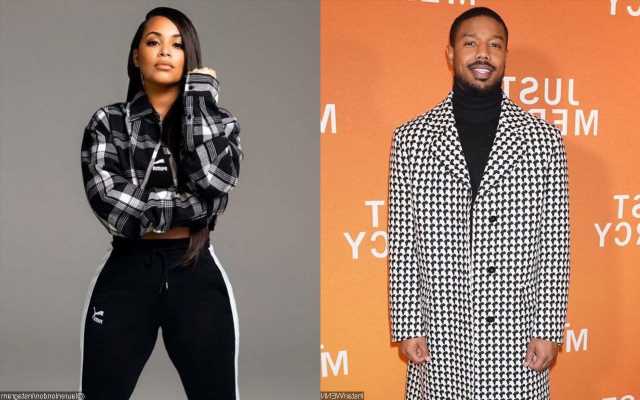 Sharing that he reaches out to the partner of slain rapper Nipsey Hussle for the acting gig, the ‘Black Panther’ actor says Lauren helps him ‘so much when it comes to, talking about grief.’

AceShowbiz –Michael B. Jordan has nothing but respect for Lauren London. In a new interview with Hello Beautiful, the “Black Panther” actor sang his longtime friend and the partner of slain rapper Nipsey Hussle praises as he talked about their new action-suspense film, “Without Remorse“.

Sharing that he reached out to Lauren for the acting gig, Michael said, “She’s been away for a while and she’s one of the strongest women I know and been through so much. So, I had a crazy idea one night and was like, ‘Would you want to come do this?’ And then sent her the script and she thought she could bring something to the table. And she had something to offer and felt like it would be good for her.”

“As artists, I think we express ourselves and, it’s therapeutic sometimes to get on set and to be able to do the things that we do,” the actor went on to say. Michael also stated that Lauren, who plays John Clark’s (Michael) murdered wife Pam Kelly, “helped me out so much when it comes to, talking about grief.” Additionally, Michael noted that they “talked about the mind state of where Kelly would be at on certain things and just seeing a strong black woman in that way and be able to support me the way she did, I thought was extremely incredible.”

Michael also gushed about Jodie Turner-Smith, another leading lady in the Amazon movie. “I thought it was incredible. I think it was much needed to see that representation,” Michael said of Jodie, who portrays commander Karen Greer.

“Black women are the foundation and are the support system of us in general. So to be able to have that in a movie – to see it, I think was pretty cool. Being able to do those action scenes and to see him operate between both spaces in the field, carrying a gun, and also dressed in her blues and in the boardroom with generals and their commanding officers, I thought it was incredibly strong to see,” he went on to say.