Michael Avenatti didn’t skip a beat as he paid President Trump a compliment. Yes, you read that correctly, but we admit it was a pretty backhanded one.

We got Avenatti hitting up Craig’s Monday night in WeHo and wanted to get his 2 cents about Trump’s plan to attend Wednesday’s memorial service for former Prez George H.W. Bush. As you know … Trump also paid his respects Monday in the Capitol Rotunda. 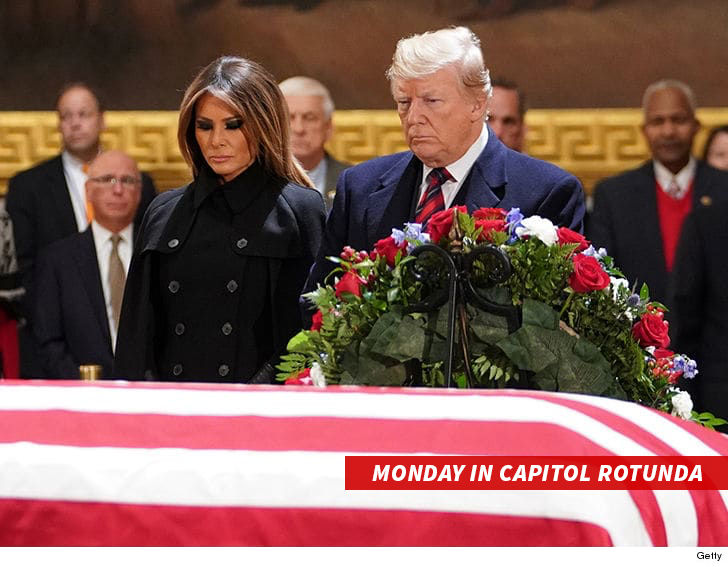 Trump is not expected to speak at Wednesday’s service, but will meet privately with the Bush family. Still, the fact he’s decided to honor President Bush has Avenatti — perhaps the most harsh Trump critic — giving 45 props. We’re pretty sure it’s the first time ever.

Also, it’s official now … we won’t see them go head-to-head in 2020, because Avenatti said he’s decided NOT to run after his family asked him to stand down.

Of course, he still vows to keep fighting for Trump’s ouster from the White House … and to rep Stormy Daniels “and others against Donald Trump and his cronies.”