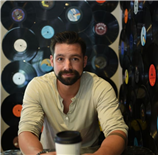 Few contestants in the history of the Bachelor franchise have captured the hearts of viewers quite like Michael Allio.

A widower and single father, Allio removed himself from the competition during Katie Thurston’s season, a decision that broke the hearts of countless fans.

For many — perhaps even most — who watched Katie’s season, Michael was not only the contestant that they found themselves rooting for, he was the one who seemed most likely to receive Thurston’s final rose.

Alas, it wasn’t meant to be.

So when the time came to choose Matt James’ successor as star of The Bachelor, it was widely assumed that Allio was a shoo-on for the job.

But to the surprise of many, producers cast Clayton Echard, a mostly-forgotten cast member from Tayshia Adams’ season of The Bachelorette.

Tayshia says Clayton will make the perfect Bachelor, and fans have mostly warmed to the idea of this relative-unknown taking on the role of next season’s lead.

Still, however, there are those who wish that Allio had been chosen as the next Bachelor.

Naturally, Allio has given the matter a good deal of thought himself, and he shared his feelings about the casting news during a recent interview on Nick Viall’s “Viall Files” podcast.

“Hm. I don’t know,” Allio answered when asked why he had not been chosen as the next Bachelor.

While clearly disappointed by the decision made by the show’s producers, Allio made it clear that he harbors no ill will toward Clayton.

In fact, Michael says he’s confident that the Echard will be able to capably fulfill his duties as Bachelor.

“I’m sure the next one is going to be a really good one,” he told Viall, without mentioning Clayton by name.

(This may have been part of an effort on Michael’s part to ensure that Echard would not be drawn into a casting controversy that might distract attention from his recent good news.)

Asked if he had any regrets about going on Katie’s season and sharing his story with the world, Allio was definitive in his response:

“Honestly never question whether or not I’d regret going on Katie’s season,” he said.

“I made a lot of good friends, Katie’s Awesome and honestly would do it a million times over again.”

Michael went on to reveal that he had been approached by Bachelor producers about the possibility of assuming the lead role, and while he did not turn the job down, he made it clear that he had reservations.

“There have been discussions. No decisions have been made,” he said on the September 8 episode.

“I had reservations being a contestant. Those are even heightened when you’re the lead,” Allio revealed.

“Obviously, there’s, you know, a lot of shiny things that come with the lead, but sometimes not everything that shimmers is gold here. … My son, my lifestyle, what do I want after this?” he asked.

“Am I ready to introduce my son to random people that he doesn’t know? Maybe. I don’t know.”

Allio revealed that if he had been cast as the show’s lead, he would have insisted that his son James be permitted to live with him on set.

“If I was the Bachelor, 100 percent James would be there. They’ve made accommodations for people in the past,” Michael said, presumably referring to Juan Pablo Galavis, and other contestants who had children during their time on the show.

“I’m 37. I’m not looking to date around and do all that. Casting is totally different, location is different.”

So it sounds like the decision to go in a different direction — while not quite mutual — was made with everyone’s best interests at heart.

That news won’t do much to console Michael’s biggest fans who were no doubt looking forward to seeing him in the lead role.

But on the bright side, at least he hasn’t closed the door on becoming the Bachelor sometime in the future!