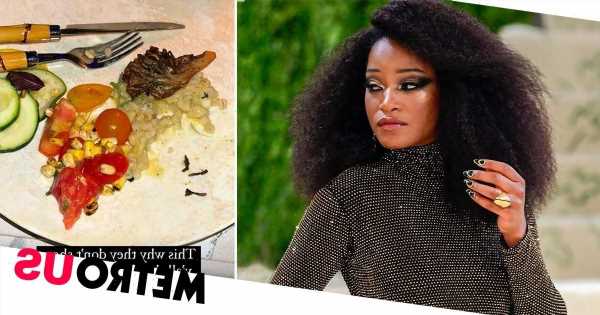 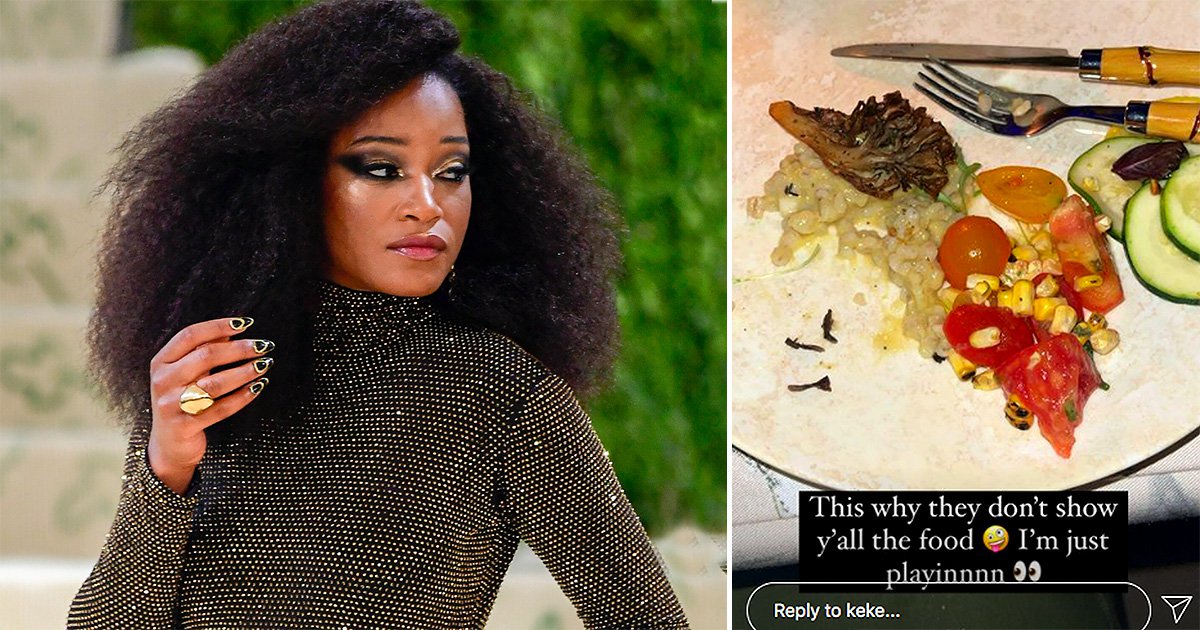 In case you were wondering, the meal at the Met Gala wasn’t as bad as Keke Palmer’s Instagram made out.

The likes of Gigi Hadid, Kim Kardashian and Lil Nas X sashayed down the red carpet in all its brilliance, but inside the event Keke shared an insight into what the famous names were stuffing down the gullets.

Her plate showed the remains of barley, a pile of tomatoes and corn, a few slices of cucumber and one lonely mushroom on a very fancy piece of crockery.

The Hustlers star joked in the caption: ‘This why they don’t show y’all the food. I’m just playinnnn.’

Now Marcus, a Swedish-Ethiopian chef who won Bravo’s Top Chef Masters in 2010 and is head chef behind the Red Rooster in Harlem, and who helped select 10 top local chefs who created the all-vegan menu, insisted Keke’s photo is not an accurate description.

Speaking to TMZ after the internet compared the meal to that of the sad offerings at Fyre Festival, he said the three-course vegan meal was delicious, and that he got ‘incredible’ feedback from other attendees.

The chef said: ‘Food, like anything, is a matter of taste, and it tasted plenty good.’

He added on Instagram: ‘I couldn’t have been more proud of the #MetGalaChefs who created a delicious and memorable meal for all the guests.’

Following the viral criticism for the meal, a rep for Vogue told Page Six that they were ‘so thrilled and grateful to have worked with’ Marcus.

The meal in Keke’s picture seemed to be the main course created by Bengtsson and Park, consisting of creamy barley with corn, pickled turnips, and roasted maitake.

This was preceded by a fresh salad, and dessert was an apple mousse and apple confit with a calvados glaze, all served in the shape of… well, an apple.

The seated dinner was served in the Metropolitan Museum of Art’s Temple of Dendur, with food served on hand-painted plates from Tory Burch’s Oiseau collection, and guests’ names written on autumnal leaves rather than traditional paper place settings.

Trees and hedges lined the room, while different North American flowers were used as centrepieces to fit the theme of In America: A Lexicon of Fashion.

As well as a live band and dance performances, guests were also treated to a surprise performance from Justin Bieber, who sang Lonely, Hold On, Anyone and Baby at the end of the night.

The fundraiser was attended by a host of celebs also including Jennifer Lopez, Rihanna, and Megan Fox, as well as sports stars including Emma Raducanu, Simone Biles and Allyson Felix.