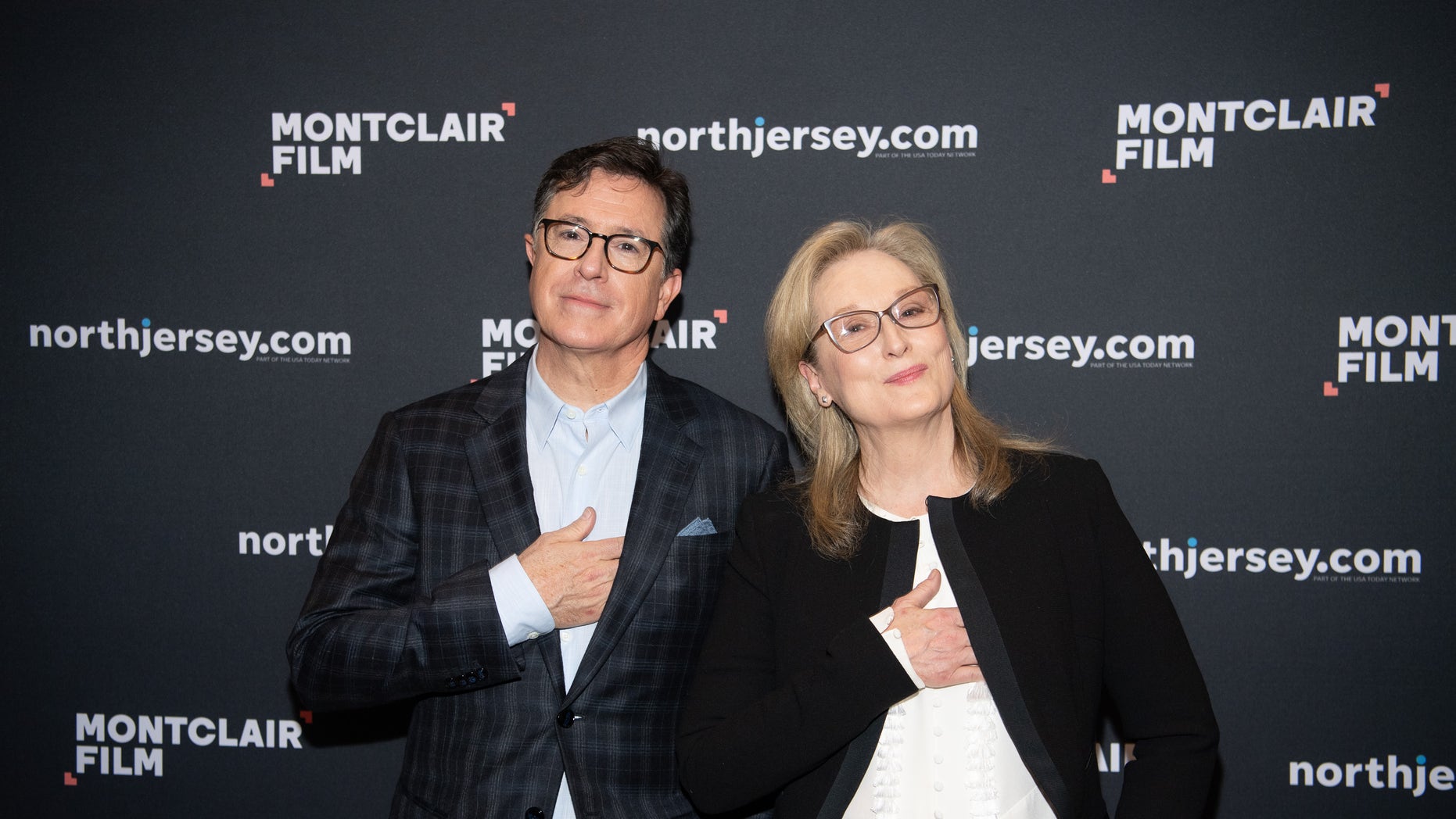 At a fundraiser hosted by Stephen Colbert over the weekend, actress Meryl Streep told the audience they should be afraid because President Trump’s children are “in jeopardy” and he may do "anything" to get them out of trouble.

Streep, 69, joined the “Late Show” host live onstage at the Montclair Film Festival’s “An Evening with Stephen Colbert” fundraiser in New Jersey. According to Variety, the host introduced Streep by referencing Trump’s previous characterization of her as “one of the most overrated actresses in Hollywood.”

Streep took the stage, wasting no time getting into the politics of the day. She said she empathizes with Trump now that his children are in the public eye, presumably referencing the fact that several of Trump’s kids have been put in the crosshairs of special counsel Robert Mueller’s investigation into Russia's alleged meddling in the U.S. 2016 election.

“I’m scared by [Trump],” she told an audience of roughly 2,800. “By his possibility. I empathize with him. I can’t imagine what his 3 a.m. is like. There is a gathering storm. Everybody feels it. He feels it. His children are in jeopardy and I feel that. I think, what if my children were jeopardy? I would do anything. Anything! To get them out of trouble. So we should be afraid.”

According to Vanity Fair, Streep also touched on a variety of other topics, including her early career, working-class wages, the expectations that society and the industry puts on women as well as her reaction to Patricia Arquette’s speech from the 2015 Oscars about wage equality.

“I was thinking about waitresses. There is no other job in the country where you can pay someone $2 per hour, except waitresses … because they get tips, supposedly,” she said of her uproarious reaction. “Some are good, some are bad, and some of them work in sh—y places where people can’t give them anything other than what the hamburger costs.”