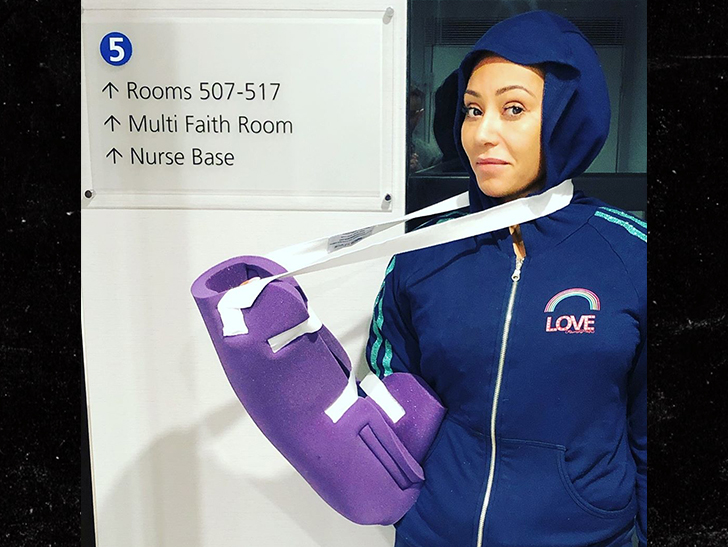 Talk about Scary Spice — Mel B says she got sent straight to the hospital after an accident left her with a severed hand and broken ribs that required immediate surgery.

The Spice Girls member posted a photo of herself on the mend early Monday that featured her in a sling … and a gruesome (yet vague) description of what happened. Mel says she required emergency care in London this weekend after suffering 2 broken ribs, a “severed” right hand … and a heck of a lot of pain. It’s unclear what caused this, but it sounds nasty.

Gary Madatyan, a close friend who has been in touch with Mel, tells TMZ, she was staying at a friend’s house Saturday night. She was asleep in an upstairs bedroom when she woke up and decided to go downstairs. We’re told the staircase was narrow and Mel lost her footing and fell.

Given her history of substance abuse, there are questions about the circumstances of the fall, however, Gary and Mel B’s lawyer, Taline Boyamian, say neither drugs nor alcohol played a role. Boyamian says Mel was due to fly into L.A. Sunday and take a court-ordered drug test Monday. Boyamian says Mel has a pristine record of negative tests since testing began and is almost at the finish line.

Mel thanks the doctors and nurses who are helping her recover through the ordeal, and says she was forced to cancel a book signing in New York because of the injuries. 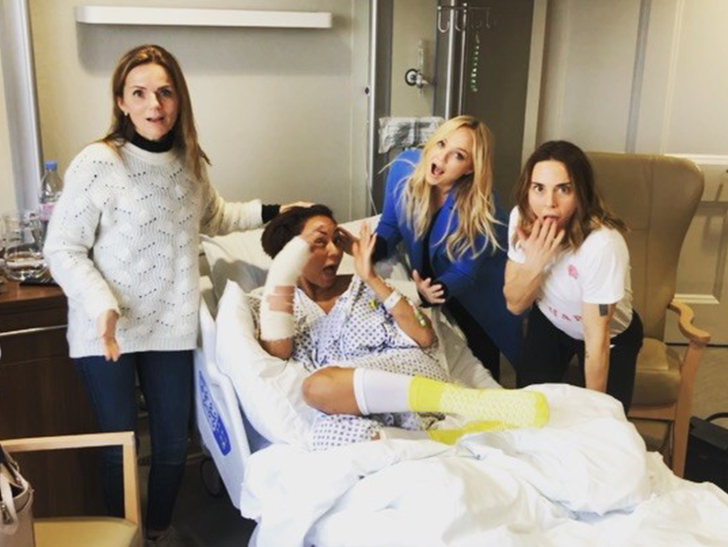 The upside … the other Spice Girls (sans Posh) came to visit her in the hospital, and they all posed for a sweet photo together. Staying true to their tunes we see!

As we reported … the Spice Girls are embarking on a new U.K. tour next summer, for which the 4 active performers are set to make over $3 million each — and possibly more if the show goes on.

Hopefully, Mel B is fully healed by the time she needs to hit the stage. Get well soon!