Melissa DeRosa resigned as New York Gov. Andrew Cuomo’s secretary on August 8, per CNN, and Megyn Kelly has something to say about it.

“It has been the greatest honor of my life to serve the people of New York for the past 10 years. New Yorkers’ resilience, strength, and optimism through the most difficult times has inspired me every day,” read DeRosa’s statement of resignation, per CNN. “Personally, the past 2 years have been emotionally and mentally trying. I am forever grateful for the opportunity to have worked with such talented and committed colleagues on behalf of our state.” DeRosa’s statement comes less than one week after New York State Attorney General Letitia James issued a report saying that Cuomo “sexually harassed” 11 women, per CNN.

On August 9, Megyn Kelly quote-tweeted a reporter who shared DeRosa’s statement, writing in response: “I’m sure the past two years have indeed been ’emotionally & mentally trying’ – must be quite taxing to try & hide thousands of senior citizen deaths after your boss Cuomo’s disastrous COVID order all while covering up for a serial sexual harasser. You must be exhausted.”

Due to the attorney general’s explosive report, many are now trying to get Cuomo to leave his position. Here are the details. 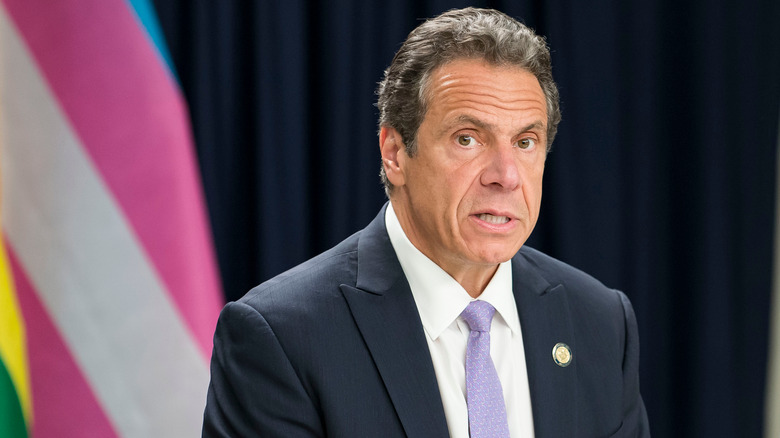 On August 3, New York State Attorney General Letitia James issued a report that said New York Gov. Andrew Cuomo “sexually harassed” 11 women, which included “current and former state employees,” per CNN. According to the report, Cuomo allegedly created a “toxic” work environment which allowed his supposed behavior to go “overlooked.” He pushed back against the allegations, saying he ​​”never touched anyone inappropriately or made inappropriate sexual advances,” according to the outlet. Now, political leaders are calling from him to step down from office.

President Joe Biden seems to want him out, according to an August 3 CNBC report. “He should resign,” he said. When asked if Cuomo should be “removed from office” if he does not resign, Biden added, “I understand the state legislature may decide to impeach, I do not know that for a fact.” Nancy Pelosi also made a statement in response to the allegations surrounding Cuomo on August 3, saying, “Under Attorney General Letitia James, a comprehensive and independent investigation into the allegations against Governor Cuomo has been completed. As always, I commend the women who came forward to speak their truth. Recognizing his love of New York and respect for the office he holds, I call upon the Governor to resign,” she said (via Newsweek).