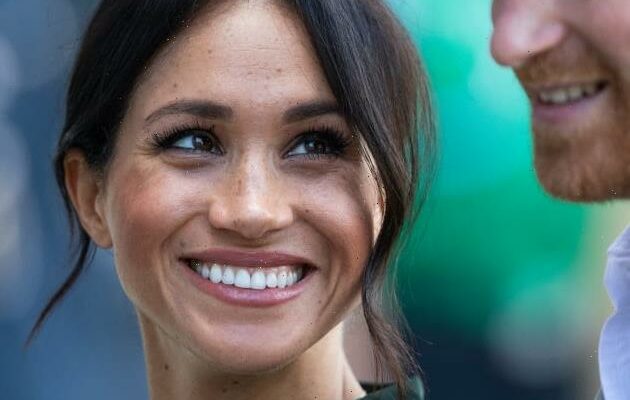 Meghan Markle is unafraid to drag members of the Royal Family.

And in a very public setting.

We learned as much when the Duchess of Sussex and her handsome husband, Prince Harry, sat across from Oprah Winfrey in March and basically called out residents of Buckingham Palace for being racist.

Markle told the talk show host that at least one Royal was concerned that Meghan and Harry’s son would have dark skin.

And also also told the talk show host that no one associated with this famous family cared one bit when she came to them with concerns about her own mental health.

Now, some folks out there are wondering if she’s about to do it again.

On Tuesday, the former actress announced that her first-ever book is on the way.

Will it expose the Royal Family to an even more damning degree?

Those who read beyond the headlines are aware that this will be a children’s book.

It will be titled The Bench and it will explore the bond between fathers and sons … as seen through a mother’s eyes.

In a press release, Markle explained that the book was inspired by a Father’s Day poem she wrote for her husband, Prince Harry.

The couple, of course, are parents to son Archie, who turns 2 on Thursday, and are expecting a baby girl this summer.

“The Bench started as a poem I wrote for my husband on Father’s Day, the month after Archie was born,” Markle said in a statement through publisher Random House Children’s Books.

“That poem became this story.”

The book is illustrated by Caldecott-winning artist Christian Robinson.

As you can see a bit farther above, the tome’s jacket features an image of a bench beneath a tree, with chickens nearby.

In the press release, Markle is described as “a mother, wife, feminist, and activist” who “currently resides in her home state of California with her family, two dogs, and a growing flock of rescue chickens.”

In Meghan and Harry’s very widely-watched interview with Oprah, the spouses said that they have a chicken coop called the “Chick Inn,” a favorite hangout for Archie.

“Christian layered in beautiful and ethereal watercolor illustrations that capture the warmth, joy, and comfort of the relationship between fathers and sons from all walks of life.

“This representation was particularly important to me, and Christian and I worked closely to depict this special bond through an inclusive lens,” Marke added this afternoon.

“My hope is that The Bench resonates with every family, no matter the makeup, as much as it does with mine.”

In one of these images, we see a father in military uniform warmly greeting his son.

Harry, of course, is a military veteran who served as a captain in the British Army.

The Bench will be available to purchase on June 8.