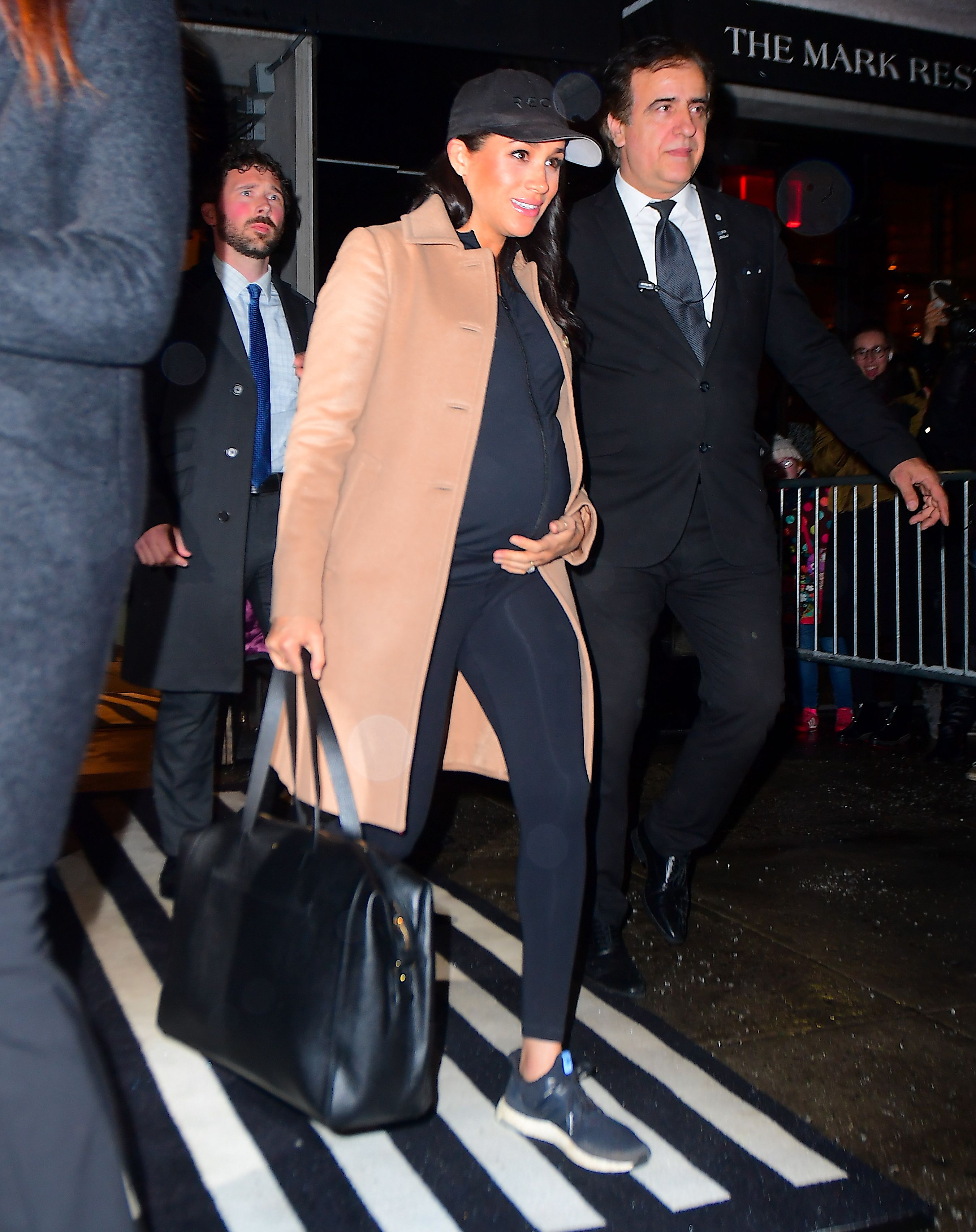 Meghan Markle’s baby shower festivities in New York City may finally be over. After gathering with friends for two days of pre-baby celebrations in the Big Apple, the Duchess of Sussex was spotted leaving her hotel to return home to London this evening. The royal mom-to-be sported a casual and low-key look that included a camel coat, a black zip-up athletic shirt, leggings, sneakers, baseball cap, and leather tote bag.

The duchess fêted with friends today for part two of her baby shower activities, which reportedly included food from Jean-Georges and flower arrangement-making at The Mark Hotel in the Upper East Side, sources told royal correspondents Omid Scobie and Caroline Durand. 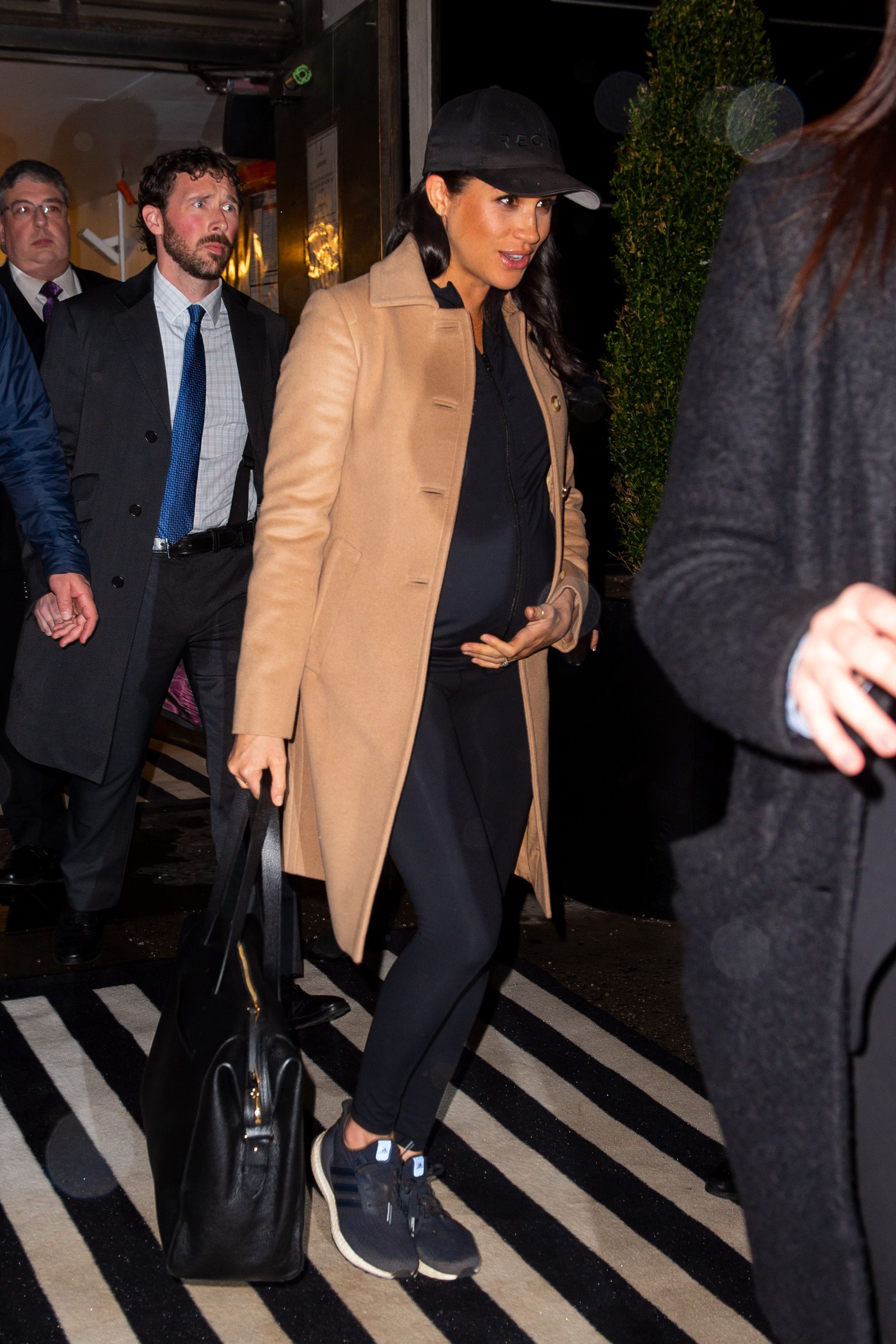 The details from yesterday’s gathering remain top secret, but we do know that Meghan and Abigail Spencer stepped out for lunch together in Manhattan’s Upper East Side. After the duo returned to The Mark Hotel together, Nonoo was seen arriving on location. Later that evening, Meghan was seen out to dinner with Williams, SoHo House’s Markus Anderson, and BFF Jessica Mulroney.

Meghan’s exit tonight comes shortly after Beyoncé paid tribute to her in a BRIT Awards video, on Instagram, and on her website in honor of Black History Month. Queen Bey also congratulated the royal on her pregnancy: “We wish you so much joy,” she wrote.

We wonder if Meghan’s seen the shoutout yet.