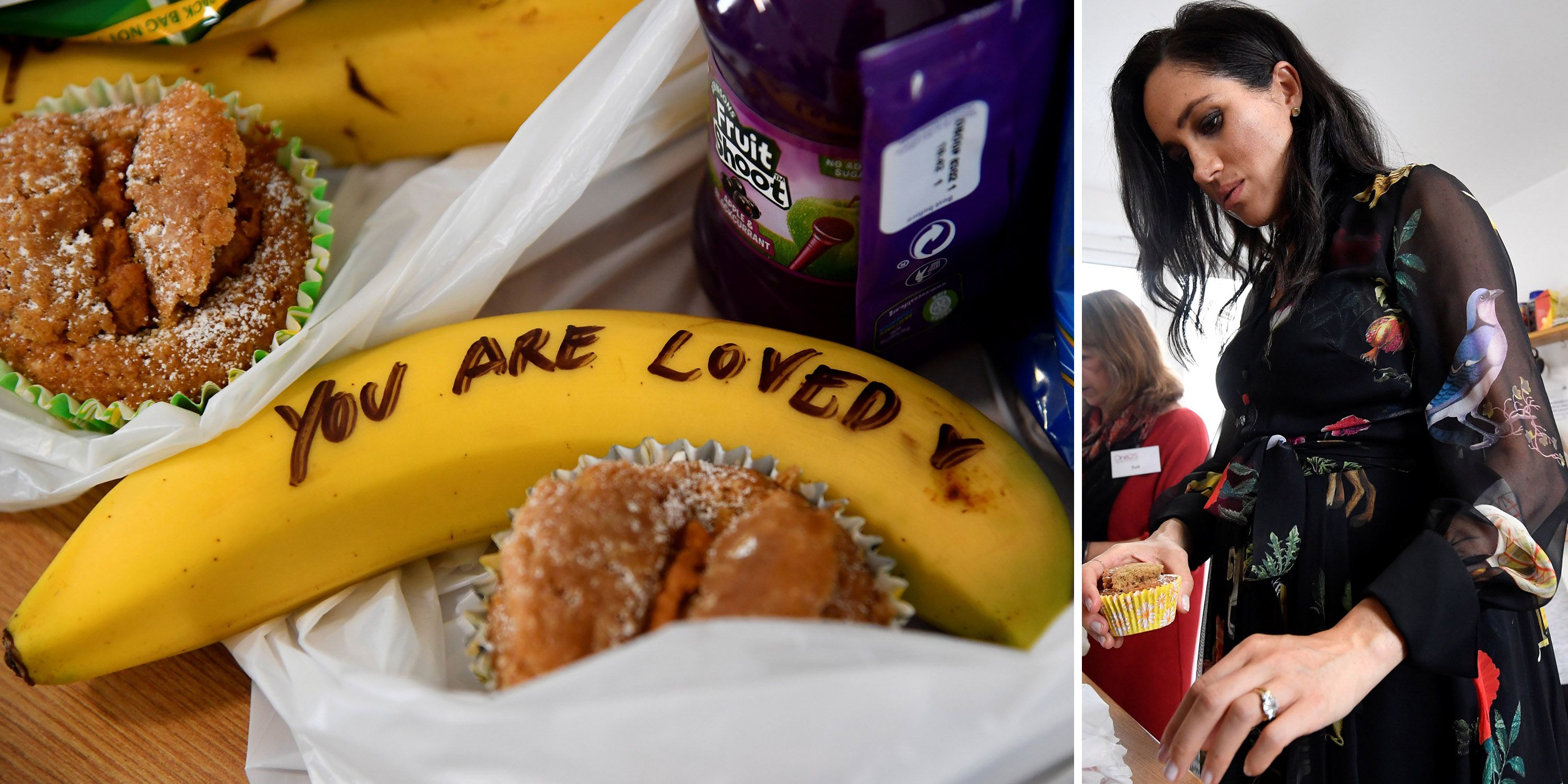 During their visit to Bristol today, Meghan Markle and Prince Harry secretly made a stop at One25 Charity, which helps women trapped in street sex work, and those struggling with addition, poverty, and violence. The royal duo met with volunteers, coordinators, and execs from the organization, royal reporter Omid Scobie tweeted.

One25 runs a mobile van program five nights a week, where volunteers hand out bags of food, clothing, first aid, condoms, safety alarms, and more to women trapped in sex work, according to its official website. During her visit, Meghan got to help prepare some of these bags and added a personal touch to each one: She penned a sweet message on the bananas. 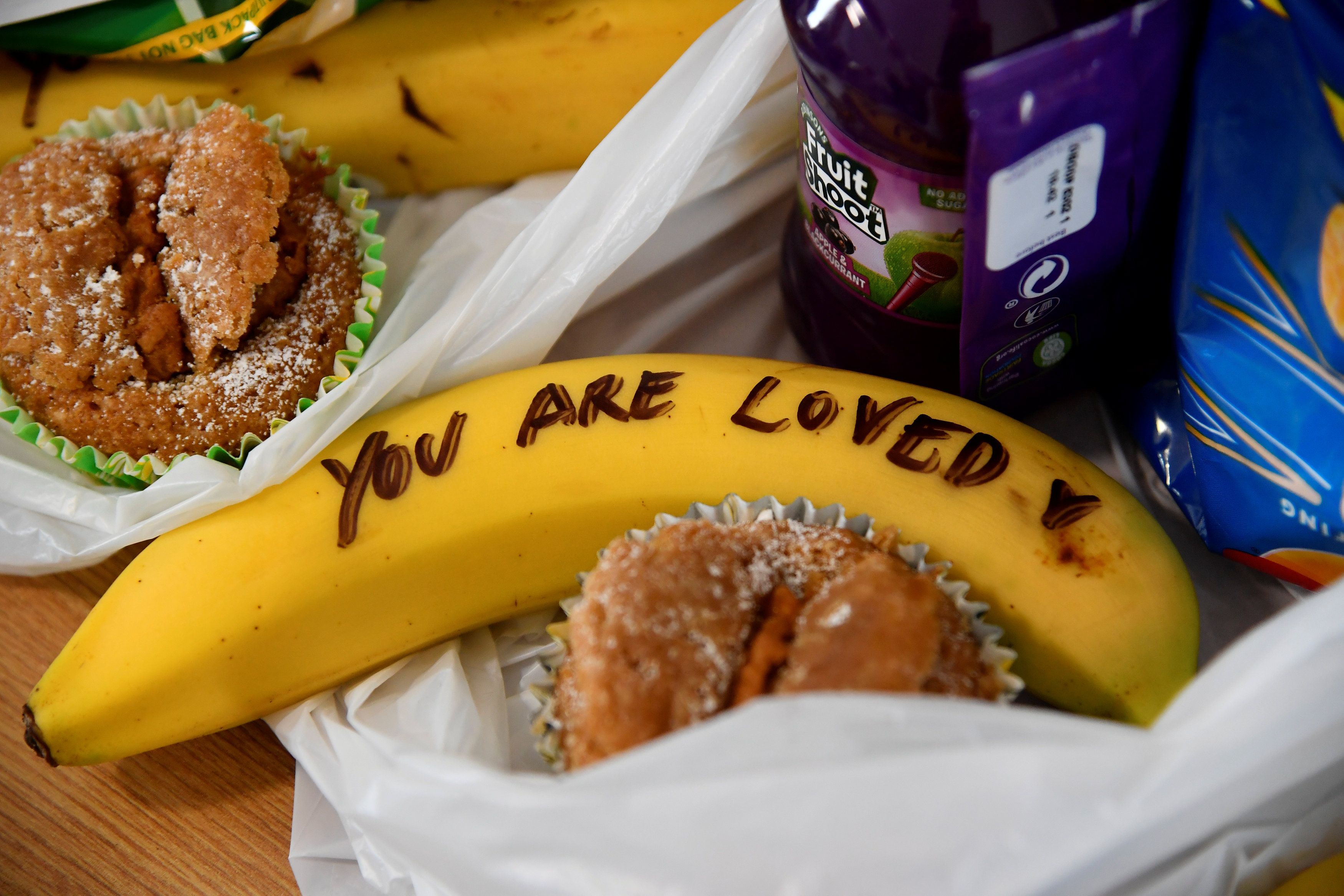 “Oh actually, do you have a Sharpie marker? I have an idea,” she says in a video captured while she was in the kitchen with the parcels.

“I saw this project this woman had started somewhere in the states, a school lunch program, and on each of the bananas, she wrote an affirmation or something to make the kids feel really empowered,” Meghan explains. “I thought it was the most incredible idea. It’s such a small gesture that makes a huge impact.”

As soon as she got the Sharpie, the duchess went right to work and jotted messages like “You are strong,” “You are brave,” and “You are loved” on the bananas.

She later joked that she’s “in charge of the banana messaging.”

Meghan, who became a UN Women’s Advocate in 2015, has long been a vocal feminist and continues to support women throughout her royal career. Her first solo project as a royal was releasing Together: Our Community Cookbook, which highlighted recipes from women who were displaced by the Grenfell Tower fire. And one of her first patronages, the organization Smart Works, supports women looking for employment.