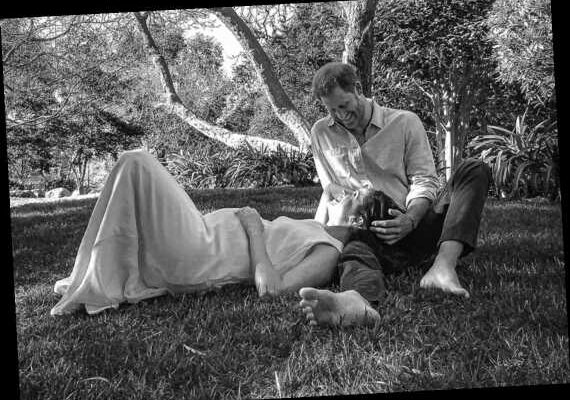 Meghan Markle and Prince Harry are about to be parents of a little girl!

After announcing their pregnancy last month, the couple revealed they are expecting a baby girl — a little sister for Archie — during their sit-down interview with Oprah Winfrey on Sunday.

"To have a boy then a girl — what more can you ask for?" Harry said.

They also said they won't have anymore children following their baby girl's arrival: "Two is it."

Prince Harry added of his feelings upon learning the baby is a girl, "Grateful, having any child, any one or a two would have been amazing, but to have a boy and then a girl . . . now we've got our family and we've got four of us."

Their second child is due this summer, they said.

RELATED: Where Will Meghan Markle and Prince Harry's Second Child Fall in the Line of Succession? Meghan and Harry announced their pregnancy news with a stunning black-and-white photo that was taken remotely via iPad by their friend and longtime photographer, Misan Harriman. A smiling (and barefoot!) Harry looks lovingly at Meghan, who cradles her baby bump as she rests in his lap.

The Duchess of Sussex wears a flowing dress by Carolina Herrera that was first made when she was pregnant with Archie. Meghan has a longtime rapport with the brand's creative director, Wes Gordon.

The happy news — which they shared on Valentine's Day — comes after Meghan revealed she suffered a miscarriage last July. "Losing a child means carrying an almost unbearable grief, experienced by many but talked about by few," she wrote in a searingly honest and heartbreaking New York Times essay on November 25. Get the premiere issue of PEOPLE Royals for glamorous new photos and inside stories royals fans haven't seen or read elsewhere! Subscribe at peopleroyals.com/launch

Meghan, 39, and Harry, 36, officially stepped down from their roles as senior royals last year. Their desire to have a normal family life played a role in their groundbreaking decision. A palace source previously told PEOPLE that by the time of Archie's birth, "they knew they were going to hit the nuclear button" on their royal exit.

When Archie was born, the couple's focus shifted even more to "doing what's right for their family," added another friend.