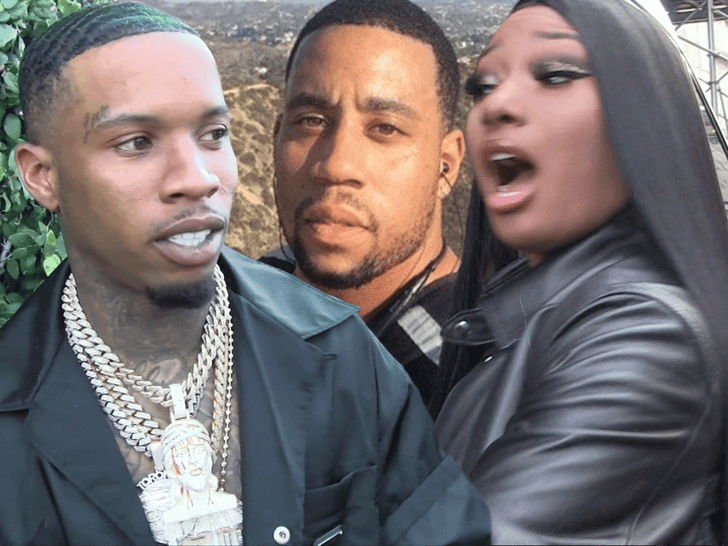 Megan Thee Stallion‘s bodyguard — a key figure in the Tory Lanez trial — has allegedly vanished into thin air … and cops are said to be on the case.

MTS’s attorney, Alex Spiro, tells TMZ … “We recently learned that Justin Edison went missing right before he was scheduled to appear in court. The LAPD is currently looking into his disappearance, and welcome any information about his whereabouts.”

The Shade Room — which first broke the news — reports that a separate source familiar with the situation insists Justin’s own attorney hasn’t heard from him since Thursday … and that he apparently has critical information about the case. That much we already knew.

Remember, this is the guy that Kelsey Harris — Meg’s ex-BFF who was in the car that night — texted almost immediately after the shooting, writing … “Help,” “Tory shot Meg” and “911.” Presumably, he could’ve provided more context to that … including any follow-up convos he had with either Kelsey or Megan. Now, though, it appears he’s nowhere to be found.

With uncertainty over whether Tory’s driver — who was also in the car that night — is going to testify (as of now, it doesn’t seem like he is) and a very hazy narrative laid out by Kelsey herself … Justin could’ve possibly been crucial to help swing this thing one way or the other.

Spiro’s concerns also seem to suggest foul play may be afoot, but so far … there’s no evidence of that. We’ve reached out to the LAPD to confirm whether Justin is, in fact, listed as a missing person at this point — and whether they’re actively searching for him.

So far, no word back.